Ruminations 80: Very Brief Thoughts on the Anniversary of 11 September 2001 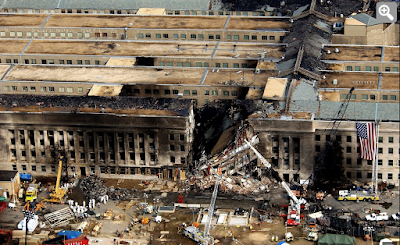 
The events of 11 September in New York, Washington, D.C., and over the skies of Western Pennsylvania caused tremendous personal suffering.  The loss of life reverberated out from the crash sites themselves to envelop family, friends and communities. It is this loss, and its effects, that ought to be at the center of the commemorations of the day.  That memory, and that pain, will mellow with time, though its significance will remain undiminished. But those were not the only lives lost. Equally important, and also worth commemorating today, are the lives lost from this day forward, as the United States sought to protect its honor, its interests, and dignity of the lives initially lost.  That has been an equally painful series of events for individuals, families and communities that will be affected for generations. I lack the power of eulogy for a tragedy so great and so long lasting.   I can grant no peace to those who have died and those who remain, nor power to bless and heal. But I like others do what we can by marking the day as a public sign of inward solidarity, by contemplating its significance, and by considering the relationship of this tragedy to us all.

11 September commemorates something else as well.

11 September shares something in common with 28 June 1914, the day that the Archduke Franz Ferdinand of Austria, heir presumptive to the Austro-Hungarian throne, and his wife Sophie, Duchess of Hohenberg, were assassinated in Sarajevo. Both spoke in the symbols of the times--in the early 20th century to the murder of the incarnation of an empire; in the 21st century to the murder of a mass of individuals who themselves incarnated the thing that their murderers hated most--the globalized world of law and politics and economics that marked the successful culmination of the hopes and plans of the Allies after 1945 (as bumpy and chaotic as that alliance might have been). The dates themselves, then, also might be understood to commemorate the end of eras.  28 June 1914 marked the beginning of the end of Europe as it had been understood for at least half a millennium.

From the long view, what was assassinated was the traditional notion of Europe itself (though this was to be a long painful death spanning most of the first half of the century. 11 September may eventually be understood as marking the end of the era that had its birth on the ashes of traditional empire in Europe and Asia in 1945. Just as 28 June 1914 might be understood to be bookended by May 1945, so 11 September 2001 might be understood to be bookended by the financial crisis of 2007-008.  If that is indeed the case, then what we commemorate, and what we mourn, are not just the many thousands of lives lost  and terribly affected, but also ends and beginnings.  In this sense we also mourn ourselves and our passage to something that may be quite distinct.  We, like all of the living, have little recourse but to move on and make the best of the trajectories over which few of us have any control.

Has the political-military tragedy of 11 September, together with the economic tragedy of 2007-2008, marked the end of the golden era of post WWII globalized multilateralism? The signs are not clear, though they are many (e.g., Thoughts on John Bolton: Address to the Federalist Society, Washington, D.C. on US policy toward the International Criminal Court).  This is a time of insecurity, of dynamic transformation, of revaluation of values, of the making and remaking of friendships, principles and institutions. What will emerge in its place remains to be seen.  And few of us will have a hand in its making. It s thus valuable, at this moment and in this time, to pause, if only for a minute, to take in the fullness, not just of the murders, deaths and destruction of so many lives and relationships, but also of the societies in which such lives are lived.  More than that, it is also a time to reassure the living, that all that loss, and all this transformation, will not have to be endured in vain.  It is to the last that, hoping to commemorate the day in a lasting way, that the living ought to dedicate themselves, so that we might permit ourselves the conceit that by those actions we bring a measure of peace to those who have gone before us.
Posted by Larry Catá Backer at 9/11/2018 07:43:00 PM

Email ThisBlogThis!Share to TwitterShare to FacebookShare to Pinterest
Labels: globalization, Law and Culture