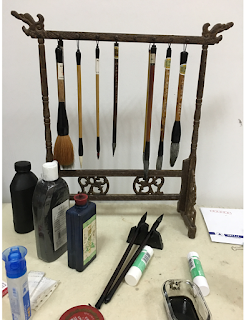 These are very dynamic times in China.  In the wake of the 19th Congress of the Chinese Communist Party in October 2017, China saw substantial and important changes in its Communist Party and its state organs. China has moved aggressively to advance its Belt and Road Initiative, expanding and complicating its relationship with developing states.  It has produced a vigorous alternative to the principles of global trade that have been substantially unchallenged for a generation. Relations with the United States, always tumultuous, has become more strained as the U.S., like China, roils out its own new version of a global trading order. China has moved as well to become a more significant player in the development of global norms in areas form human rights to the law of the sea. At the same time, China's projects of Yuan internationalization continues to move forward and its move into international development through the the Asia Infrastructure and Investment Bank poses a challenge to the hegemony of the World Bank and IMF.

It is in this context that a group of superb scholars will come together in Torino, Italy, to discuss these issues during the course of the 13th Annual Conference of the European China Law Studies Association (key topics for the 13th Annual Conference HERE; for the Conference last year in Leiden see HERE).  Since its founding in 2006, the European China Law Studies Association has become a major international venue for scholars and practitioners who are engaged in the study of Chinese law, from both comparative and interdisciplinary perspectives. The annual general conference provides an excellent forum for the exchange of information and ideas, as well as a platform for the development of research collaboration. Studies from disciplines other than law or interdisciplinary papers as well as submissions from young academics are expressly encouraged.

This Post includes the tentative program for the event. 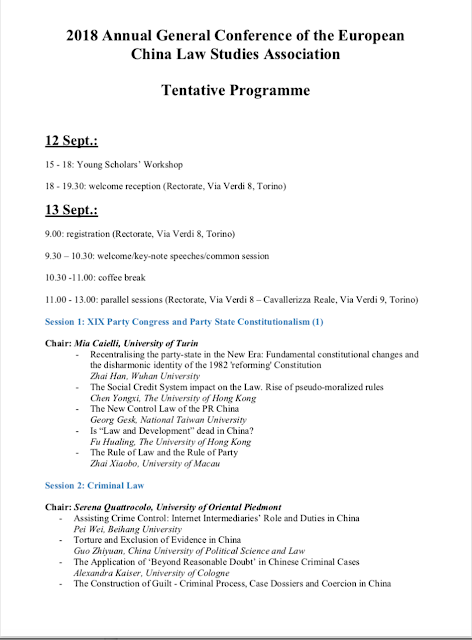 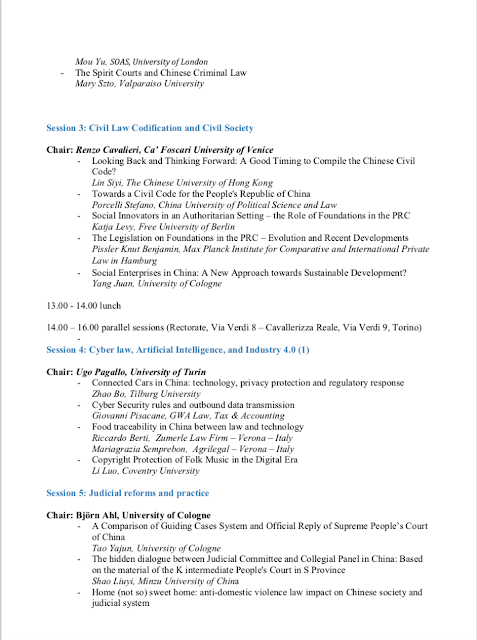 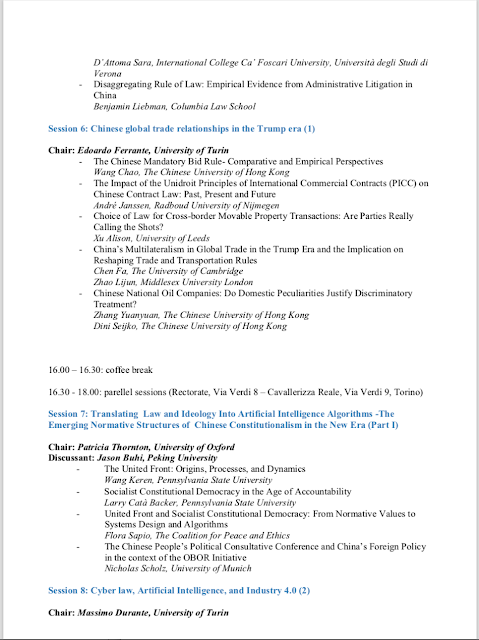 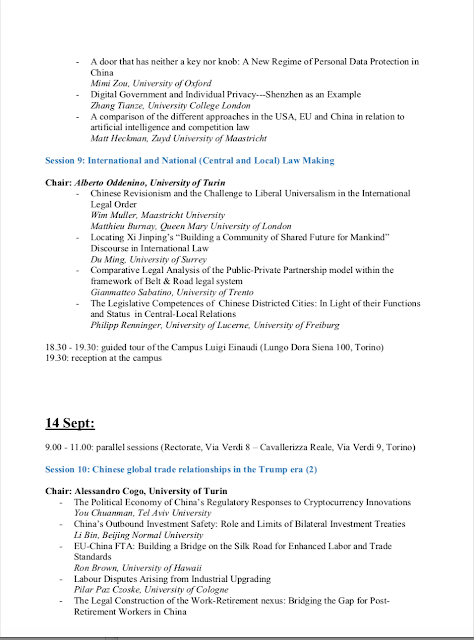 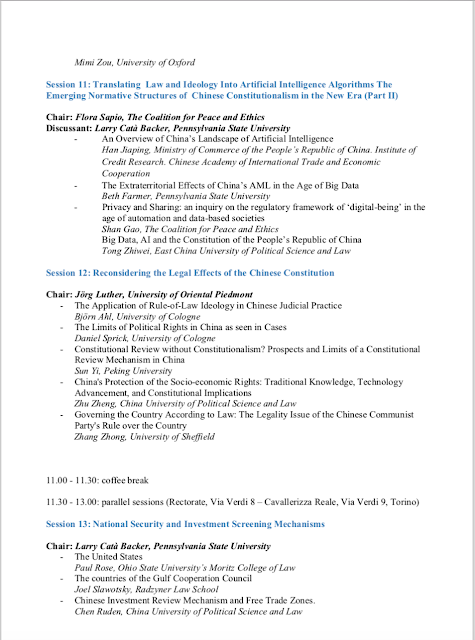 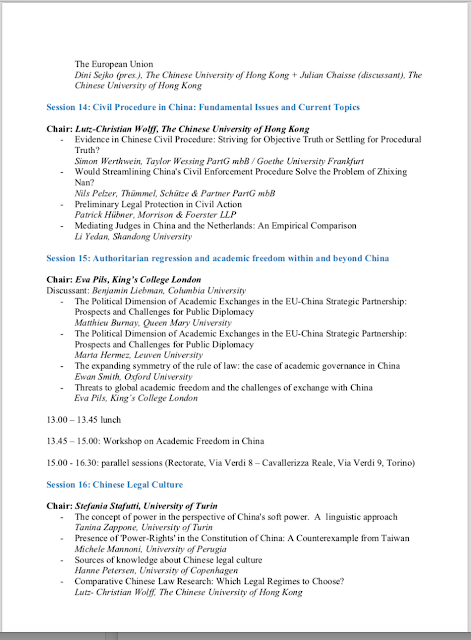 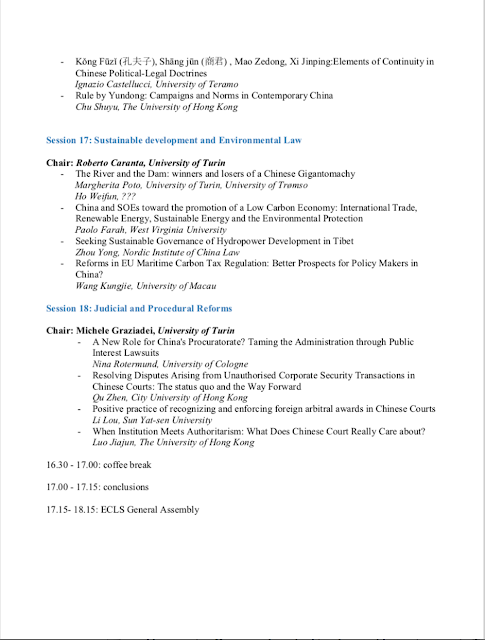