From the Working Group on Empire of the Coalition for Peace and Ethics: Flora Sapio--A Report Summary Description of <共建“一带一路”倡议进展、贡献与展望> ["The Belt and Road Initiative Progress, Contributions and Prospects"] 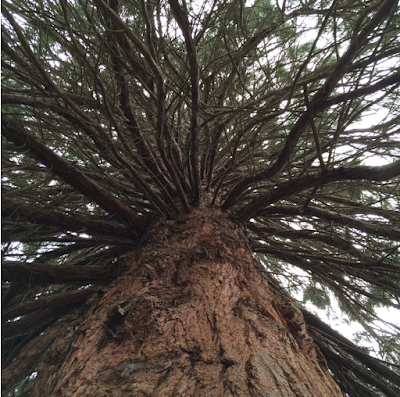 In this new era of global historical development, China appears to be offerings a means of combining key elements of the command and control features of the traditional colonial models with the allocation and self regulatory features of the markets based commercial empire model.  It seeks to develop an "all around" approach to the construction of highly managed flows of human activity around trade but affecting all of the key societally normative elements that might be turned to align social, religious, and cultural flows with those of trade and commerce." (A Report on Empire in the New Era).

Flora Sapio, a member of the Working Group on Empire, has produced a repòrt that I share in this post: A Summary Description of the BRI Report, <共建“一带一路”倡议进展、贡献与展望> ["The Belt and Road Initiative Progress, Contributions and Prospects"] (April 2019), which follows below. 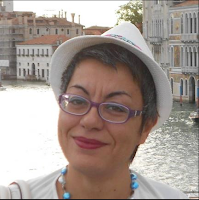 A Summary Description of the BRI Report, <共建“一带一路”倡议进展、贡献与展望> ["The Belt and Road Initiative Progress, Contributions and Prospects"]
April 2019
Flora Sapio
Working Group on Empire of the Coalition for Peace and Ethics

The Report is divided in three sections, and it is the single most important document on the BIR after the 2017 Visions and Actions on Jointly Building the Silk Road Economic Belt and 21-st Century Maritime Silk Road. The Visions and Actions outlined the grand project of a new model of globalization. Initially met with some skepticism, this “globalization with Chinese characteristics”  is still the object of criticism. In the meantime, China and several European, Latin American and African countries - which had been cooperating with China as well as with other partners for roughly 45 years if not more - quietly went on building a global system of economic, juridical (here, here) and political governance.

The Report describes all the results this far achieved by the Belt and Road Initiative, and how the OBOR may unfold in a very near future. More importantly, the Report outlines the content of this system of governance, its very structure, logic and its broader features. The document also provides valuable clues as to: what this new system of governance still lacks to completely fulfil its stated goals; how the governance system proposed by China substantially differs from global governance under the Washington Consensus; how the “Beijing Consensus” reproduces certain features of European nation-states during the so-called first wave of globalization. But, these will be the topics of other posts.

The Preface of the Report describes the launching of the BIR, and the most important cooperation meetings that have been held this far. It continues by providing a definition of what the Belt and Road is, and differentiating this model from the existing model of global governance. Page 3 defines the Belt and Road as follows:

“The Belt and Road Initiative originated in China, but it belongs to the world. It is rooted in history, but oriented toward the future. It focuses on Asia, Europe and Africa, but is open to all partners. It spans different countries and regions, different stages of development, different historical traditions, different cultures and religions, and different customs and lifestyles. It is an initiative for peaceful development and economic cooperation, rather than a geopolitical or military alliance. It is a process of open, inclusive and common development, not an exclusionary bloc or a “China club”. It neither differentiates between countries by ideology nor plays the zero-sum game. Countries are welcome to join in the initiative if they so will.”

Section One of the Report follows the same structures as the 2017 Visions and Actions, listing the components of the BIR under separate paragraphs, and describing how each one of this goals has been fulfilled in the last 6 years:

1. Policy coordination. The Belt and Road Initiative “has been incorporated into important documents of international organizations”, giving life to an emerging international consensus about the expectations and standards of behavior States are willing to accept in their interaction. Next follows the information that “By the end of March 2019, the Chinese government had signed 173 cooperation agreements with 125 countries and 29 international organizations” and an overview of policy coordination across different fields of governance.

2. Infrastructure connectivity. This section describes the current status of the global network of physical and digital infrastructure China has been constructing since 2013, if not even before the launch of the Belt and Road. Here, we find a list of all the infrastructure projects allowing a smooth reach of flows of investment and commodities from China to Europe, Asia, Latin America, Africa, and viceversa.

3. Unimpeded trade. Closely related to the goal of building physical and digital infrastructure is the goal of trade. If the global trade system seems to be retreating in competing regional trade blocks, the 125 countries who are members of one or more of the blocks are cooperating with China to an alternative system of trade and investment. One ideally designed to reinforce the trajectories of convergence already visible in the first and second paragraph of Section I.

4. Financial integration. Convergence in policy-making, infrastructure, and free trade needs to be supported by financial integration. This paragraph of the Report describes how the BIR is leading to the birth of a new model of international investment and financing. One that is rhizomatic and decentralized, and premised on China’s cooperation with various multilateral development institutions. The BIR is also resulting in the creation of new financial products, included the Panda Bonds some European sovereign governments, such as Poland, are already issuing. Step by step, the Renminbi is moving towards becoming a currency for international payment, investment, trade, and reserve.

5. People-to-people ties. More than in any other section in the Report, here similarities between the new model of transnational governance of the OBOR and Massimo d’Azeglio’s ideas about domestic governance are striking. “We have made Italy. Now we must make Italians”, d’Azeglio wrote in his Memoirs. Culturally diverse territories were unified under a single government in 1861, but it took almost 100 years, and the advent of the state television, for all the Italians to speak the same language. Equally striking, in light of Chinese tradition itself, is the choice to place people-to-people ties as the last goal in the list of priorities of the Belt and Road.

6. Industrial cooperation. This goal was absent from the list of 5 cooperation priorities articulated by the 2017 Visions and Actions. The section describes the flow of investment from China to its BIR partners.

Section Two of the Report describes how each one of the BIR partners has contributed to constructing a “community of shared future” through “extensive consultation, joint contribution, and shared benefits”. The section oulines how:

This section then describes how a convergence of interest between China and each one of the OBOR countries has been achieved:

Here, Section 2 of the Report comes to an end, and Section 3 starts. This section offers a blueprint for the future development of the OBOR. The entire section is weaved around 6 notions. Each one of these notions is sufficiently general and abstract to attract a wide consensus and agreement. The notions are those of:

In its closing paragraph, the Report calls for embracing the concept of development proposed by the OBOR, its values and governance structures, and forging a global consensus about the desirability of the Belt and Road Initiative.