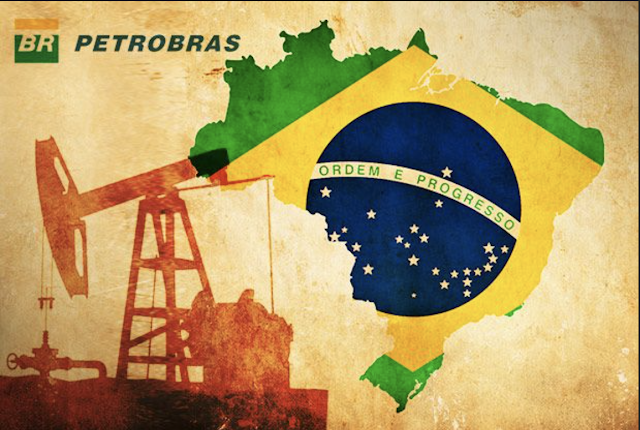 The officials at the Norwegian Pension Fund Global recently announced that Norges Bank has decided to revoke the observation of Petroleo Brasileiro SA. That was based on a a determination of the Council on Ethics for the Government Pension Fund Global (GPFG) of 13 November 2019 that Petrobras be removed from the list of companies it has under observation.

Petrobras has been under observation since 2016. The Council on Ethics recommended that Petrobras be placed under observation in 2015 after revelations that senior executives at the company and its most important suppliers had for a decade operated a system in which the payment of bribes was a prerequisite for winning contracts with Petrobras. Investigations into some of these cases remains ongoing. Despite the risk inherent in the fact that the Brazilian government, as the controlling shareholder, appoints a majority of Petrobras’s board members, the Council considers that the risk of corruption in the company has decreased. This assessment rests partly on the legal settlement entered into with the US Department of Justice which confirms that Petrobras has implemented wide-ranging improvement measures since the investigations commenced in 2014, and that it has undertaken to report on the further implementation of its compliance programme and internal control measures each year until 2021. The Council would also like to point out that Brazil’s federal prosecution service and supreme court have officially defined Petrobras as a victim in the Lava Jato investigation, and that the company is therefore assisting the prosecuting authorities in many ongoing criminal proceedings.

In prior posts I had suggested my disquiet with the observation decision--Incoherence or Discretion in Corruption and Investment Approaches?--The Norwegian Pension Fund Global Places Petroleo Brasileiro SA (Petrobras) under observation.  The issues, of course, revolve around the failure of the Norges Bank and of the Ethics Council to develop any sort of rationalization of its decisions in the area of corruption.  The ad hoc approach has suggested in its long arc of development from Siemens to Chinese companies one the past decades a surprising willingness to rely on pragmatic decision making grounded in the almost ritualistic invocation of its standard. Now one sees in the current decision yet more pragmatism. Not that pragmatism is bad.  But that is hardly a way to build an autonomous and useful jurisprudential guide to conduct.  More importantly, it suggests the growing importance of extra-legal compliance over legal standards and as the principal approach to managing behavior. It is only a short step from there to the substitution of an administrative discretion based system of compliance management and reward for the traditional structures and framework of law.  And it is only a small step from that to ratings based governance grounded in the analytics of compliance.  At that point, ironically enough, both the Ethics Council and the Norges Bank will no longer be necessary in the administration of the Ethics Guidelines. 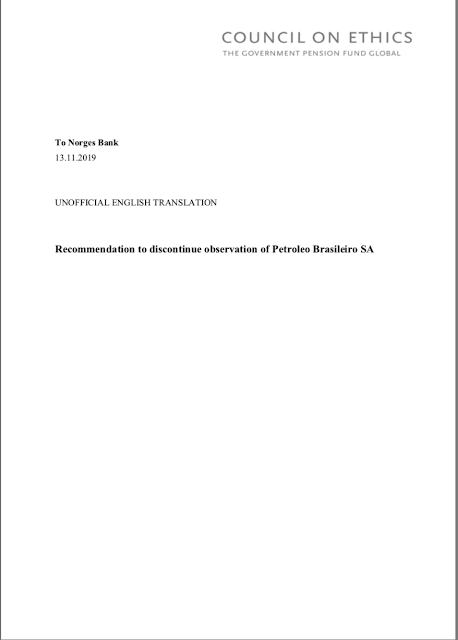 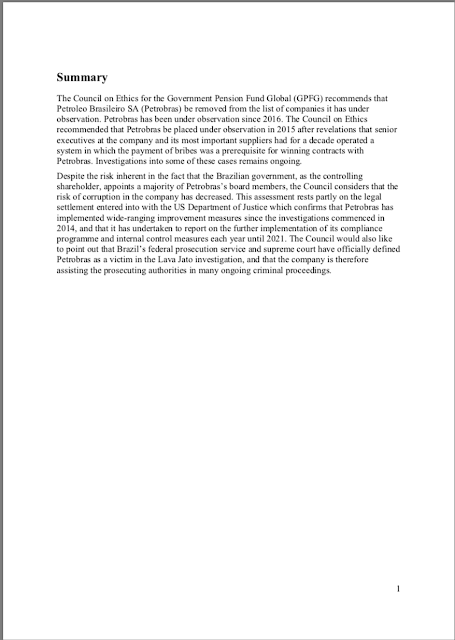 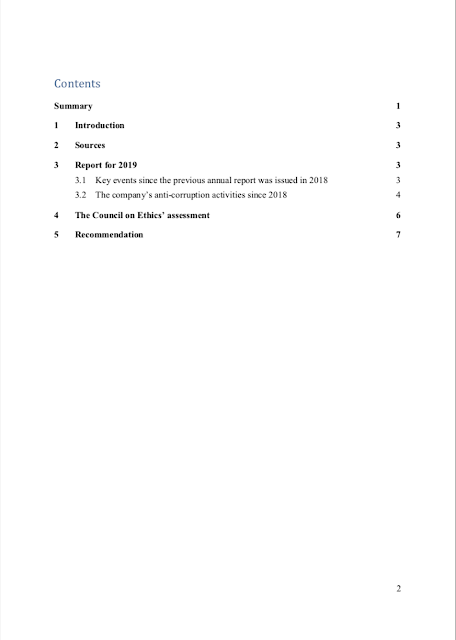 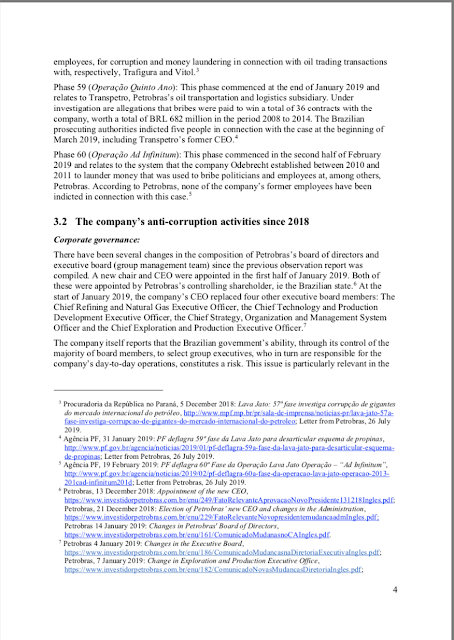 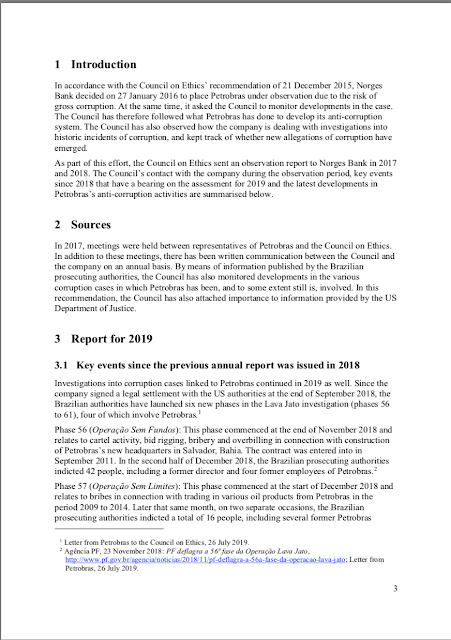 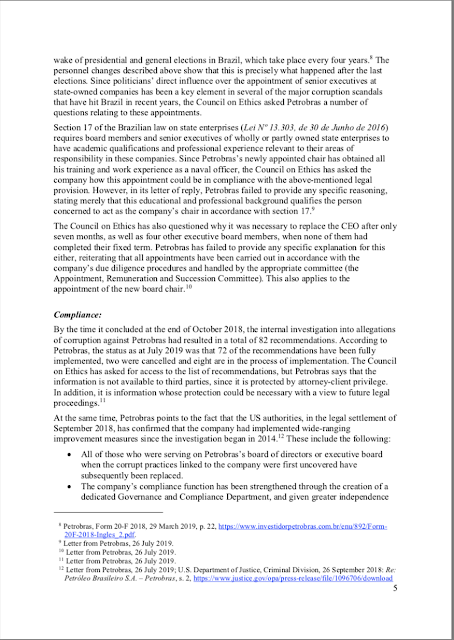 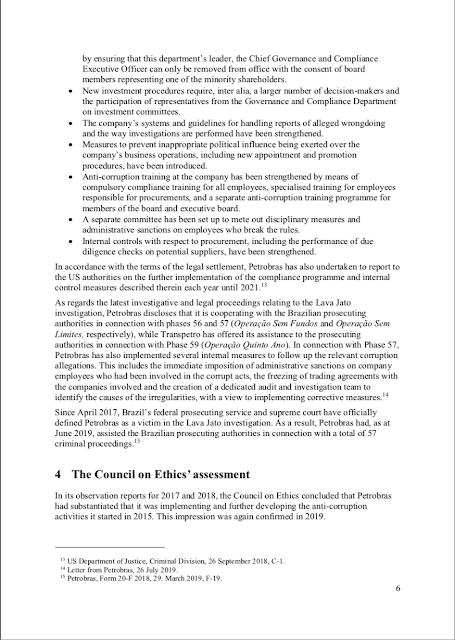 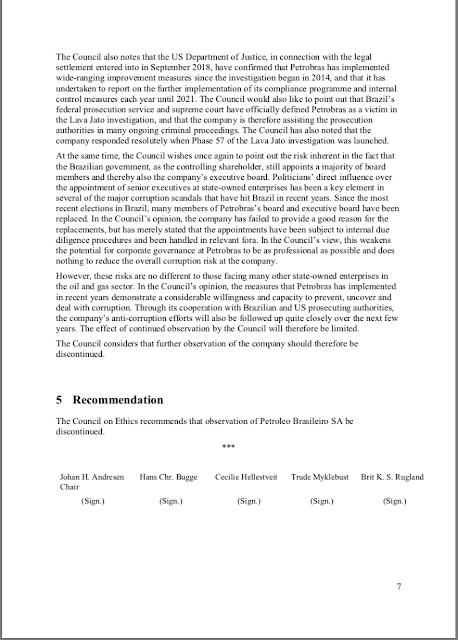