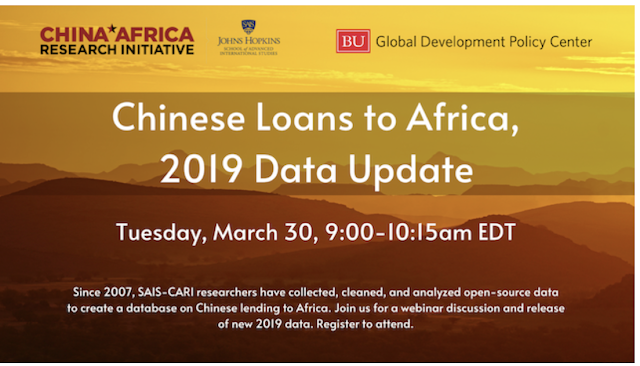 There has been much discussion of the impact of the projection of Chinese financial power into Africa since the commencement of the Chinese Belt & Road Initiative.  From the perspective of the Chinese, comprehensive Chinese lending helps build a new vision for development grounded in a distinctive Chinese Socialist path. For many on the West, this path leads to the same place that Africa found itself in prior periods of colonial and neo-colonial relationships, but one in which Africa would be dealing with a new master.

The ensuing debate has been normative and ideological but empirical evidence has been much more difficult to access.  That gap may be narrowing.  Researchers at the China*Africa Research Initiative and the Johns Hopkins University School of Advanced International Studies have announced the development of a data base that ay prove quite useful (Brautigam, Deborah, Jyhjong Hwang, Jordan Link, and Kevin Acker (2020) "Chinese Loans to Africa Database," Washington, DC: China AfricaResearch Initiative, Johns Hopkins University School of AdvancedInternational Studies). As they have described it:

Since 2007, SAIS-CARI researchers have collected, cleaned and analyzed open-source data to create a database on Chinese lending to Africa. Our data sources include official government documents, contractor websites, fieldwork, interviews, and media sources. Between 2000 and 2018, we estimate that Chinese financiers signed 1,077 loan commitments worth US$ 148 billion with African governments and their state owned enterprises. Our figures are not equivalent to African government debt, as we do not track disbursement or repayment. This data is updated regularly, and was last updated on July 1, 2020. If you notice any bugs, mistakes, or omissions, please e-mail kacker2@jhu.edu.

Members of the research team will be speaking to this data base in a Webinar on 30 March 2021.  Additional information about the Webinar and the introduction to Brautigam, Deborah, Jyhjong Hwang (2020) China-Africa Loan Database Research Guide Book follow. 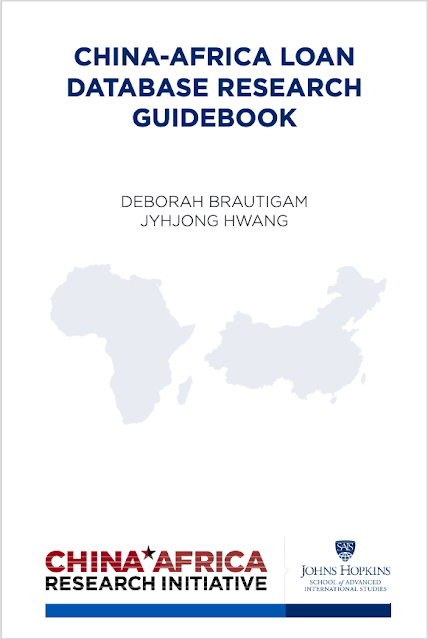 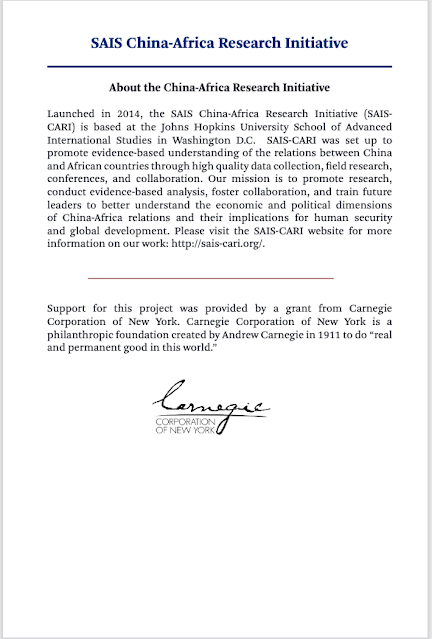 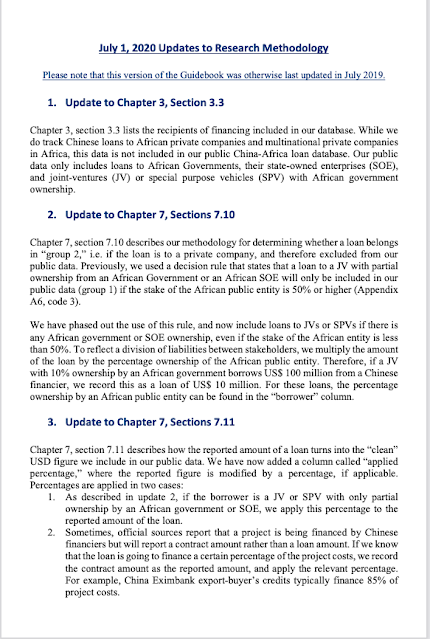 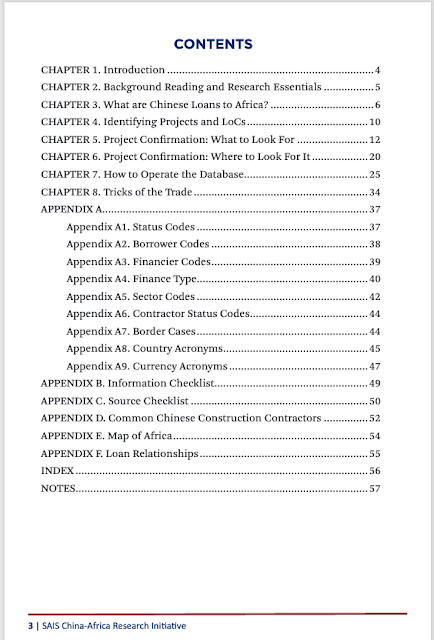 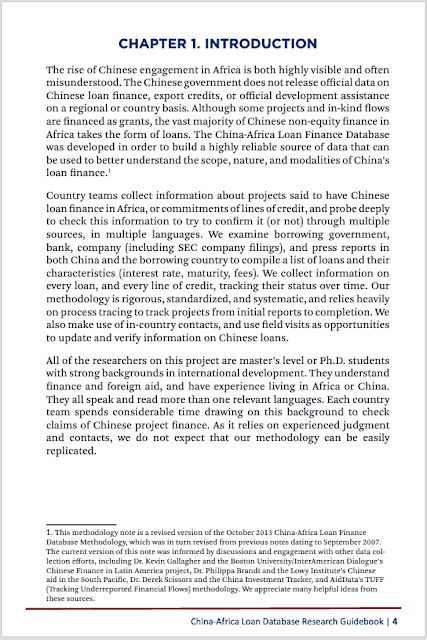 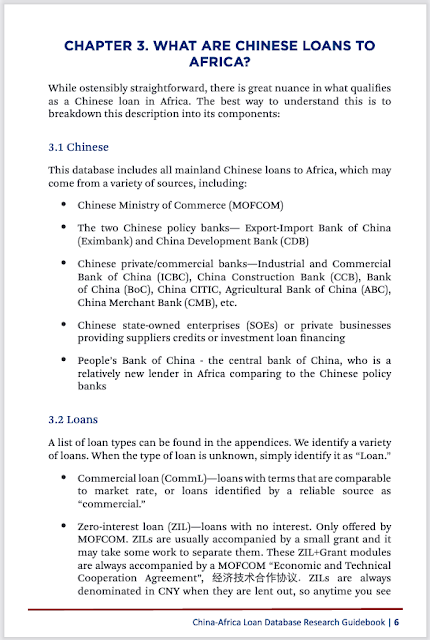 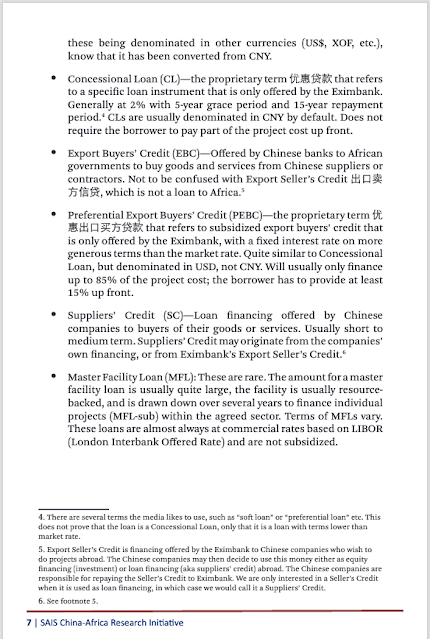 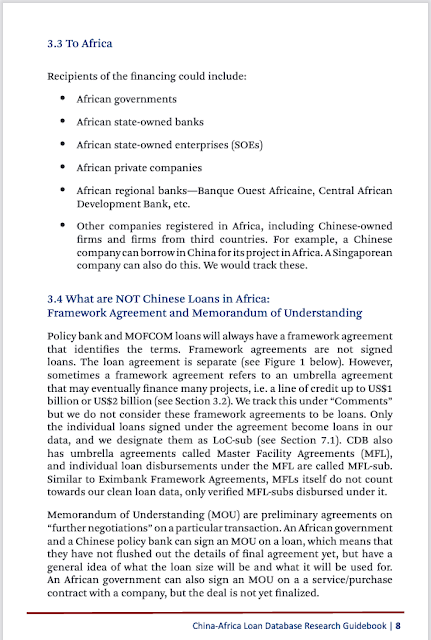 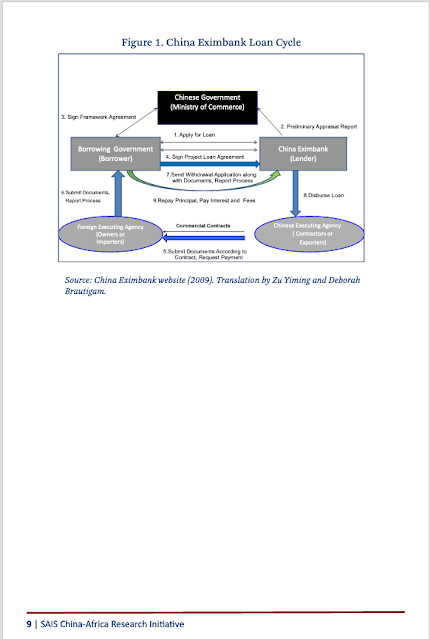