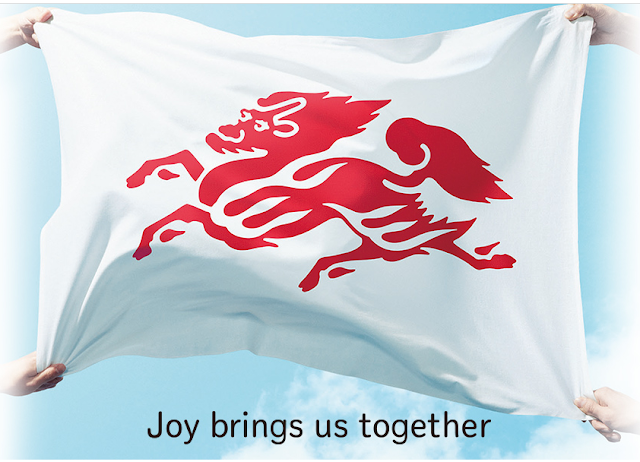 On 3 March 2021 the Council on Ethics of the Norwegian Pension Fund Global released news of three actions taken over the last several months In two cases the Ethics COuncil recommended the offending company be placed under observation.  The Norges Bank agreed with one recommendation but not the other.

With respect to the European company Thyssenkrupp AG, Norges Bank concluded that a plan of active shareholding would be sufficient.

On 14 December 2020, the Council on Ethics recommended that Thyssenkrupp AG be placed under observation due to an unacceptable risk that the company is contributing to or is itself responsible for gross corruption.
Today, Norges Bank announced its decision to ask NBIM to follow up on the risk of corruption in its ownership dialogue with the company.
Thyssenkrupp is therefore not included on the Fund’s observation list.
Please find the Council's recommendation here:
https://etikkradet.no/thyssenkrupp-ag-2/

In June 2020, the Council on Ethics recommended that Kirin Holdings Co Ltd be placed under observation pursuant to the provision in the Guidelines for Observation and Exclusion from the Government Pension Fund Global relating to serious violations of the rights of individuals in situations of war or conflict.
Today, Norges Bank published its decision to place the company under observation.
Please find the Council's recommendation and a subsequent letter to Norges Bank here:
https://etikkradet.no/kirin-holdings-co-ltd-2/

The third determination revoked a prior exclusion determination because the offending state had conformed to later in time EU law.

On 25 November 2020, The Council on Ethics recommends that the exclusion of Atal SA/Poland (Atal) from investment by the Government Pension Fund Global (GPFG) be revoked.
On 25 August 2017, the Council on Ethics recommended that Atal be excluded from the GPFG due to an unacceptable risk that the company contributed to serious human rights violations, including forced labour, through employing a subcontractor which used North Korean workers at Atal’s construction sites.
In 2018, the EU transposed into EU law a UN Security Council resolution demanding that all workers from North Korea be repatriated. In December 2019, Poland reported to the Security Council that there were no North Korean workers in Poland. The Council on Ethics thus finds that there are no longer grounds for maintaining the 2017 recommendation.
Norges Bank published its decision to revoke the exclusion of the company today.
Please find the Council's recommendation here.
https://etikkradet.no/atal-sa-4/

These deicsions are interesting for several reasons.

1.  With respect to corruption, the divergence between administrative-regulatory measures and markets-control measures appears to be growing.  The Ethics Council, like any other state or public apparatus is to some extent a prisoner of the logic of the institutions within which it is embedded.  In this case that is the apparatus of the state, of public law, of legalized regulatory management, with its discursive forms of accusation-judgment-enforcement-punishment (or reward).  It is, as one has noted, a slow lugubrious process that more often tan not tends to lag significantly behind any real effect at the time it is needed most.   Norges Bank and to some extent NBIM are creatures of markets and commercial ordering--more in any case than  purely public institutions. At the same time they tend to be risk avoiders (the logic of the cultures of banks) and administratively aligned--the essence of bureaucracy in large organizations. Active shareholding tends to be a more dynamic and flexible process better aligned to the cultures of those organs. But it lacks the one thing that is the brightest spot of the administrative-regulatory approach--a consensus based system of accountability (even if in practice it is not as effective or timely or consistent as it should be). Corruption, as a creature of markets, might, at least at its edges, be best managed through those mechanisms that produce market consequences.

2.  With respect to the convergence of public policy and economic activity, on the other hand, it appears that a more active projection of regulatory authority is still in order. That is certainly the case with easy examples--especially developing states that have caught the attention of the media-elite complex of influence drivers in the developed liberal democratic west.  Myanmar s one such example, but one that poses an interesting case of conflicting desire for liberal democratic state actors.  On the one hand, the democratically elected government has for years been criticized for what might be characterized as ethnic based displacement policies against a religious minority group.  On the other hand, the idea of anti-democratic action by the military of a developed state appears to offend liberal democracies more than the actions of a democratically elected governmental apparatus. And what better way to deal with this than to choose a Japanese company as the exemplar of  how liberal democratic public policy may be projected indirectly through the creation of disincentives deployed against economic actors with the power to disrupt Myanmar's economic policy.Even the announcement was enough to produce the desired result: "Kirin has already announced it intends to end its business cooperation in Myanmar, and the wealth fund said it will follow up on that with the company" (Norway’s Wealth Fund Puts Kirin on Watch for Myanmar Ties).

3. With respect to European housekeeping, the traditional rules apply.  Here Europe had to deal with its North Korean exporting workers issue.  Here public sector coordination was essential, and it was useful for the Ethics Council to signal some sort of policy alignment, especially one that also made it more likely to advance a convergence of European and US interests.  More to the point, it produced a secondary value--the advancement of efforts (at the margin, and here the margin is the control of cheap labor from distasteful foreign state organs) of reducing the stress on labor markets through better curation of labor migration into Europe. The consequence was to use private enterprises as proxies for pressure on European (and European national ) institutions.  Once successful, there was no longer a need to pressure states through pressure on their enterprises.