Jia Qingguo--Report to CPPCC on Restrictions to Academic Exchanges 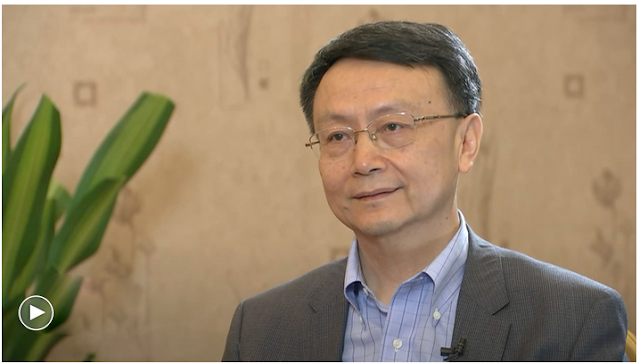 Jia Qingguo, CPPCC Member and Dean of the School of International Studies at Peking University is not stranger to the spotlight in China.  In 2018 he spoke quite publicly on the need for reform under a strong leadership:

“During the past years of development, problems revealed that some of the Party and state institutions may be outdated and overlapping in their responsibilities. There is a great demand to streamline and rationalize these institutions, and to make sure they function properly and more efficiently,” Jia said. . . . “Established interests” can pose another obstacle to reform. Jia said they don't want changes, so the country needs a strong leadership to ensure that institutional changes can happen.(Jia Qingguo: Institutional reforms call for strong leadership)

Now he has submitted a proposal to the Chinese People’s Political Consultative Conference during its annual session calling for the removal of “unnecessary” approval processes for academics engaging with think tanks and overseas exchange opportunities. This comes on the heels of economist Chen Wenling's December 2020 call for more tolerance, flexibility and freedom for China’s academics if the country wants to achieve its goal of becoming an “ideological powerhouse” (Academics ‘need freedom to speak’ for China to become ideological powerhouse: Economist Chen Wenling says mistakes and various forms of expression should be tolerated if country is to raise its standing in the world; Frustration over restrictions on overseas visits also highlighted in speech to five-year plan seminar).

Though it is far too early to tell what will come of this, the thrust of the suggestion is important, and one can hope will be taken seriously by the CPPCC.The restrictions are not new, but their effect poses schallenges fro Chinese academics working at a global level.  It s likely that there may be some reform of the process, but it is also unlikely that such reform will significantly reduce state management of such interactions. Depending on the character of that management, this may pose challenges as well for the home institutions of foreign academics.

“In order to raise the threshold, some institutes demand the approval of two persons for meeting with foreigners, and the Chinese expert will need to submit a detailed meeting report afterwards. They also cannot meet the same foreigners more than twice in a year,” he wrote in his proposal.

Jia, who is also an international relations professor at Peking University, said some restrictions on overseas exchanges were needed, but the measures had become unreasonable.

“Excessive management is undesirable. The existing management of overseas exchanges has gone beyond a reasonable limit … [and] will affect the quality of experts’ assessment of international issues and policy suggestions,” he said.

According to Jia, the complicated international environment meant it was necessary for China to get involved in global affairs. “It is only through keeping in touch with others, and exchanges, that experts can get an up-to-date and objective understanding of what’s happening outside, and provide reasonable policy suggestions to the government.”

Chinese policy advisers and observers have previously noted the impact on policy formulation of the academic limitations. Some of them blame the restrictions for the lack of an effective response to Washington’s hardening stance towards Beijing.

They argue the leadership was caught off guard by former president Donald Trump’s protectionist agenda and failed to realise the extent of anti-China sentiment in Washington ahead of the trade war, and the rapid deterioration in relations which followed.

Over the past four years, disagreements between the two countries have extended far beyond their tariff war into ideological and military confrontations.

From 2001, six Chinese universities, including Peking University, were given authority by the education ministry to make their own approvals for international conferences. But this autonomy was cancelled in 2007.

Chinese experts must now seek senior approval for attending overseas conferences and – since the outbreak of Covid-19 – approvals are even needed for online seminars. Some institutes even require experts to seek approval before meeting with their foreign counterparts or talking to overseas media, even for events held in China.

“This just make it difficult for experts to have overseas exchanges. As it takes a long time to get the approval, Chinese experts have less incentive to organise international conferences. Some even failed to attend conferences as they could not get the approval in advance,” Jia said.

According to Jia’s proposal, China still needed to learn from overseas experience for its own development, even though the country had made a lot of progress in recent years. While he believed some restrictions were necessary for exchanges which carried political or security risks, too many limitations were also hazardous.

Jia recommended authorities delegate the approval of international conferences to think tanks and institutes. There should be a necessary approval process for exchange activities involving a small number of experts and scholars with access to confidential information, but not for other experts, he said.