China's "New Vision" Campaign Taking Charge of the China Narrative One Story at a Time: China-Uganda and the "My Story Competition" 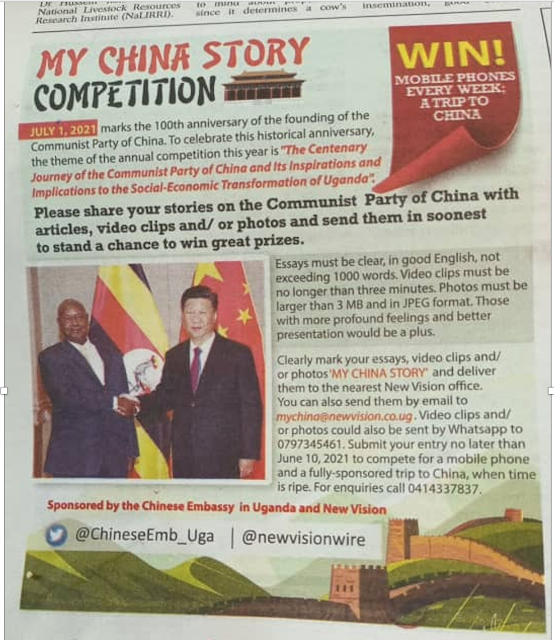 As is perhaps at last better known to the great elite liberal democratic vanguard communities (given the structures of social and political organization within liberal democratic orders one cannot call these parties, as those are the fronts for more durable guiding organizations which manifest only within the political sector)  and their administrative partners in the regulatory and security organs (though not yet understood by their media outlets in the press and social media) China, through its Party propaganda and foreign ministries has begun much more robustly to project and control the narrative of its own image, and the explanation of its own system, to its partners abroad.  The framework for this projection is the Belt & Road Initiative.  BRI, as is also now better appreciated (perhaps) has as one of its key elements a cultural, political and people-to-people component that is meant to create deeper and stronger alignments between China and its partners. 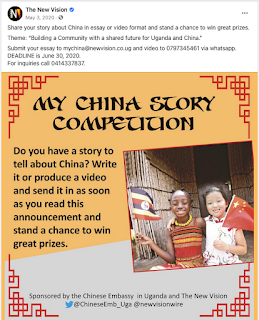 That this is critical work is undeniable--the control, and controlled projection, of a well curated national image and of its political-economic model principles in ways that are better aligned to the cultures and expectations of receiving societies is an essential and fundamental task in (1) challenging and then supplanting the Western liberal democratic model as the baseline against which to measure the welfare and happiness of a political  community, and (2) providing  the principles guiding the means by which that welfare may be advanced by the state and its related organs. Fundamental to this project is the construction of an easy to understand image and  principles system, and then to embed and naturalize its matter-of-factness within the masses of a target community. The more the common people come to understand and embrace a way of understanding a dominant power and its political-economic-social system, the more likely it is that stronger bonds will be created--to the greater glory of that exporting state.

Both the Trump and Biden administrations understand this at some level--though to date their efforts have been hampered both by a lack of commitment to such a project and as well because of the debilitating effects of the continuing and quite aggressive warfare among elements of the liberal democratic vanguard communities. That factional fighting has produced an inward turning that makes effective projection of a unified vision of the liberal democratic and markets based order now much more difficult and easier to target for the weaknesses their own elites are constructing. 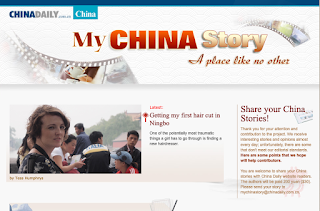 The Chinese vanguard is not so hampered.  And so it is with great interest that one can observe the ways in which its propaganda and foreign ministries coordinate efforts, under the guidance of the vanguard and its developing approach to a construction of the narrative of China and its system, within BRI partner states. One of the more visible projects coordinated with the upcoming celebrations of the centenary of the Communist Party of China is the "My China Story" campaign available through the Chinese People's Daily operation.

But much more interesting is the targeting of this campaign within China's Belt & Road African partner states. This morning for example, the Chinese embassy in Uganda publicized through one of the most widely circulated newspapers in the nation  its sponsorship of the "My China Story" Competition., the picture of which appears above.  It is part of the Chinese New Vision campaign in Uganda and coordinated with Chinese national (e.g., HERE) and global (here) efforts to develop and reframe the way in which people--the masses--come to understand and engage with a China that is more immediate, friendlier, and better aligned with the values and aspirations of those who share their stories.  These are stories that make China accessible and that create a baseline of believability against which stories that paint China in a harsher might will be judged by the masses--that is by the masses who vote in liberal democratic orders. In this sense Chinese vanguards have both discovered and have begun to understand the way that mass perception politics can significantly (if indirectly) affect the political choices of those who depend on the popular vote to govern.

But more than that, it suggests a long term and potentially quite significant operation to supplant the old liberal democratic normative baseline for understanding and judging reality with a Chinese socialist one. That baseline places at the apex prosperity and stability principles.  It values rule of law in the service of those principles and the objectives of collective improvement in quality of life measured by economic, social, and cultural factors.  It places civil and political rights as the methods, which when appropriately managed, may contribute to the collective project of prosperity and stability, but which must be aligned with the responsibilities of the leadership of the nation--however that leadership is constituted.   It is not clear whether or how the West can respond to this quite distinct vision when, in the proces sof their own factional wars, they appear to be aligning along the same lines.