The Affair of the Sonic Weapons Attack: Lurching Forward in Congress But Going Nowhere 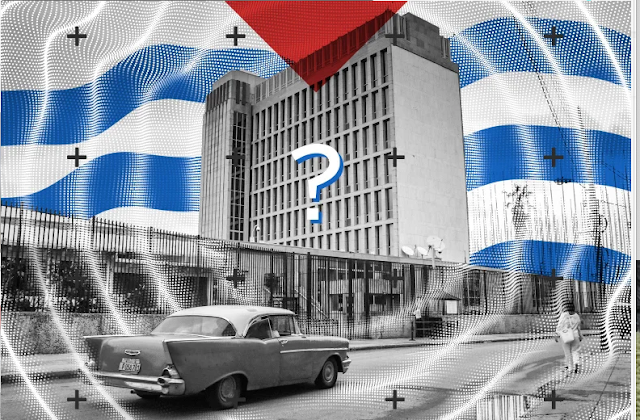 Pix Credit: A Comprehensive List of All the Potential Causes of the Cuban “Sonic” Attacks

A recent statement issued by the (bi-partisan) chair and vice chair of the Senate Intelligence Committee suggests that there is now some more public movement.

“For nearly five years, we have been aware of reports of mysterious attacks on United States Government personnel in Havana, Cuba and around the world. This pattern of attacking our fellow citizens serving our government appears to be increasing. The Senate Intelligence Committee intends to get to the bottom of this. We have already held fact finding hearings on these debilitating attacks, many of which result in medically confirmed cases of Traumatic Brain Injury, and will do more.

“As the Chairman and Vice Chairman of the Senate Select Committee on Intelligence, we welcome CIA Director Burns’ renewed focus on these attacks. Our committee will continue to work with him, and the rest of the Intelligence Community, to better understand the technology behind the weapon responsible for these attacks. We will focus on ensuring we protect our personnel and provide the medical and financial support the victims deserve. Ultimately we will identify those responsible for these attacks on American personnel and will hold them accountable.”

There is a backstory, the politics of which tell one much about the way the political and establishment communities tend to advance weaponry and manage official responses.  That follows.  For the genesis of this story, please follow my posts at Cuba Sonic Weapons Affair.  What is clear, though, is that the public discourse around the Sonic Weapons attacks, and the private realities that appear to have gotten well ahead of the ability of the stare security apparatus to manage its narrative to advantage, are neither aligned, nor do they seem to be heading anywhere in the direction of consensus within the governments of liberal democratic states. Elsewhere  the narrative of simple--continue to expand, develop and deploy this technology, and deny its existence, to blame those who complain of the effects on its interest. This has been effective--especially for the battalions of those in the West desperately willing to believe. The rest appears to be gesture. What remains, and what one can continue to expect (while things are moving behind the scenes) is more confusion and a bit of managed suppression.

There is an important backstory to the press release which tells one much about what is going on in terms of interests and strategies of the principal players in the context of the development, deployment, and control of sonic weaponry as a new means of intimidation and targeted attack. As reported by American Military News 30 April 2021: 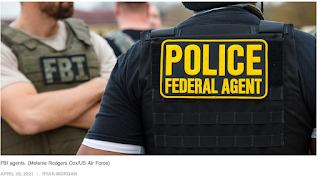 U.S. officials are reportedly looking into a suspected directed energy weapon attack that targeted federal personnel in Miami, Fla. last year, according to sources familiar with the investigation who spoke with Politico late Thursday.

The reported Miami attack is part of a growing number of similar attacks that sickened U.S. personnel in 2019 and 2020, and the attacks have gained the attention of the top lawmakers on the Senate Intelligence Committee this week.

News of the Miami incident comes as investigators are reportedly looking into two other incidents on U.S. soil, including one which sickened U.S. Secret Service personnel at the White House in November and another incident that sickened a White House staffer for President Donald Trump in 2019.

Other Americans were sickened in a 2016 attack in Havana Cuba, and then again in China and Russia in 2017. Politico reported last week that U.S. troops deployed in Syria were also sickened in another incident. Those targeted with these suspected directed energy weapon attacks have exhibited flu-like symptoms that have come to be known as “Havana Syndrome” after the first reported incident in Cuba.

It was unclear which federal agency was targeted in the Miami attack. Representatives for the NSC, FBI and Office of the Director of National Intelligence declined Politico requests for comment about the Miami incident.

This reporting underlines the point I made in December 2020 upon the receipt of the long awaited Sate Department Report on the Sonic Weapons Attack. The Affair of the Sonic Weapons Attack: Digesting the Long (Long) Awaited and Ably Curated State Department Report: "An Assessment of Illness in U.S. Government Emloyees and Their Families at Overseas Embassies". As I concluded then:

To understand  both it and the secrecy surrounding it, one strong enough to tempt both Democratic and Republican Administrations to tolerate the sacrifice of diplomatic personnel and others in the testings and deployments of prototypes and scalable versions of what may be rolled out,, it may be necessary to understand better the emerging forms of 6th generation warfare.  6GW:

leverages sophisticated technology to manipulate space and time. . .  Just understand that in 6GW, we are getting inside our enemy’s OODA loop (Observe, Orient, Decide, and Act). Once inside, we can control what they see and hear, what they think, what they decide, and what they do, all to our advantage. .  . . Meanwhile, let's consider what Sun Tzu teaches:"Be extremely subtle, even to the point of formlessness. Be extremely mysterious, even to the point of soundlessness. Thereby you can be the director of the opponent’s fate."(Sixth generation warfare: manipulating space and time)

6GW makes little distinction between offensive and defensive between weapons that disrupt economies, information flows, or the physical functioning of the human capital of opponents (whether domestic or foreign). As part of a toolkit of rewards and punishments in domestic and international affairs they will likely offer substantial new options that at once avoid the controversies of old fashioned warfare and conflict management.  But they do that by avoiding the conversation int he first place. There is much more to come.

What appears to have changed since December is the willingness of actors--likely  both state and non state actors to resort to variations in possible technologies.  These likely have different purposes.  All are effectively being beta-tested on an unwilling population.  But all are meant to further the core objectives of new ear warfare--the minimization of harm to the spoils of warfare (the productive forces of a place as well as its labor) while inflicting maximum damage on the leadership core and its security forces. The technology is irresistible--and likely low tech enough in some manifestations that it might be available to both poorer states and non state organizations.  That later point is what produced the public displays of righteous anger that ultimately made its way to Congress and a limited exposure in the popular press.

But again, it is likely that exposure is risky for all states--to expose the technology and its use is to unmask the development and utilization of the technology bu those who would rather continue to pretend it doesn't exist, or if it exists, only as the irresponsible instrument of illegitimate forces. That is the narrative--ad it likely belies the reality.  But sometimes reality is not for the feint hearted--and even in liberal democratic states our leading forces do not always think that transparency is in the interests of the nation. I do not expect much progress on "ferreting out" the truth here.  I do expect, however, its manufacture at some point when some sort of narrative will be necessary to provide a cover for whatever it is that people--irresponsible people or naive people fronting in a clueless way or reckless people, perhaps people chocking on an arrogance born of a false sense of worth derived from the authority to which they were entrusted--find it irresistible to do.