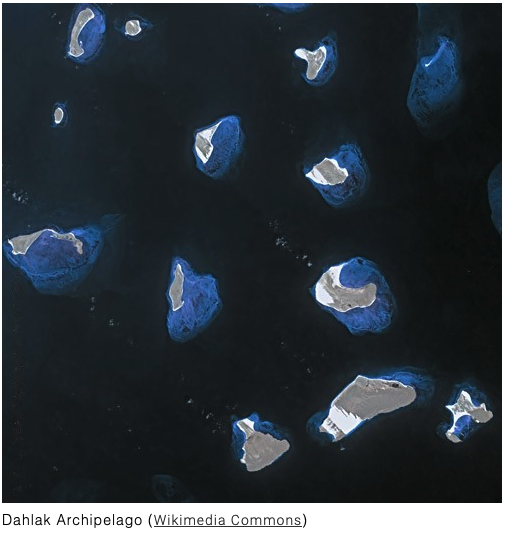 The folks over at the European Chinese Law Research Hub (with thanks to Marianne von Blomberg, Editor ECLR Hub, Research Associate, Chair for Chinese Legal Culture, University of Cologne) have posted  a new paper by Matthew Erie (Associate Professor, Member of the Law Faculty, and Associate Research Fellow at the Centre for Socio-Legal Studies at the University of Oxford), Archipelagos of Chinese Law.

Last month, the government of Sri Lanka put an end to heated debates over establishing the Colombo City Port Economic Zone and passed the bill. Funded by a Chinese enterprise, the project comes with a new arbitration center - a controversial move to oust the jurisdiction of Sri Lankan courts, and yet another manifestation of a particular logic of outbound Chinese capital which Matthew Erie conceptualizes as 'Chinese law and development'. Enjoy the read and look forward to hearing your comments, criticism and ideas.

I am cross posting the essay below. The original ECLRH post may be accessed HERE. And as a plug for the marvelous work at the European Chinese Law Research Hub: if you have observations, analyses or pieces of research that are not publishable as a paper but should get out there, or want to spread event information, calls for papers or job openings, or have a paper forthcoming- do not hesitate to contact Marianne von Bloomberg.

A new paper by Matthew Erie

On May 20, 2021, the Sri Lankan government passed the controversial Colombo Port City Economic Zone Bill (Port City Bill), creating the country’s first special economic zone (SEZ) for services-oriented industries. Parliament’s passing of the bill occurred days after the Supreme Court ruled that several provisions of the Port City Bill were unconstitutional, requiring amendments. The heart of the controversy was the creation of a commission of unelected members who would have broad powers over the SEZ, an innovation that contravened the authority of regulators and, as it has been argued, violated Sri Lankan sovereignty as enshrined in its constitution. More specifically, the SEZ is funded and developed by a subsidiary of China Communications Construction Company, which invested $1.4 billion to construct the SEZ in exchange for a 99-year lease from the Sri Lankan government. As a result of this controversy, the Port City Bill was amended such that five of the seven commission members have to be Sri Lankan.

Unaddressed by the Supreme Court, however, was a seemingly more innocuous but nonetheless potentially far-reaching problem: the bill’s dispute resolution provisions. The Port City Bill proposed to establish an International Commercial Dispute Resolution Centre (ICDRC) that uses arbitration to settle disputes within the SEZ, effectively ousting the jurisdiction of Sri Lankan courts. This ouster is contentious given that the courts have, in the past, held that legislation cannot oust its jurisdiction. Still, the ICDRC survived judicial scrutiny and was passed into law.

The Port City Bill and the ICDRC, in particular, exemplify a particular logic of outbound Chinese capital, one that, in my recent article based on three years of fieldwork and nearly 150 interviews, I summarize as “Chinese law and development” (CLD). Whereas previous capital-exporting countries, and in particular, the U.S., have sought to reform the legal system of host states, often in line with their own experience of law, Chinese parties are mostly not interested in engaging in the legal reform of host states. Rather, they have shown a greater interest in creating institutions of transnational law, including international arbitration centers—both within the People’s Republic of China and outside its territory—that can avoid Chinese companies from having to litigate in host state courts.

Taking a step back, “law and development” most generically refers to the relationship between law and economic development in what used to be called the “Third World,” and is particularly understood as technical legal development assistance as provided by donor states to host ones. The career of David Trubek at the University of Wisconsin Law School is most commonly associated with the U.S. experience of law and development, one that has undergone a series of waves. Chinese law and development (CLD) is different from Trubek’s view of the notion. For the most part, the Chinese government does not send out legal technicians to advise foreign states on how to design legal institutions or draft legislation, efforts under-girded by assumptions about the capacity of law to stimulate economic growth.

Instead of popular accounts that envision China as hegemonic, and roughly analogous to previous economic superpowers, China is emerging into the world economy during a period of widespread anxiety about Chinese influence, anxiety that takes the form of investment screening, trade tariffs, and immigration blockades. Further, China’s own experience with legal reform shows how law offered one set of norms, among others (e.g., administrative directives, dictates of the Chinese Communist Party, political campaigns, etc.) that facilitated (and sometimes impeded) economic experimentation. CLD thus addresses how the Chinese government and Chinese enterprises protect their assets, investments, and personnel in challenging legal and regulatory environments. To do so, CLD unzips the toolkit of such Chinese parties to demonstrate the plurality of means by which they secure their commercial and also geo-economic interests.

The co-creation of what elsewhere I have called “exceptional zones” such as SEZs with their own dispute resolution mechanisms that feature rules different from those of the host jurisdiction is one such method. In addition to Sri Lanka, there are other extraterritorial examples, such as that of the China-Africa Joint Arbitration Centre. These jurisdictional archipelagos foster transnational law by allowing parties to opt out of the national law of host states and choose alternative law, which theoretically could be Chinese law. Hence, issues of governing law in contracts that are the basis of disputes, as well as language of arbitration, nationality of arbitrators, and related procedural issues, loom large as these new legal hubs start to accept cases. While these archipelagos are not unique to Chinese outbound capital, Chinese parties seem to be particularly focused on their promotion. More broadly, CLD raises important questions concerning how exceptional zones impact legal development and access to justice in emerging economies.

Matthew Erie’s paper ‘Chinese Law and Development’ was published in the Harvard International Law Journal earlier this year and is available for free here.

Matthew S. Erie is an Associate Professor, Member of the Law Faculty, and Associate Research Fellow at the Centre for Socio-Legal Studies at the University of Oxford. He is also the Principal Investigator of the “China, Law and Development” project (grant agreement No 803763), based at the University of Oxford. You can follow him on Twitter @MatthewErie or reach out to him at matthew.erie(at)law.ox.ac.uk.