"Territorial-Political Reorganization" and the Current "Conversation" Around the Ukraine; The Contemporary Discursive Power of the September, 1939 Secret Supplementary Protocols of the Molotov-Ribbentrop Non-Aggression Pact 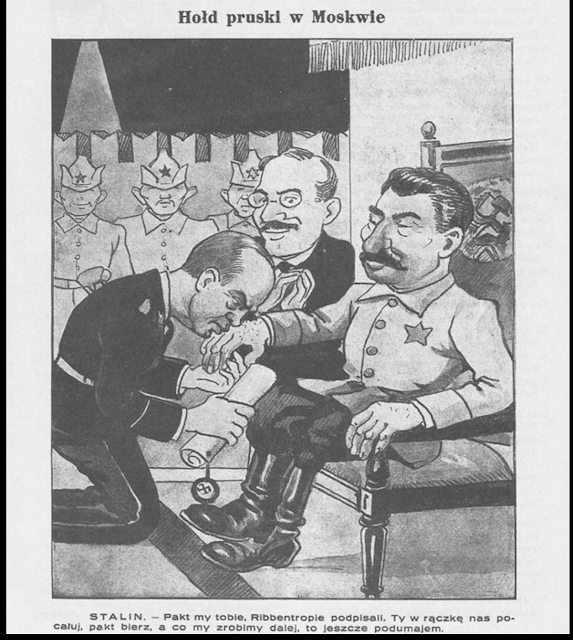 Much of the world is following the developments along the Ukrainian border in a slow motion trajectory of absorption that began during the leadership of Barack Obama in the United States and Angela Merkel in Germany in 2014.  These are imperial conversations that belie almost 80 years of rhetoric abolition sovereign equality and the sanctity of territorial borders.  In this respect, at least, the Russians have been honest, if aggressive and brutal (a stance invited by the inability of their rivals to either correctly gauge or respond to probing provocation in a successful way). The difficulty for the liberal democratic camp has always been their assumption that everyone is speaking their language (of law, politics, norms,etc.) and that everyone has not merely embraced them but hat their world views are rationalized through their lens. The reality of the error of this view does not seem to have had much effect--perhaps in part because the performance of the great liberal democratic camp leadership has tended to be directed inward--into their states and among their group--rather than outward to the purported target of their actions. That may, in part, explain the otherwise odd trajectories of behaviors after the invasion and annexation of portions of Ukraine in the last decade. And empire worry about encirclement (see, e.g., here, here, and here).

But back to the imaginaries of imperium.

The Russians have made clear to anyone who would listen that both territory and sovereign authority is a multi-level system of diminishing dependency. Around the hub of an imperial heartland there must exist various entities with varying degrees of dependence to the imperial center. These are meant to provide both a buffer for safety and a space within which imperial rivals may directly interact (by or through) in the movement of goods, capital, investment and the like before coming more directly in contact with the heartland. One speaks here, then, of the necessity of the construction of "spheres of influence" (the nice and simple term for the formation of these ecologies of dependencies). And one speaks to "territorial-political reorganization" rather than to annexation and the binary sovereign-non-sovereign. Empire does not think in terms of binaries except with equals. And one speaks to peers and acts against or rewards others. The logic has ancient echos in both Asian and European thought, but now applied through the prism of the premises and language of globalization. Still, old discursive patterns retain some power, even if the conditions under which they produced effects have changed somewhat.  Perhaps to better grasp the mentality it may help to go back to a different generation and a different set of arrangements about spheres of influence between imperial heartlands. One speaks here of the September, 1939  Secret Supplementary Protocols of the Molotov-Ribbentrop Non-Aggression Pact, 1939. The Secret Supplementary Protocols are still discursively powerful.  They unveil the language of a view of the relations between great and lesser powers that appear to continue to have great authority. One seeks peaceful accommodation with peers; one arranges such accommodation through agreement requiring territorial-political reorganization of dependent spaces organized as states but subject to adjustment by imperial heartlands. One speaks of spheres of influence and of the recognition that while the globe is organized as states, many states must be understood as spaces through which imperial heartlands engage with each other. For Poland, the Baltic States, and Finland, the consequences were quite dramatic--some of which remain drawn on the maps of that region today.  For the Ukraine, one might think it was 1939 all over again, discursively at least.But we do not know what is going on behind closed doors. International law provides a useful means of memorializing not merely the core premises of this worldview but also the terms of accommodation at every stage of global historical development in the modern era. And indeed, it ought to be remembered that it was this very territorial-political reorganization that was then affirmed by and became part of the"eternal" map of Europe after 1945. . . .or at least until 2014. All of this might be useful to consider in evaluating both the risks and likely arc of development of the current situation along the current borders of Ukraine; and perhaps beyond.

In any case, and for its value as a vocabulary of empire the text (English translation) of the Secret Protocol follows. 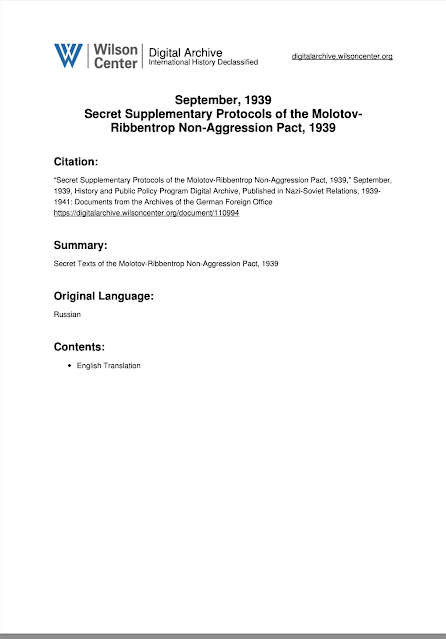 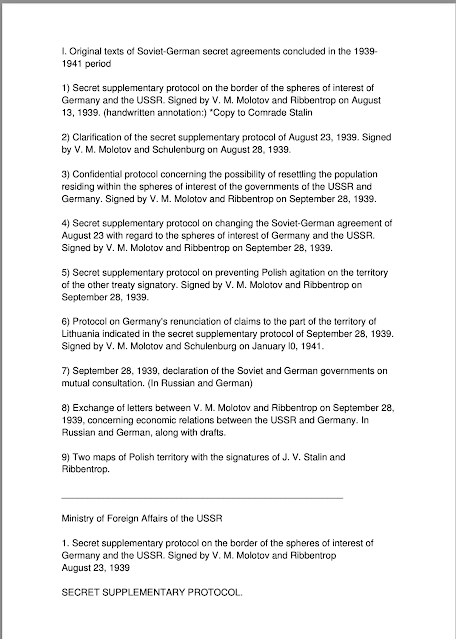 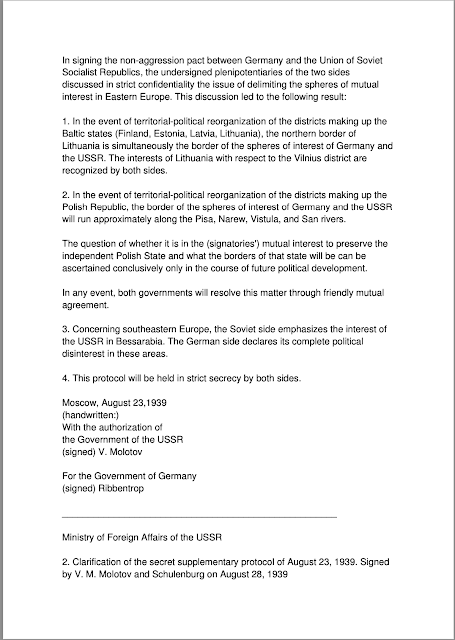 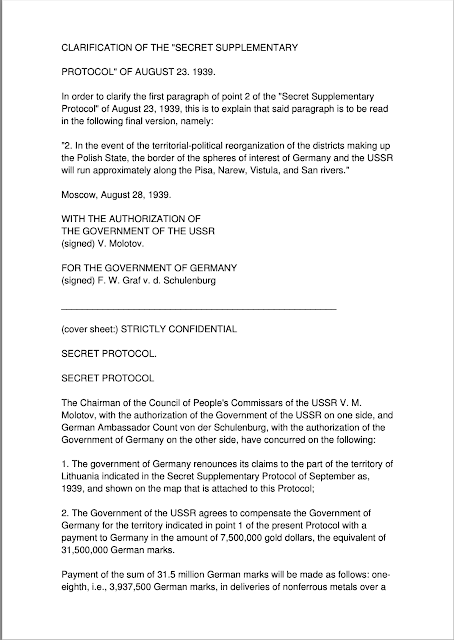 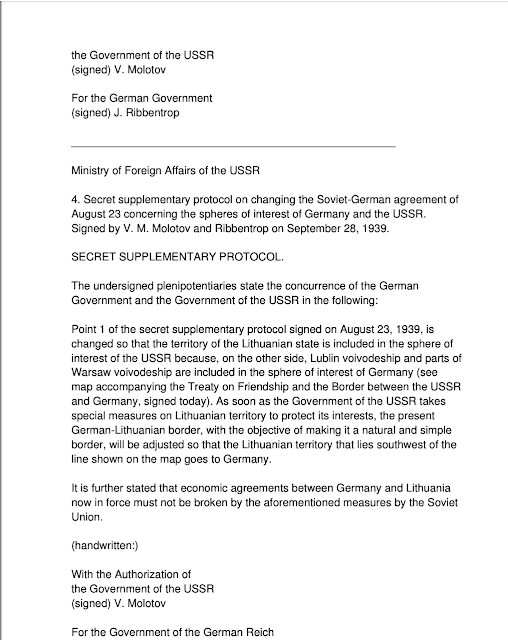 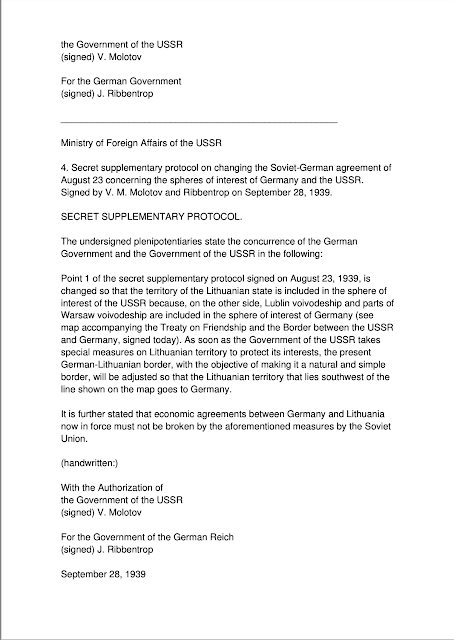 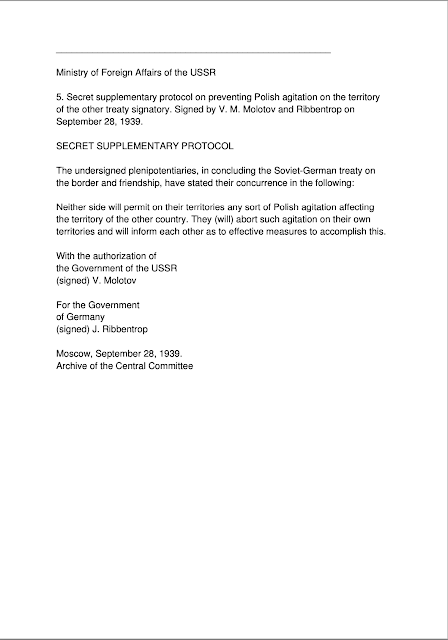