CPE Working Group on Empire: U.S.-China Trade Talks, Encircling the United States, and the Belt and Road Initiative—Looking to a Critical Gloss on Xi Jinping’s Speeches to the BRI Conference 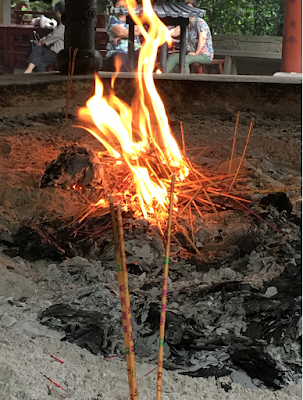 The Working Group on Empire of the Coalition for Peace and Ethics looks to  to study and theorize the construction of systems of management and control of human activities, that is of empire in the 21st century. A caveat: Do not mistake analysis for criticism.  That one calls these projects imperial is not meant to suggest that all of the negative baggage of imperialism ought to be imported into the conversation. One goes back here to much older notions of empire that focuses on the organization and management of human activity among autonomous but dependent communities and the allocation of authority, responsibility and rights among them.

A recent series of events—taken as substantially unconnected by the Western Press and those in intellectual and policy circles who ought to know better (but can’t help but be victims of their own self-reflexive ideological vision-constraints)—appear to point to an interesting turn in the re-construction of empire (without the baggage of its mostly European past).

2. The Chinese and U.S. negotiating teams reach consensus on a number of key points

4. Trade talks back down with a consensus view that this was caused by a backtracking by China of earlier concessions

5. Mr. Trump imposes the first of a likely series of escalating tariffs

6. The Chinese respond by invoking 19th century unequal treaty tropes and declaring that there is no compromise on principle (their principles anyway, the Americans are free to compromise their own as they like) (e.g.,中国不会屈服于任何极限施压(钟声)) or that there was no breakdown, just the necessary meanderings of talks.


The events tied together suggest some relationship among a number of factors that those who influence Chinese negotiations appear to have adopted. First, of course, that serious negotiations were not possible while the President remained under a cloud (from the Chinese perspective that the opposing faction in US politics might have toppled Mr. Trump in the legal-political manner of American political culture). Second, negotiations continue to go slowly; indeed they have meandered in ways that make the slow pace of the earlier Trans-Pacific Partnership negotiations seem fast. There might be a need to consider whether the negotiating tactics are similar to those of the Japanese in Washington in 1940-41—that is they are effectuated to buy time for the implementation of an more important strategic objective. That more important strategic objective in this case might well be the Belt and Road Initiative itself. As a side note (because these appear necessary today)--the analogy to the Japanese negotiations was not meant to suggest the inevitability of war (a completely pathetic use of analogy in these circumstances), but rather to note the strategic parallels in the use of a specific technique--of negotiation along path A to cover a more important strategic maneuver along path A. 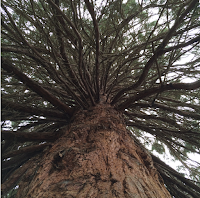 This post briefly sketches the context in which it might be useful to frame these issues for analysis. It speaks to the role of BRI as a key strategic element of a well thought out objective to reshape the rules of global trade, and eventually to isolate and contain the U.S. and its own economic area. In posts that follow, the Working Group on Empire will consider the extent to which a critical review of Xi Jinping’s addresses to the BRI conference in Beijing might better reveal Chinese the current state of thinking on these points.

Might the Chinese have adopted a particular style of negotiation in order to buy time for the development of its BRI? That is, might the Chinese have no real interest in reaching an agreement at all; might they instead be seeking a way of distracting the Americans form the larger and more ambitious project of actually setting up a new trading order around the Americans while they remain oblivious to it—or to the protection of their own interests? Indeed, might the Chinese have learned well the lesion of what they described as an Obama Administration policy of “encirclement” (or containment) against which they bitterly complained during the course of the negotiation of the Trans-Pacific Partnership. ON the Chinese strategic approaches to the TPP and its effects on Chinese efforts to engage in shaping the course of global trade in the first decades of the 21st  century, see, The Trans-Pacific Partnership: Japan, China, the U.S., and the Emerging Shape of a New World Trade Regulatory Order.


With BRI operational, the Chinese will be in a position to encircle the United States—and indeed to contain the Americans in global trade in ways that might substantially affect U.S. ability to lead trade. And it would certainly change the basic framework of international trade regimes in ways that would hurt U.S. business. The U.S. business model, built into the bones of the current framework for global trade, is heavily dependent on markets and market control, and abhors a substantial public element (interference or the use of economics for national political objectives) in economic markets. All of that would be reformed along lines that would see a substantially larger role for states, and a larger place for national objectives, in the construction and management of economic markets.

The key to the trade talks, then, does not lie in the usually elements of bilateral negotiations. Nor are those issues central to the strategic thinking of China. And China has not hidden any of this from those willing to take Chinese thinking seriously. Rather, it lies in the use of bilateral trade talks for a much more ambitious purpose—to remake the ground rules for global trade, and to place China at the center of the new economic-political global order. To that end, the development and autonomous functioning of the BRI system might play an essential role. BRI serves as the living laboratory of emerging core Chines t trade principles—one that re-centers the state and that treats trade as a critical element of state to state relations and the progress of national policies through a public barter system among states carried out through their economic instrumentalities to the extent useful. It has more in common with the Cuban-Venezuelan Socialist regional trade system—ALBA—than it does with that to be crafted through TPP (One ALBA, see Cuba and the Construction of Alternative Global Trade Systems: Alba and Free Trade in the Americas).

But BRI also serves as the conduit through which another quite public Chinese policy can be realized—the internationalization of its currency. More aggressively, the policy means eventually not merely to internationalize the yuan but to displace the dollar. Though China has been its own worst enemy in that process—by seeking all the outward benefits of internationalization without bearing any of its burdens—it might be thought that BRI might provide a means of achieving yuan internationalization, at least partially and at least in and through the BRI multi-national system.

But most importantly, BRI might well provide a means to undermining and then displacing U.S. leadership in an ironically delicious way. BRI might serve as the means of encircling and then cutting off the U.S: in the way that the Obama era TPP was meant to do the same to China. TPP was meant to bring China to consensus by isolating it form the main drivers of trade unless it agreed to the basic “rules of the road” negotiated in TPP, rules that implemented the U.S. strategic vision for markets based, privatized, trade. BRI may mean to do the same thing—to create a global trading bloc that would require the U.S. to concede its principles if it means to continue to engage meaningfully in trade.

To the extent that the Americans continue to treat each element of Chinese strategy as autonomous and unconnected, it will continue to act against its own strategic interests. Worse, for the Americans is the continued belief that the critical element of the relationship between the U.S. and the Chinese, in terms of their strategic visions for trade, and their respective drives for dominance, are centered on the bilateral arrangements between them. The opposite is true. In part, the Americans are tripping over their own emerging ideology. They tend to see things in piecemeal, and assume the prominence of short-term objectives. Connecting pieces in complex strategies appears to be beyond the thinking of economic policy strategies, at least at the global level. Or perhaps it is, and the Americans are tripping over their own “America First” ideology, grounded (at worst and at its most grotesque) in tunnel vision bilateralism existing within an anarchic universe in which connections are hard to make. That would certainly be a pity. . . for the Americans.

In the coming posts the Working Group on Empire will explore these elements ore closely. First by looking carefully at Xi Jinping’s recent BRI speeches for evidence of Chinese thinking, and for the extraction of the core principles and vision that drive Chinese action. Then we will turn to the way the U.S. is seeking a reshaping of its own markets empire.