From the Front Lines of the Battlefields of Legal Development at the American Law Institute (ALI): Letter From 23 State Attorneys General Urging Rejection of the Proposed Restatement of Consumer Contracts 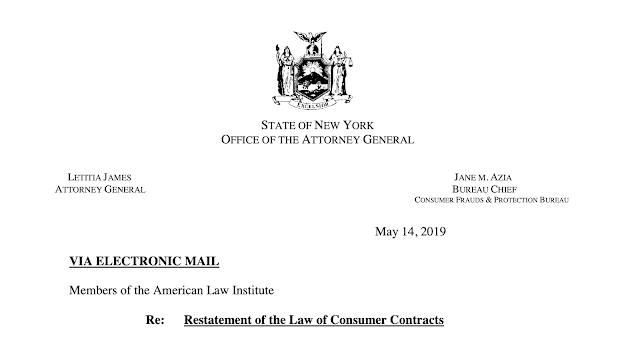 The American Law Institute, over the course of its long history, has always served as an important site for the disciplining of law in the United States in two broad senses. First ALI has sought to bring order and accessibility to the increasingly large and complex body of judicial decisions in common law regimes.  But it has also been instrumental in seeking to bring order to the increasingly important role of courts as the source of statutory interpretation (and operationalization through litigation). These efforts at meaningfulness have in turn contributed to "progress" in American law (understood beyond its ideological overtones as providing a comprehensive resource of general consensus for judges and others seeking to understand and apply the law).

Much of the work of the ALI is technical and quite respectful of the role of the courts (and of the legislatures in driving law).  They bring clarity and order, and they sometimes suggest the consequences of trajectories in legal development.  That they are well positioned for this role is without question.  Its members are among the most elite users and producers of the object of the ALI's attentions--leading judges, lawyers and academics are as responsible for the development of law (and the meaningfulness of statutes) who collectively drive the law in the course of undertaking their respective roles

That driving is sometimes as innocuous as gathering up all of the strands of interpretation and approaches providing judges, lawyers and lawmakers with much material that can be persuasive. And the ALI Restatements have tended to be quite persuasive for judges, lawyers and law makers over the years. But the ALI sometimes drives law as well. It has done so in a variety of its projects throughout its history. Sometimes the ALI takes principled stances with respect to elements of law that is viewed as obsolete or in need of change. Among the most famous early examples was the fight about sex crimes in the 1950s (see, e.g., Exposing the Perversions of Toleration: The Decriminalization of Private Sexual Conduct, the Model Penal Code, and the Oxymoron of Liberal Toleration). That stance has taken a more sustained controversial stance in recent years as some of its reporters at times appear to use their "restatement" projects as a means of stamping the law with their vision of the good, the just, and the "ought to be." That has been evident in the years long battle over the revision of certain definitions and application of a criminal law of sexual assault, a process that has become acrimonious at times (here, here, here, here, here, here).

This year controversy of this sort has come to a corner of the ALI which does not see this sort of controversy very often--the field of contracts, and more specifically the Restatement of Consumer Contracts. (criticized by Gregory Klaas in a 2019 article here) More specifically, 23 State Attorneys General have circulated a letter on the eve of the annual meeting of the ALI urging all members of the American Law Institute to reject the proposed Restatement of Consumer Contracts, to be voted on during the American Law Institute’s annual meeting on May 21, 2019 (Please click this link).

This post includes that letter.  It is worth reading not only for the arguments it makes about choices in the interpretation of an emerging field, but also for what it says about the power of reporters in the service of a vision of the law that is yet to be. The implications for the development of the law and for the way in which law becomes accessible to those for whose benefit it has been developed is also worth considering.

UPDATE 20 May 2019:  Please click this link to read an updated version of the letter which now includes 24 State Attorneys General. 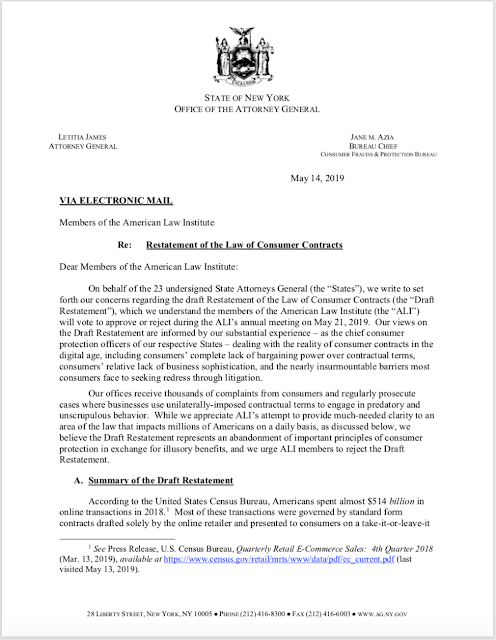 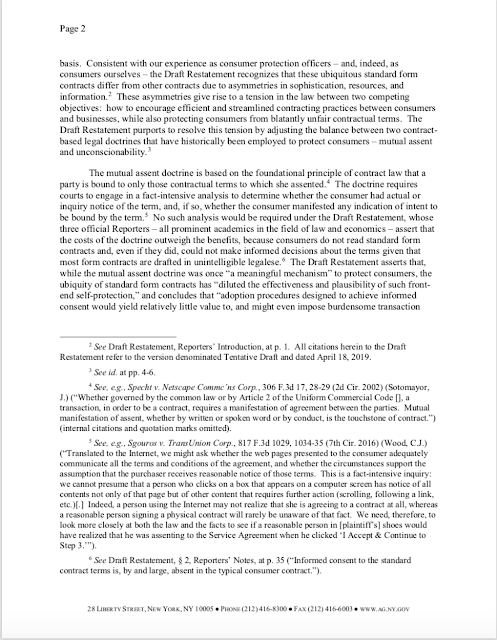 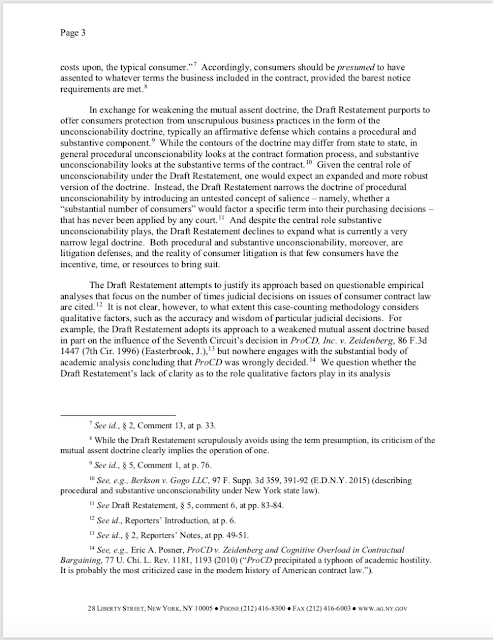 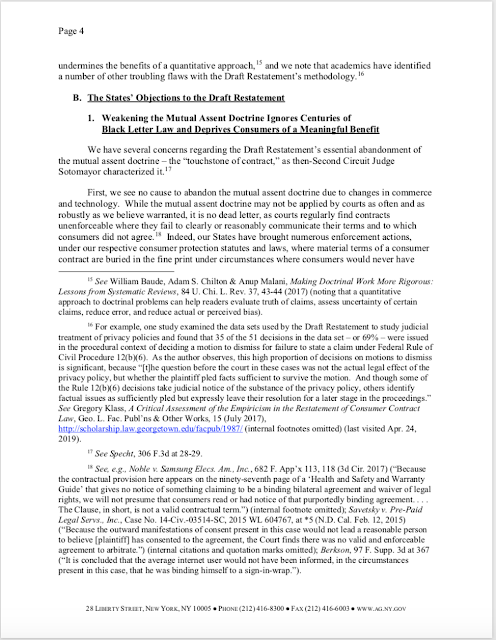 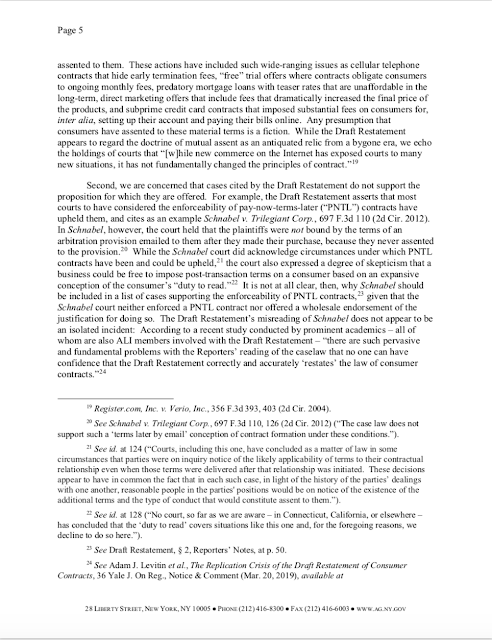 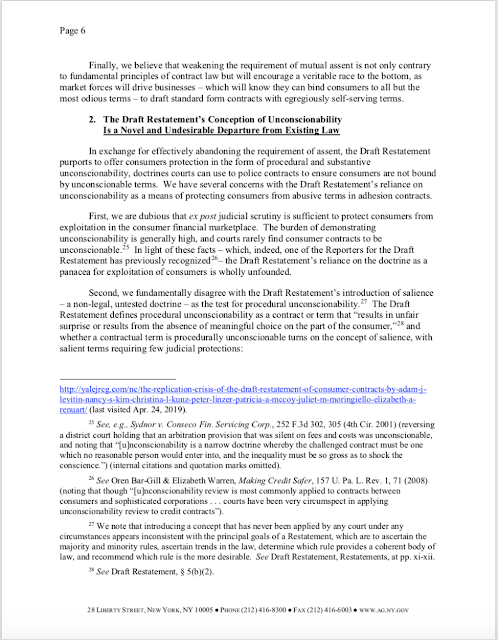 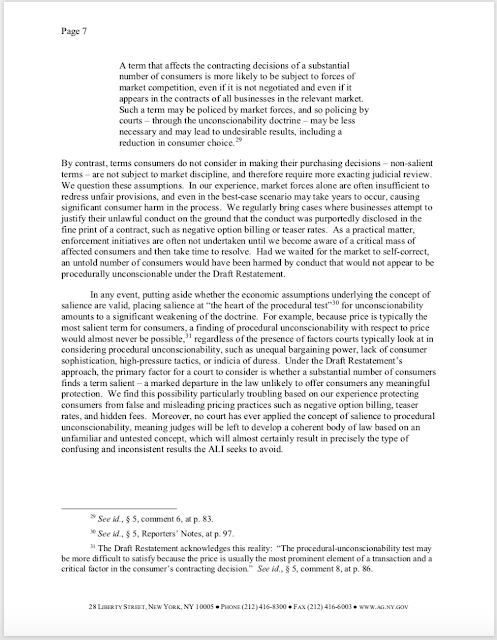 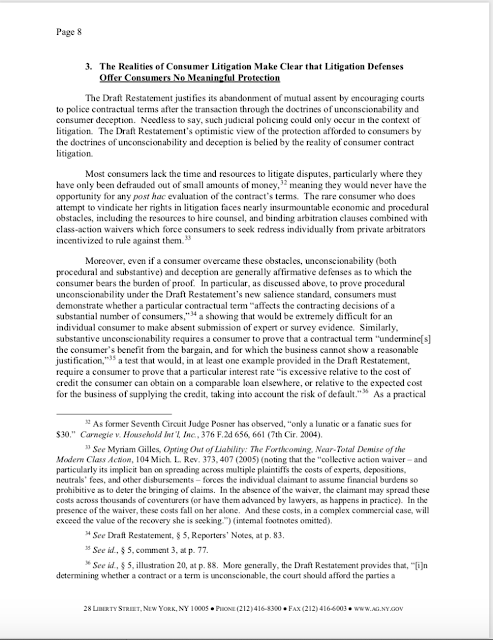 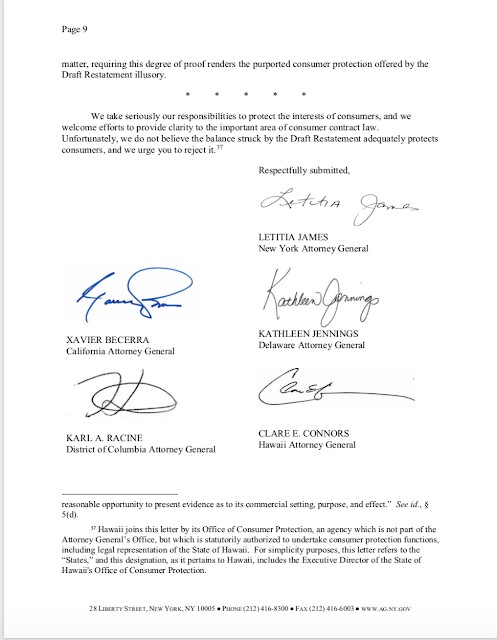 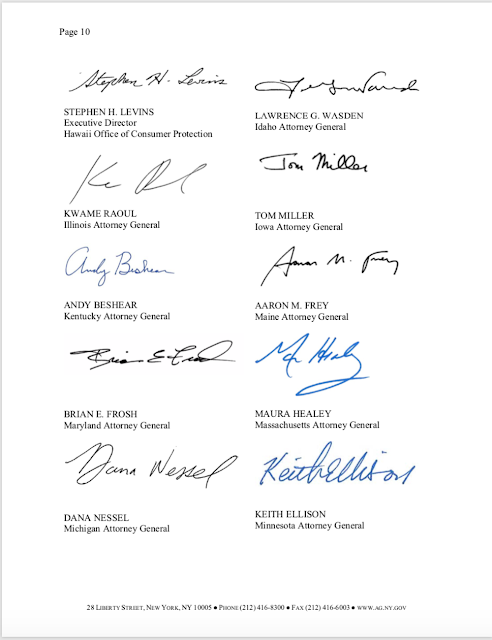 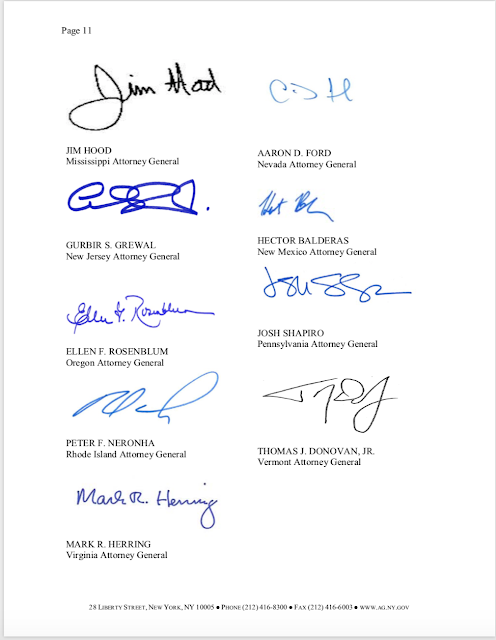 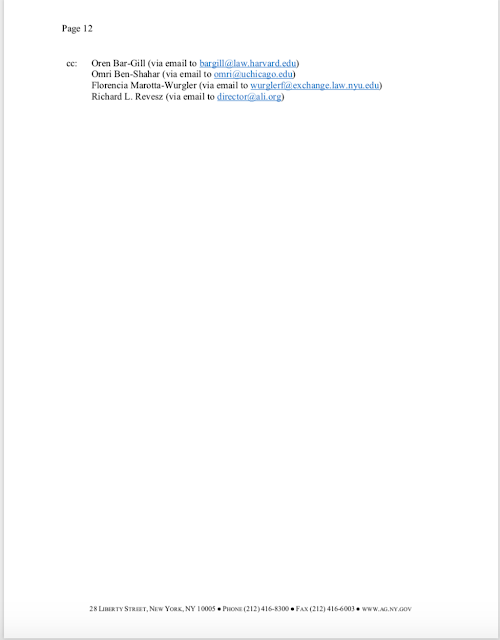