The Brave New World of On-Line Teaching and Its Temptations 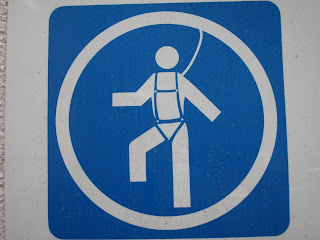 George Washington University students who received “A” grades in two courses that were never taught will be refunded their money and allowed to keep their class credits, according to a university statement released Wednesday afternoon.

In October, the GWU School of Medicine and Health Sciences Office of the Provost received three letters from students who said they were enrolled in physician assistant classes in 2010 but never received instruction. The students still received “A” grades . . . . according to the statement.

[The faculty member] had been assigned to teach a sequence of evidence-based medicine courses over three semesters in 2010 — one in-person class and two online ones. Each course was worth one credit. [She] taught the in-person course, but not the two online ones.

The . . .  professor “nevertheless awarded the grade of A to all the students who had been enrolled in the course,” said Dr. Jeffrey S. Akman, interim vice provost for health affairs and dean of the school, in a statement. “This situation is clearly unacceptable.”

[The faculty member] offered her resignation on Oct. 6, effective Oct. 31.

This story is particularly relevant in the rush to on-line courses, a form of teaching that, for increasingly cash strapped universities, appear to  offer a cheap means of levering faculty and increasing revenue flow. The model works only if it is possible to deliver something approaching pedagogical experience similar to in class instruction of the traditional sort. That equivalence also appears to require monitoring against shirking, the form of which remains unclear to universities.

Akman said the university is now taking steps to ensure something like this doesn’t happen again. He appointed a review committee comprised of faculty members from outside the School of Medicine and Health Sciences to “thoroughly review all aspects of this unfortunate event.” The committee has been asked to make recommendations by the end of the year. (From Jenna Johnson, GWU students can keep credits from untaught classes, supra).

But perhaps the most interesting aspect of the story was the fungibility of the on line courses.  "The students will be allowed to keep the credit they received for those two classes, Akman said, because they had “met the learning objectives” through “other courses, clinical experience and educational activities embedded throughout the curriculum.” The students will receive a refund for the two courses, and can choose to take the online classes for free." (Ibid.).  This also raises issues that might be worth considering.
Posted by Larry Catá Backer at 11/10/2011 10:11:00 PM