The Association for the Study of the Cuban Economy will be hosting its 22st Annual meeting and Conference in Miami August 1-4, 2012.

For Press Release for the Meeting, please click here »

ASCE has also published its proceedings since its inceptions, many of which remain important and timely work. ASCE's proceedings may be accessed here. ASCE is affiliated with the American Economic Association and the Allied Social Sciences Association of the United States, ASCE maintains professional contacts with economists inside Cuba—whether independent or associated with the Cuban government—who are interested in engaging in scholarly discussion and research.

This year I will be presenting a paper at the conference entitled: “The Proletarian Corporation:  Organizing Cuban Economic Enterprises in the Wake of the Lineamientos--Property Rights Between Corporation, Cooperatives and Globalization."

The abstract and introduction follows, and the paper (with references and links) may be downloaded HERE.  Comments and reactions are welcome. 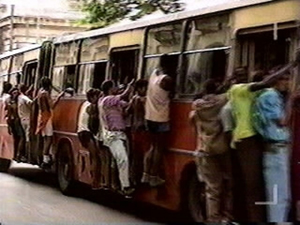 (Pix from  Cuba Plans to Create Coops in Transportation, Other Services, Latin American Herald Tribune, July 22, 2012 "The government this year approved the policy to create as an experiment cooperatives outside the agriculture sector as part of the reform plan that emerged from the April 2011 Cuban Communist Party congress to “update” the economic model.  Rivera said that currently a group of experts is preparing the methodology to be used in applying this management model as well as accounting standards and tax, pricing and employment regulations.")
The Proletarian Corporation: Organizing Cuban Economic Enterprises in the Wake of the Lineamientos—Property Rights Between Corporation, Cooperatives and Globalization

Abstract: Since the 1970s, the issue of the relationship between productive property, the state and the individual has been contested in Marxist Leninist states. While China has moved to a more managerial form of relationship, states like Cuba continue to adhere to more strict principles of state control of productive property. However, in the face of recent financial upheavals and Cuba’s long effort to create alternative forms of regional economic engagement, Cuba’s approach to economic regulation has been undergoing limited change. This essay considers the form and scope of Cuban approaches to economic reorganization in the wake of the Lineamientos. Focusing on the re-examination of the relationship of individuals to productive property, it considers Cuba’s efforts to develop theories of economic activity that limit the availability of the corporate form to the state but makes available alternatives to individuals, and principally the cooperative. The essay first considers the current development and structure of economic organization in Cuba, focusing on corporations, cooperatives and sole proprietorships. It then considers the Cuban cooperative in more depth as an effort to theorize a proletarian corporation, one in which ownership is based on the supply of labor rather than of capital. It ends with an examination of the cooperative in the context of Cuban efforts to internationalize its approach to state-centered transnational economic activity through vehicles such as the Alianza Bolivariana (ALBA).

Paper may be DOWNLOADED HERE.