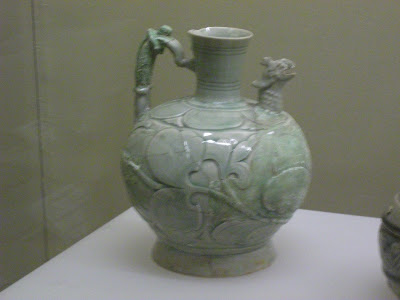 The review was prepared by  Joshua Branch, Nicholas Pyeatt, and Nicholas J. Rowland.

“Review of The Tea Party and the Remaking of Republican Conservatism”

Published by Oxford University Press in January of 2012, to say that The Tea Party and the Remaking of Republican Conservatism is “timely” is to put it modestly, especially given that the book is replete with predictions for the 2012 Senate election. The book is written by a well-known political sociologist – Theda Skocpol, who is the Victor S. Thomas Professor of Government and Sociology at Harvard University – and her student Vanessa Williamson, a 3rd year Ph.D. candidate in Government at Harvard University and former Policy Director for Iraq and Afghanistan Veterans of America. This rare combination of authors might very well explain the stylistic decisions made in the book, namely, the delicate balance found in the prose teetering between occasionally “dry academic jargon” and the faithful use of clear, “vivid English” (Skocpol and Williamson 2012: 13). The result is an unpretentious look at the Tea Party. The book offers evidence of the big picture, meaning public records, newspaper reports, and national surveys, as well as the small picture, meaning face to face interviews and ethnographic reports from Tea Party meetings. The authors contend that they provide the reader with a more complete vision of the Tea Party phenomenon compared to media portrayals of the group; an assessment with which we generally agree.

The authors deliberately craft this text in a way that neither castigates nor extols the diverse conservatives referred to as the Tea Party. Like DiMaggio (2011), we resist the impulse to call the Tea Party a “social movement,” especially as the term is employed by academics in the scholarly literature (see, for example, Rojas 2007). The authors open the preface by suggesting that “curiosity” inspired the research project and that the Tea Party could not be understood with conventional academic concepts and theories. Their curiosity is justified given the unexpected rise of the Tea Party following the 2008 election.

The author’s eclectic methodological approaches reflect their clear desire to understand this group. And yet, with no clear theoretical orientation, it becomes impossible to justify decisions made during data collection or analysis, which is where this book drifts from its academic origins into a somewhat more journalistic style. Still, the book may prove to be a gem in forthcoming years, especially if the Tea Party remains an important political player. While the authors highlight predictable ironies such as the Tea Party slogan “Government, Keep Your Hands Off My Medicare,” they also manage to correct a number of troublesome misconceptions about the Tea Party along the way, which Ventura (2011) also draws attention to. Because of the broad but thin popular coverage of Tea Party activism, students entering a political sociology class or an elections course in political science will likely arrive with preconceptions about the group. This book will prove a consistently useful tool in the classroom for debunking misconceptions among preconceptions for students and faculty alike. In fact, sociology is full of books that disavow readers of popular misconceptions, and the authors are quite successful at countering misconceptions, which places this new book alongside classic debunking texts in sociology.

The best part of this book is that Tea Party members are presented in their own words. This is where the interview format shines, making the book accessible to readers of any stripe. Crucially, the format also affords the authors an opportunity to present their deep understanding of the group’s values and how the group uses key symbols, especially the Constitution, to form cohesion, which is mentioned in other reviews (Anon. 2011; Bush 2011). More humanizing than Lepore’s (2010) interview-based The Whites of Their Eyes, which depicts Tea Party members as in need of a good history lesson, Skocpol and Williamson’s work should be read alongside its foil Crashing the Tea Party by Street and DiMaggio (2011), which questions whether or not the Tea Party is grassroots or even a social movement. In fact, a key strength of Skocpol and Williamson’s, as noted by other reviewers (Bush 2011; Ventura 2012), was their ability to clearly differentiate between the national Tea Party groups and the grassroots activism, which some adherents believe is the “true” movement. The authors highlight a fundamental, underlying tension between the upper middle-class base of the Tea Party and those elite talking heads and donors such as Dick Armey and Grover Norquist (also mentioned by Johns (2011)).

One significant virtue of this book, underappreciated by reviewers and the authors is that only a couple of years ago, pundits and scholars had achieved a modicum of consensus that grassroots activism – a vital element of a functioning democracy – was all but dead. The democratic process, it appeared, was failing. Mike Lofgren’s forthcoming The Party Is Over: How Republicans Went Crazy, Democrats Became Useless, and the Middle Class Got Shafted comes to mind immediately, as does Richard Heinberg’s (2005) The Party's Over: Oil, War and the Fate of Industrial Societies in that both books, and many others, depict both political parties as essentially co-opted by social and industrial elites while memorializing the grassroots political activism of yesteryear. However, the 2008 Obama campaign appeared to have engaged previously inactive Democrats as well as generally uninvolved young people. Tea Party proponents, according to Skocpol and Williamson, also constitute an unexpected mobilization of conservative grassroots activists following the 2006 and 2008 elections. In this respect, it seems that this book documents the revival of a dormant strain of grassroots political activism.

The authors limit their theoretical commitments and, as a result, they failed to undercover what might have been the single most important contribution of the book – a chance to broadly theorize about conservative social movements. Ziad Munson (2009), author of The Making of Pro-life Activists: How Social Movement Mobilization Works, was invited to be the keynote speaker at the 60th annual Pennsylvania Sociological Society meeting and spoke on the topic of conservative social movements. He suggested that scholars have tended to characterize social movements to be prototypically liberal or progressive in nature. After all, social movements mobilize for change, in the typical account. Munson observed something else; he observed a form of under-theorized activism, namely, activism for stasis. Skocpol and Williamson resist the temptation to broadly theorize about what they observe, likely to keep the book appealing to a broader audience than merely scholars, but frustrating the latter group in the process.

Like any decent academic book, The Tea Party and the Remaking of Republican Conservatism raises more questions than it answers. Additionally, given the book’s position between sociology and political science, it showcases the vast utility of interviewing activists in order to depict them in their own words rather than those imposed a priori by scientists. The authors, thus, share evidence with the reader that is more personal and nuanced as compared to how the group might otherwise be characterized in survey results. It should prove to be a well-spring for future research, in particular, as a foundation for fresh work on how to conceptualize conservative activism and, conceivably, how anti-progressive social movements mobilize for stasis. If research follows this direction, we may finally undercover how and why some activists work so hard to keep social arrangements the same.
References
Anonymous (2011). “The Tea Party and the Remaking of Republican Conservatism” Kirkus Review. Available at: https://www.kirkusreviews.com/book-reviews/theda-skocpol/tea-party-and-remaking-republican-conservatism/#review Accessed: June 6, 2012.

Heinberg, Richard (2005). The Party's Over: Oil, War and the Fate of Industrial Societies. Gabriola Island, BC, Canada: New Society Publishers.

Lepore, Jill (2010). The Whites of Their Eyes: The Tea Party's Revolution and the Battle over American History. Princeton, NJ: Princeton University Press.