For those interested, I have posted the following working paper to the Social Science Research Network (SSRN) website: The Structure of Global Law: Fracture, Fluidity, Permeability, and Polycentricity. 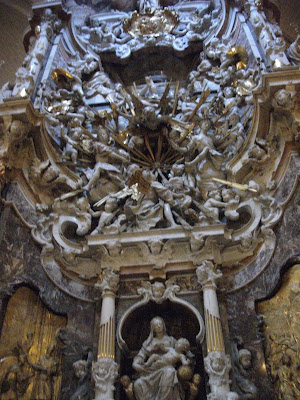 
This working paper continues work on the evolution of  a "law" beyond that of the domestic legal orders of states and the international law frameworks that serve as an expression of state based collective governance. To that extent, it seeks to liberate theory both from the ideological constraints of the state system and as well from the limitations of earlier work in transnational law.  Not that the state is a bad thing, or that its ideology is neither useful nor powerful; merely that state ideology, and the state itself, is no longer the sole or controlling occupant of the center of regulatory or governance power.  To fail to take this into account is to ignore reality in favor of preserving the ideological purity of a world view that passed with the ascendancy of globalization.

The concept of transnational law, as controversial as it remains, is still tied too closely to the ideal of the national, and to the notion of power legitimacy as possible only within the organs of and bounded by the legal structures of the state.  Transnational law still retains too close a connection to the state system, and its ideology, to offer a substantially interesting way of understanding developments in governance in the wake of globalization.  What follows is the abstract and a link to the working paper.  To consider the possibility of law/governance beyond the state it is necessary to avoid attaching its framework either to the state or to law (as traditionally and narrowly understood as a product of the state).


The Structure of Global Law: Fracture, Fluidity, Permeability, and Polycentricity.


The Working Paper can be downloaded HERE:

Say, you got a good article. Much thanks again. Wonderful.

Happy to see another person on the same wavelength! Nice article.


Perhaps, individuals could take a signal. Will likely be back to acquire more. Appreciate it.