On October 14, 2013, the Norwegian Ministry of Finance has issued a press release on its decision on exclusion and observation of several companies. 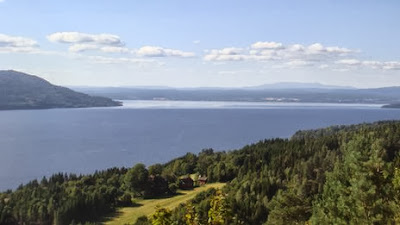 
Most interesting is the decision by the Ministry of Finance to invoke the NSWF's active shareholder rules, that is to use its private power as a corporate shareholder, to raise issues about mining related environmental damage with the company AngloGold Ashanti.  On the use of active ownership principles and investment universe exclusion rules to further a project of global CSR and human rights governance by the NSWF, see Larry Catá Backer, Sovereign Investing and Markets-Based Transnational Legislative Power: The Norwegian Sovereign Wealth Fund in Global Markets, American University International Law Review 29:-- (forthcoming 2013).


Decisions about active ownership and divestment

The Ministry's decision to exclude the above mentioned companies is made on the basis of the recommendations from the Council on Ethics. The Ministry has not made an independent assessment of every aspect of the individual recommendation in question, but is satisfied that all the recommendations establish with reasonable certainty that investments in the companies above represent an unacceptable risk of violating the Guidelines for observation and exclusion.

The Council on Ethics has advised that the companies Royal Dutch Shell Plc. and Eni Sp.A.'s operations in the Niger Delta are placed under observation. The Ministry of Finance has decided to ask Norges Bank to include oil spills and the environmental conditions in the Niger Delta in its ownership efforts for a period of between five and ten years. The Ministry will ask Norges Bank to report on its exercise of ownership. The Ministry has therefore decided not to follow the recommendations from the Council on Ethics to place the two companies under observation.

All documents will shortly be made available on the website of the Council on Ethics,