The mass line has been a central element of the Chinese Communist line for a long time.  But it has undergone significant development, especially in the first decades of the 21st century. 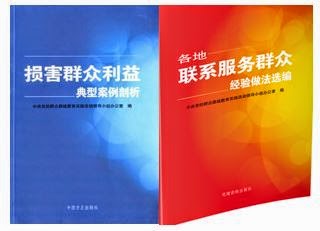 But the mass line itself can be understood as containing two distinct dimensions.  One dimension is normative.  The mass line references the democratic obligation of the vanguard party to be responsive to the people as it moves society toward the achievement of a communist state.  That is inherent in the General Program of the Chinese Communist Party Constitution ("The Party follows the mass line in its work, doing everything for the masses, relying on them in every task, carrying out the principle of "from the masses, to the masses," and translating its correct views into action by the masses of their own accord. The biggest political advantage of the Party lies in its close ties with the masses while the biggest potential danger for it as a governing party comes from its divorce from them.").

But equally important, and perhaps more so since the 18th Communist Party Congress, has been its intra-Party and disciplinary dimensions. That is also inherent in the General Program of the Chinese Communist Party Constitution ("The Party's style of work and its maintenance of ties with the masses of the people are a matter of vital importance to the Party. The Party will establish a sound system for punishing and preventing corruption by fighting it in a comprehensive way, addressing both its symptoms and root cause and combining punishment with prevention, with the emphasis on prevention. The Party will persistently oppose corruption and step up efforts to improve its style of work and uphold integrity." ). In this aspect, the mass line serves as a disciplinary technique, a measure of the responsiveness of party cadres to the people and a standard against which to measure corruption, an important element of f Xi Jinping's Five Key Points on Chinese Rule of Law (see HERE).

The upcoming education campaign, including cracking down on undesirable work styles, will bring a closer tie between the Party and the people, the editorial says.

Undesirable work styles, such as formalism, bureaucratism, hedonism and extravagance, are like an invisible wall that cuts off the Party from the people, depriving the CPC of people foundation, it says.

Faced with the challenges in the new era, all CPC members should carry forward the glorious tradition of arduously struggle and make exemplary conducts, it adds. (People's Daily editorial stresses stronger ties with masses, Xinhua, July 1, 2013)

This post highlights a short essay produced by Shan Gao, a member of the research team at the Coalition for Peace and Ethics, that considers the current form of mass line education among party cadres.  The essay,