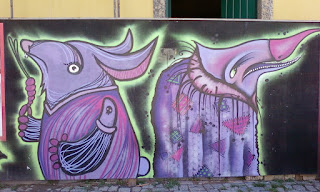 The history of the United States has been, if nothing else, a history of tremendous battles over the definition and control of the societal structures that define and discipline its politics, law, and culture--its sense of self as a polity and community.  Those battles, in turn, might be understood as great efforts among groups people--the poor, women, ethnic, religious, racial and sexual minorities--to move from tolerance within a societal structures from which they have been excluded, to central elements of those social structures now transformed by their incorporation.  Law, politics and culture changed as groups moved into societal spaces, even as groups sought to use law, politics and culture to either resist or compel such societal transformation.

A great site for these battles has been the educational institutions from which individuals are selected for advancement within political, economic, and other structures of authority.  To change society from within, access to these critical societal sorting institutions are necessary.  It is in that context that much attention has been devoted to the the legal and social norms of admissions decisions for universities. Affirmative action, neutrality, testing are among the proxies within which the greater conversation about societal place and power is waged.

Set out below is a short essay I prepared that considers one of the more interesting engagements with that set of challenges:   If One Wants to Change Societal Norms One Must Change Society: Lessons From Michael Olivas and ‘Constitutional Criteria’ in Managing Higher Education Admissions Decisions.

The introduction is set out below with links to the entire essay.

In this second decade of the 21st century, no reader can explore critical areas of U.S. law, and especially the ethno-sociology of U.S. law, without engaging with the work of Michael Olivas. To some large extent, Michael Olivas has been an important player in that great shift of societal structures that marked the last third of the 20th century and the beginning of this one.[2] This shift changed the societal substructures of the U.S. polity in ways that made the legal changes witnessed during that period—culminating most recently in the extension of protection of rights to marry irrespective of the sex of the couple[3]--plausible as matters of constitutional interpretation. Professor Olivas may well have sensed, in many respects well before many of his academic colleagues, that in order to change legal superstructures one must first open the possibilities of changes the sub-structures of the society whose desires shaped these superstructures and their interpretive possibilities.[4] Nowhere is this premise more acutely situated than within the structures of education in the United States. Arranged, like society, into tiers and classes reflecting social, economic and cultural standing, educational institutions, especially post secondary institutions,[5] serve as gatekeepers to position and power to speak for and to societal actors—to effectively shape societal views of the “conventional” and “acceptable” in all spheres of national activity. To transform law, one must first transform societal space; to transform societal space, one must expand the boundaries of who is included in society; to expand the boundaries of inclusion one must open access to the university. It is in this context that I consider Professor Olivas’ reflections[6] of one of the most interesting cases of access to the university, Bakke,[7] and what it has to say for both the legal and societal structures of U.S. legal culture. Those reflections are worth careful study in the context of the ongoing societal and legal-constitutional conflicts that remain unresolved in this Republic.[8] I start with Professor Olivas’ consideration of the structures of admission. I then draw some enduring insights from that exploration. The legal construction of admission then suggests the critical role it plays in societal transformation. It is not enough for law to represent societal norms. Where society includes some but not all elements of a polity, both law and the incentives to interpret foundational (constitutional) norms tend to reinforce the society it reflects. Opening societal structures provides the basis for transforming societal norms (including law and the framework of constitutional interpretation) to reflect the societal space thus transformed.

[1] W. Richard and Mary Eshelman Faculty Scholar & Professor of Law, Professor of International Affairs, Pennsylvania State University. My great thanks to Ediberto Roman and Kevin Johnson for their vision and their great efforts in putting together this important collection.

[7] Regents of the University of California v. Bakke, 438 U.S. 265 (1978) (allowing race to be one of several factors to be considered as criteria in college admission, but prohibiting the use of specific quotas).