John Ruggie and John Sherman on "Adding Human Rights Punch to the New Lex Mercatoria: the Impact of the Un Guiding Principles on Business and Human Rights on Commercial Legal Practice" 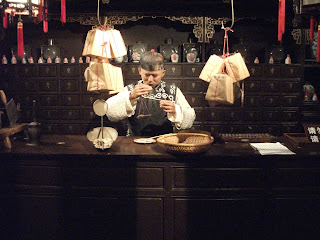 
Law and legal practice continue to change, and change dramatically, in the wake of the emergence of regulatory regimes beyond the state and state based law. While many lawyers and law schools continue to focus on the state, intra-state disputes and domestic legal orders as if they were autonomous and disconnected from the flows of people, capital, goods, and enterprises across borders, the vanguard element of corporations, legal counsel, civil society and risk managers have come to understand that law has become a more complicated and interconnected enterprise.  And though it is moored in and through the state, it also can apply with equivalent force on the inter-state governance relations of corporations and the people with whom they interact.

In the area of business and human rights, the UN Guiding Principles have become an influential and increasingly normative framework around which business organizes and gauges its behavior within global production streams.   Increasingly general counsel serve as the organizational nexus point for geopolitical risk and the governance frameworks within which these may be approached and to some extent managed. (See eg here).  John Ruggie and John Sherman have recently posted a very useful essay that touches nicely on these points:  Adding Human Rights Punch to the New Lex Mercatoria: the Impact of the UN Guiding Principles on Business and Human Rights on Commercial Legal Practice, forthcoming in the Journal of International Dispute Settlement. That essay situates this fundamental shift both in the context of a lawyer's role in global transactions and as an evolution toward a governance environment in which contracts increasingly incorporate significant governance elements (eg here)--hardening soft law into binding obligation among economic actors within the societal sphere but in the realm of the rules that bind parties.

In an age of debate about the added value of a comprehensive treaty on business and human rights, this essay reminds us that while diplomats negotiate, the rest of the world is making facts on the ground, and the UN Guiding Principles are at the center fo that normative governance project. As large trade organizations begin to incorporate the UNGP inot their basic contract terms, the norms that shape expectations of corporate behavior will change with them, and with that change law will follow--first as contract and thereafter. . . .

In July 2015, the Fédération Internationale de Football Association, otherwise known as FIFA, announced that as a prominent part of its new reforms, it will “recognise the provisions of the UN Guiding Principles on Business and Human Rights [“GPs”] and will make it compulsory for both contractual partners and those within the supply chain to comply with these provisions.” Football is undisputedly the world’s top sport. According to its president, the FIFA “pyramid” encompasses “209 national associations”, “300 million active participants” in football, and “1.6 billion people involved directly or indirectly in the game. As a result of football’s vast global reach, this announcement will cause lawyers around the world to scramble to find out what the GPs mean as a practical matter in order to advise their clients properly. It is but one example among many of the global convergence on the GPs as the authoritative standard on business and hand human rights.
Posted by Larry Catá Backer at 9/16/2015 08:59:00 PM