Posted to SSRN: "Essay: Considering a Treaty on Corporations and Human Rights" 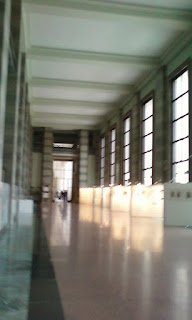 In the run-up to the 2015 United Nations Forum on Business and Human Rights to be held this November in Geneva, the issue of a comprehensive treaty for business and human rights will no doubt be at the center of discussion.

The  discussion around the current effort to think through a framework for approaching a comprehensive Business and Human Rights Treaty is engaging key stakeholders in a high stakes struggle over the narrative of business and human rights and the course of development of governance structures relating to the human rights related conduct of business within global production chains. Most discussions start from the premise that a treaty is either essential or that it is not.  These then center issues of treaty content or treaty alternatives. On the one hand, many important civil society actors, and a group of developing states, have invested a tremendous amount of effort to move the discussion of the regulation of MNEs back into the public sector, and within that sector, to discipline that discussion through the mechanics of international lawmaking.  On the other are those, developed states and MNEs along with other stakeholders, who have invested efforts in the construction of multiple but coordinated governance systems in the public, private, legal and societal spheres, and these around the UN Guiding Principles.

It might be useful, before we are plunged back into those frameworks for discussion to take a step back and consider the idea of the treaty itself. It is in that context that I examine the current move toward treaty making as the means for structuring MNE governance beyond but also within states in a public law framework.

The paper, Essay: Considering a Treaty on Corporations and Human Rights: Mostly Failures But with a Glimmer of Success, may be accessed here.  The abstract follows.

Essay: Considering a Treaty on Corporations and Human Rights: Mostly Failures But with a Glimmer of Success

In June 2014, three years after it endorsed the U. N. Guiding Principles on Business and Human Rights, the UN Human Rights Council moved to establish an open-ended intergovernmental working group to elaborate an international legally binding instrument to regulate, in international human rights law, the activities of transnational corporations and other business enterprises. These actions brought into the open long festering tensions among stakeholders involved in developing governance frameworks to manage the human rights behaviors of enterprises. The substantive positions of most stakeholders are now quite clear. They appear perhaps irreconcilable. This chapter will consider what the process of negotiating the contemplated treaty may reveal about the state of structuring governance frameworks for business and human rights either within the anticipated treaty framework or under the UNGPs. What analysis may reveal is that while the move toward the negotiation of a treaty may reveal substantial normative and conceptual failures, it also suggests some not inconsiderable successes. After setting the context of the current debate, Part II considers the normative and structural difficulties of the move toward a comprehensive business and human rights treaty. Part III then considers its benefits, both for the process of developing structures of governance for business and human rights, and its substance. Taken together what may become clear is that even were the move toward a treaty to end in failure, the movement toward more robust governance of the human rights effects of economic activity will emerge stronger.