Revised Paper Posted: "Theorizing Regulatory Governance Within its Ecology: The Structure of Management in an Age of Globalization" 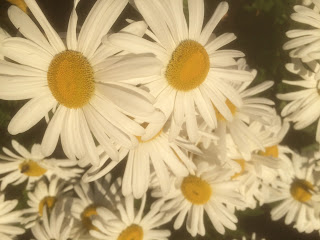 Regulating in and through markets has been an idea long incoming.  It reflects the potential for interconnectivity among distinct sources of law and rul making within frameworks that can easily pass through the barriers of jurisdictional limits of any one of these actors. In effect, one might start thinking about issues of regulatory governance--within states--as the management of activity through the regulation of markets, activity that may no longer be adequately controlled through conventional law making.

Regulatory governance as a framework, technique and ideology may be particularly applicable in the context of the regulation of global production chains, and especially in the context of the corporate social responsibility and human rights obligations of states, enterprises and international organizations.

To that end I have posted a revised manuscript,  Theorizing Regulatory Governance Within its Ecology: TheStructure of Management in an Age of Globalization.  It considers the way that the Rana Plaza factory building collapse in 2013 and the regulatory responses it triggered exposes the modern face of regulatory governance within supply chains. I anticipate that a final version will appear in a special issue of Contemporary Politics Journal.

The abstract and introduction follows.  The draft may be accessed here.

Theorizing Regulatory Governance Within its Ecology: The Structure of Management in an Age of Globalization
Larry Catá Backer[1]

Regulatory governance, like other terms that have become important markers of the discussion of power and governance in the 21st century—globalization,[2] law, [3] markets, [4] development and finance,[5] the state,[6] sovereignty,[7] religion,[8] and social norms[9]—has become a protean concept. At its core, it speaks to the management of people and human activity, and the means through which those can be implemented for specific purposes grounded in specific ideologies. In that sense, regulatory governance appears to acquire the character of methodology.[10] Yet, at the same time it is meant to embody a set of premises about the efficiency of managing behaviors and compelling compliance with authority. [11] It is a form through which public government can be expressed [12]—expanding the administrative possibilities of democratic government,[13] and the essence of private governance regimes.[14] Regulatory governance tends to be understood as much about the way one governs as it does about the institutions of governance themselves.[15] Less attention is paid, however, to the interactions of these governance sub-systems within an ecology in which many operate simultaneously within the overlapping regulatory spaces.[16] This problem of the ecology of regulatory governance also poses a number of important fundamental ordering questions, touching on issues of aggregation (regulatory governance and its connection to the ecologies of globalization),[17] disaggregation (distilling the complex interactions that together produce the sustainable habitat for global regulatory governance),[18] coherence (a centered or anarchic ecology),[19]sustainability (systemicity and autonomy),[20] and ideology (regulatory governance as instrument or as typology).[21]

This paper considers these questions in the context of ecologies of public and private regulatory governance within a specific context—the global regulation of production chains and multinational enterprises. Its thesis is this: Regulatory governance is a normative system with its own ecology, a set of normative values and procedural constraints that serve both to structure the internal workings of each regulatory governance order and the relationships and interactions—the structural couplings of regulatory governance in those spaces in which they meet, intermesh, and conflict. That ecology presents a reconstitution of law that admits a powerful role for soft law and the moral obligations of the societal field. These are represented by the rise of hard and soft disclosure, monitoring and assessment systems that both construct moral-legal orders and that embed them in the law of contract, of the state and of the international sphere.[22] The rules of these interactions represents the new constitutional law of regulatory governance systems (and the apparatus through which they are activated); the rules of governance interactions represents the new international law of regulatory governance systems (through which they engage with each other within the global orders). These new orders hold together and constrain the emerging structures of power. But they also challenge the fundamental ordering basis on which the contemporary order rests—sovereignty, democratic representation, classical separation of powers, the separation of public and private orders, and the traditional separation of powers.

After this Introduction, Part II identifies the ecology within which regulatory governance arises. The context is Bangladesh and its garment industry, and in particular the governance response to the collapse of the Rana Plaza factory building, a response that exposed the complex interweaving governance of public, private, national and multilateral institutions. [23] Here is an ecology that is built on the coordination and conflict among law systems, soft and hard moral systems, disclosure and assessment regimes and their institutional sources in enterprises, international organizations, civil society, and the state. Part III then seeks to extract theory from theorize the meta structures of regulatory governance within this ecology. To that end a distinction might be made between the functioning of the ecology and its ideology. We see in regulatory governance, appropriately situated, a complex interweaving of moral obligation and law, of structures of disclosure and market driven regulatory discipline, and of the regulatory effects of states in markets as both managers of and participants in broad ecosystems of coherent and sustainable discipline across borders. The actions of governance actors in the wake of the Rana Plaza factory building collapse provides a glimpse of this emerging ecology.

[1] W. Richard and Mary Eshelman Faculty Scholar, Professor of Law and International Affairs, Pennsylvania State University. An earlier version of this article was presented at Workshop on Regulatory Governance at the Department of Business and Politics, Copenhagen Business School, Copenhagen, Denmark, February 4-5, 2016. My thanks to Poul Kjear and Antje Vetterlein, the workshop organizers, and to the participants for their comments and engagement. Special thanks to my research assistant Angelo Mancini (Penn State Law expected 2017) for his usual excellent work.

[6] Kenichi Ohmae, The End of the Nation State: The Rise of Regional Economies (Free Press, 1995);

[11] Eric Helleiner, “Reining in the Market: Global Governance and the Regulation of the OTC,” in Governing the Global Economy: Politics, Institutions, and Economic Development 131 (Dag Harald Claes and Carl Henrik Knutsen, eds, Outledge, 2011).


[13] It has been suggested that “functional international organizations can be supposed to rely on legitimating strategies that much more resemble those bureaucracies than those of state governments.” Jens Steffek, “Sources of Legitimacy Beyond the State: A View From International Relaitons,” in Transnational Governance and Constitutionalism 81, 91 (Christian Joerges, Inger-Johanne Sand and Gunther Teubner, eds., Oxford, 2004).

[15] Poul F. Kjear, “Context Construction Through Competition: The Prerogative of Public Power, Intermediary Institutions, and the Expansion of Statehood Through Competition,” Distinktion: Journal of Social Thoery 16(2):146-166 (2015).

[23] For discussion about Rana Plaza and the factory building collapse, see, e.g., Sara Labowitz and Dorothée Baumann-Pauly, Business as Usual is Not an Option, New York University Stern School of Business (April 2014); Backer, “Are Supply Chains Transnational Legal Orders?: What We Can Learn From the Rana Plaza Factory Building Collapse,” University of California Irvine Journal of International, Transnational, and Comparative Law 1(1): – (forthcoming 2016).