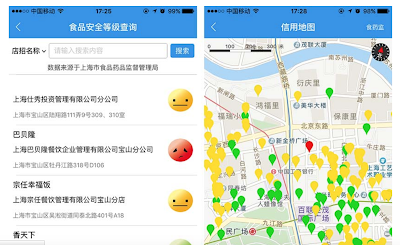 
I have started thinking through the issues around social credit generally, and the Chinese Social Credit project . I will be working through the issues and practices that are presented by the emergence of Social Credit theory--both in China (as an indigenous and quite complex set of policies, advances on political theory, and operational challenges), and in the rest of the world. To understand the shaping of law today (and soft law as well) one must understand social credit. To understand social credit, one must understand the evolving structures of the relationships, in law and politics, of the relationships between states, its masses, and the institutions through which it operates.

This post introduces and very briefly considers the the essay, Samantha Hoffman: "Managing the State: Social Credit, Surveillance and the CCP’s Plan for China," China Brief 17(11).  The brief comments and the introduction to Managing the State" follows. Samantha Hoffman is an independent consultant. She is currently finalizing her Ph.D.: “Programming China: The Communist Party’s Autonomic Approach to Managing State Security”.

Index of Posts.
Comment on Samantha Hoffman: "Managing the State: Social Credit, Surveillance and the CCP’s Plan for China," China Brief 17(11).
One of the most interesting aspects about the study of Chinese governance, politics, economics and ideology is the extent to which it is viewed as deeply self referential and detached from (or an expression against) the rest of the world, and most certainly the colonial powers, the relationships with which from the 19th century profoundly affected Chinese self perceptions. At the same time, and like most 21st century political cultures, China (and its students) tend to have a love hate relationship with its own history--at once drawn to it and repelled by its essential contradiction to the supposed forward movement of society. It it refreshing, then, to read an analysis of current trends that tends to avoid these analytic tropes.

Samantha Hoffman provides a clear eyed and quite useful perspective on certain trends in Chinese politics and law that has excited an confused the West.  She has in the process naturalized these trends within quite strong historical trends in Chinese governance, and more importantly within the developing working style of the Chinese Communist Party.  The lucid linking of movements toward advancement in a useful application of artificial intelligence (here) to the recently re-emphasized project of social credit (社会信用体系) and the more ancient project of social management (社会管理), and its reconstitution as "social governance" provides a useful analytical base for approaching these inter-linked projects.As Ms. Hoffman notes: "Far from being a narrow, isolated political concept, “social management” gives cohesion to an array of concepts ranging from Hu Jintao’s signature “Scientific Development” to Xi’s push for military-civil integration, as part of this power maintenance process (People.com.cn, April 17)." (Hoffman).

With respect to the discussion of social management a couple of points are worth emphasizing.  First, the connection between social management and the mass line are most welcome.  That connection underlines the central importance of the principle of the mass line as the core form of the working style of the CCP.  Despite constant efforts to pretend that the mass line was either an aberration the excesses of which died with the Cultural Revolution, or an intellectual abstraction confined to the blathering of Party School instructors, the mass line (however flawed its understanding and application) is deeply embedded in social management, and social management is deeply embedded in the working style of the CCP as a Leninist vanguard.  Burt second, it might be useful to consider the mass line not merely as methodology but also as the expression of a core ideological principle. That is, the mass line is not just, as Ms. Hoffman suggests, a powerful methodological construct.  It is also a powerful set of normative constraints that shape the choices that the CCP makes.

This last point is important for contextualizing Ms. Hoffman's discussion of AI, social management and social credit as "system construction." Ms. Hoffman correctly notes that "the technological development of social management’s automation was the implementation of grid management (网格化管理) [that] advanced what has been described as a multilateral “vertical and horizontal integration” (纵横结合) of resources, people and agencies involved in social management." (Hoffman). And she niocely shows how its development as e-government produces a "feedback loop with social management functions" that again should be understood as a manifestation of mass line operationalization.But systems are not neutral.  And system cannot operate unless its algorithms, its data harvesting and the consequences attached to both are deeply embedded within ideological objectives.  That is, systems do not merely serve themselves; nor do they merely serve short term CCP objectives.  These systems must be understood not just as algorithmic cages of collective objectives but also as the expression of political choices as well.

As a consequence moves to automation--the last section of Ms. Power's excellent essay--must be understood as inherently partial. Ms. Hoffman is correct when she notes that "Responsibility is a concept underlying the social management process, and it implies that the entire Party and all of society are responsible for upholding the Communist Party’s leadership" (Hoffman).  Yet it is also important to consider that responsibility to uphold the Party's leadership is contingent on the CCp's fidelity to its own Basic Line.  It is the Basic Line rather than the CCP itself that serves as the centering of leadership, and legitimacy.  Social credit, social management, AI, as technique and objective, is only as legitimate and useful as it can be made to serve the Basic Line.  And to that end, it is not the CCP's leadership that these programs serve, but socialist modernization.  The difference may be subtle, but for a Leninist project, it is a difference with significant effects. And thus my comment--whikle the methodologies of these projects is critical to an understanding of their utility and shape, their value can only be measured as a function of the extent to which they embed and further the ideological objectives of the Basic Line.
__________ 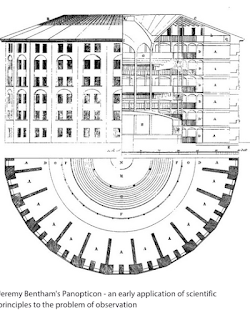 On July 20, the Chinese government released its Next Generation Artificial Intelligence Development Plan. [1] The plan has gained significant media attention in part because it links AI with another topic that has drawn a considerable amount of attention, China’s “social credit system” (社会信用体系). Social credit uses big-data collection and analysis, to monitor, shape and rate individual’s behavior. While advances in artificial intelligence, and the growth of the surveillance state are all noteworthy on their own, China’s social credit program explicitly links them as parts of a broader political control process known as “social management” (社会管理).

The phrases “social management”, and the more recent version “social governance”, may seem like pseudo-scientific jargon, but in fact, are given clear importance by China’s top leaders. [2] In 2016, General Party Secretary Xi Jinping highlighted the concept, noting: “people working in political and legal affairs and comprehensive social governance have focused on dealing with outstanding problems and innovating social governance methods in recent years, achieving greater results,” (Xinhua, October 12, 2016). Elsewhere, the Party has clearly explained that it sees operationalizing social management as its blueprint for maintaining power. Far from being a narrow, isolated political concept, “social management” gives cohesion to an array of concepts ranging from Hu Jintao’s signature “Scientific Development” to Xi’s push for military-civil integration, as part of this power maintenance process (People.com.cn, April 17).