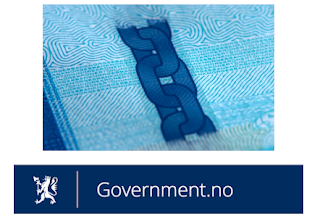 The Norwegian state has been busy over the last several years in a slow motion remaking of its sovereign wealth fund, the Pension Fund Global. It has rearranged the relationship between the Pension Fund Global and the Finance Ministry and it has substantially limited the extent of the effective authority of the Ethics Council (though not of the strength or scope of the Ethics Guidelines).  It has appeared to encourage greater reliance on the use of shareholder power (through the observation device) and less of the more formalist remedy of exclusion from the investment universe of the Pension Fund Global. Most recently it has released its released its Official Norwegian Reports NOU 2017:13 (Summary): The Act relating to Norges Bank and the Monetary System and the organisation of Norges Bank and the management of the Government Pension Fund Global New central bank act, which includes a number of relevant recommendations for the operation of the Norwegian Pension Fund Global and the structures for its embedding within the Norwegian State apparatus (see, e.g., here).

The Norges Bank is constructing itself (ironically given that it is, after all a bank) as at least risk neutral, and with it, has adopted the customs and behaviors of risk neutrality: pragmatism, objectives based approaches, and engagement grounded on the intuition that management and control is more effective than distance and judgement. For them, there are only objectives (for the Bank to make money; for the enterprise compliance with investment rules) and a functional approach to compliance, with a somewhat more flexible time horizon. (e.g., here).

Now Investment and Pension Europe is reporting studies that indicate a determination to make additional changes for the Norwegian SWF, its Pension Fund Global. It has constituted two groups, the first to analyze performance of the Pension Fund's active management. Active management, of course, has been reviewed periodically--for instance in 2009 and 2014 (also here) The second, perhaps more importantly, will consider modifying rules that would permit the SWF to invest in private equity.
The story follows.

One group will look at the management of the Government Pension Fund Global (GPFG), analysing the performance of its active management. It will make a recommendation regarding whether the size of the fund’s relative risk budget – or expected tracking error limit – should be adjusted.

The management review group is to submit its report by January 2018, the finance ministry said, while the private equity group has a December 2017 deadline for its report.

The ministry has a policy of regularly conducting broad reviews of the GPFG in the run up its annual report, which it presents to parliament around the end of March.

As part of the review, the ministry will also commission two consultancy reports on management costs and responsible management activities in other large funds.

McKinsey and Inflection Point Capital Management are to put these reports together.

The ministry said it had also sent letters in June to Norges Bank asking for advice and assessments on these topics.

Dahlquist is also research fellow at the Centre for Economic Policy Research in London and at Network for Studies on Pensions, Ageing and Retirement in the Netherlands. Both he and Ødegaard have previously served on expert groups advising Norges Bank.