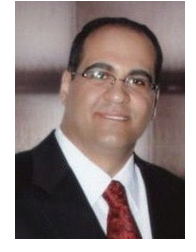 Bashar H. Malkawi is Professor of Commercial Law at University of Sharjah, where he teaches courses in international trade law, intellectual property and business transactions. He received his S.J.D from American University, Washington College of Law in 2005, and LLM in International Trade Law from University of Arizona in 2001. He has also taught at the Hashemite University-Jordan (2005-2010) and the International University College of Turin, Italy (summer 2009-2010).

They have very kindly produced a marvelously insightful essay: National Security Review of Chinese FDI into the GCC: Challenges and Opportunities. The essay  considers the ramifications of one of the most potent an dynamic elements of global trade--the entry of a very muscular China into global trade flows.  China's One Belt, One Road Initiative has the potential to reshape the contours of global trade. The challenges are to some extent different from those the region faced with U.S. and Rueopean trade a generaiotn agop, and is in its own way as potent. This essay provides an excellent examination of key aspects of these transformations.
About the essay, this from the authors:


I want to thank my friend and colleague Larry Backer for inviting me to write a guest post in his magnificent legal blog regarding paper selected for publication in the Transnational Dispute Management Journal as an article for inclusion in an upcoming special issue on OBOR. See HERE.

I had the privilege of co-authoring this paper with a global expert on trade and finance, Bashar Malkawi, Dean of the University of Sharjah College of Law. Bashar and I hope readers of Law at the end of the day, will enjoy this summary. Obviously we can only provide a general overview as the article itself and in particular the specifics of our proposal are available only to TDM subscribers. The advanced publication is now available by clicking THIS LINK.