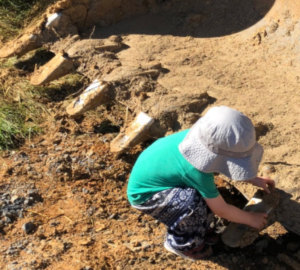 In 2013, the Coalition for Peace and Ethics announced the launching of a long term undertaking as part of its Education and Knowledge Dissemination work, a series of Knowledge Cores/Spiral Clusters projects. The initial focus of that project was to "think-by-doing"--experimenting with different modes of producing and disseminating knowledge around the societally developed structures for the control and management of both.  This resulted in the conception of a Video Knowledge Project to be built around short burst videos, the introduction to which has been distributed (see HERE); and the rest of which is in production.

This year has seen the expansion of the project to include the formation of something a little different--Little Sir Press.  It is conceived as a loosely organized self-publishing collective. The publishing concept can be found HERE and below. The object is ti free knowledge from its connection to conventional structures of content ownership and management.

It being important to put one's money where one's mouth is, as the old saying goes, Little Sir Press will distribute its first book in the next several weeks; cover image follows here and more information to come. 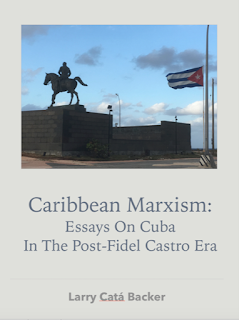 For a long time now, publishing has assumed a curious role in the production and dissemination of knowledge.

Publishing has become a significant factor in the production of order, and in the ordering of the structures in place for the control of knowledge. Academic publishing has produced its own peculiar structures for control. Through academic publishing structures, complex mutually beneficial relationships have been built between publishers seeking to protect a role as the controller of the distribution of content for a profit, academic institutions in search of disciplinary mechanisms for its productive units (faculty manufacturing knowledge that is valued), communities of academics seeking an efficient mechanism for projecting orthodoxy in the production of knowledge within the jurisdiction of the various fields that have arisen and through which knowledge can be netter managed in partnership with academic institutions,  and individual producers of knowledge who may see in the system an efficient means of maximizing their potential to rise within status hierarchies created to reward conformity and thus to increase status within the academic institutions through which their income and influence may grow. Orthodoxy is the object which is produced, manged and protected  within a system in which large institutional actors and knowledge communities (or at least their leaders) all profit (in the broad sense). These are self-reflexive systems that require the development of a deep interconnection  resting on the maintenance of publisher hierarchies to support the mechanisms for maintaining academic orthodoxies, which are in turn the means through which academic institutions and “leaders” in field specific communities can maintain order.  Not just order is maintained. These interconnections serve more importantly to strengthen and perpetuate the necessary institutional status hierarchies on which individual careers are built. Those status hierarchies, in turn, are indispensable to the communal project of valuing knowledge. The system operates in part as a closed loop:  both the arc of production of knowledge (managed through systems of knowledge valuation) is dependent on the status of the producer, the academic “farmlands” to which she is connected, and the status of the publishers in which selected knowledge (and the selection is the value) is then refined for (mostly self-) consumption, which itself conforms value and enhances status.

We at Little Sir Press know that these structures cannot be overcome. Little Sir Press understands that they are important; we note that in ideal form these structures have had some positive value on the ability to produce knowledge and the arc of its production. We at Little Sir Press concede the value of status based order for the institutions dependent on them for their existence within the larger structures of society that cultivates quite specific tastes for specific forms of knowledge. Also conceded is the power of judgment of knowledge produced both by individuals and the communities for which such knowledge might be produced–or consumed.  But what ought not be be so readily conceded is the idea that this knowledge production system occupies the entire space within which knowledge may or ought to be produced.  Nor should one concede the idea that knowledge may be valued, formed, and used under the guidance of a singular collective.  There ought to be spaces where those who seek to produce knowledge around the structures for its control can achieve a greater control over its content and distribution. This space, initially at least, will be small indeed.  But it will be a space.  And there will be knowledge detached from orthodox structures of management–both as to its production (how, when, what is produced) and in its distribution (who has access, how, and for how much).

Little Sir Press has been created to provide a small space where individuals might control their own production and distribution of knowledge a little more in the contemporary global context. Little Sir Press is grateful for the support of the Coalition for Peace & Ethics and are committed to contribute to its Knowledge Cores/Spiral Clusters of Knowledge project. To that end, Little Sir Press will work alongside the Coalition for Peace & Ethics and are happy to form part of the CPE community.  Little Sir Press is committed to the principle of author ownership of content and author control of distribution.  To that end, Little Sir Press avoided the temptation to follow the model of traditional publishers–even rebellious ones. It is a collective in the sense of providing a space, rather than an institution, through which authors might be able to create and control content outside the structures of the academic-publishing house complex. In the process, of course, economic viability is essential; but the project is not bent toward the production of “the next big thing.” An outsider collective is unlikely to tap into the well worn networks of mutually profitable distribution that have been developed for the greater glory of orthodoxy. An outsider collective does not have as its object to displace, or even to challenge, those systems operating within their own turf. But the collective will discover and occupy spaces beyond those structures. through which authors might extend greater control–for good or ill–over content, pricing, distribution and the like.  Little Sir Press will assist but not control. And in the process it might develop the resources necessary to eventually widen the space within which the knowledge it helps produce will reach a help this outsider community grow.
Please join us as Little Sir Press  journeys through the many paths open to the production of knowledge.