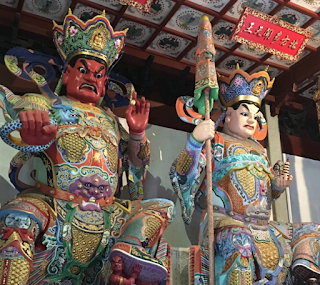 I have been writing about the upcoming conference at Peking University, 10th Annual Conference on "Politics, Law and Public Policy" (第十届“政治、法律与公共政策”年会) (more on that event HERE). My co-author, Miaoqiang Dai and I will be presenting our essay 问责时代的社会主义宪制民主  (白轲 戴苗强  翻译：戴苗强)--Socialist Constitutional Democracy in the Age of Accountability. The essay may be accessed HERE and downloaded HERE.


I will be delivering more formal remarks (in English) at the Conference, the text of which follows below.

It is a great honor to be able to speak with you today here at the beginning of this important Conference on Politics, Law and Public Policy. I am grateful to the conference sponsors which include the Peking University Center for Rule of Law Research, the Peking University Law and Economics Research Center, and the Institute of Humanities and Social Sciences, and Chongqing University, along with special thanks to the Hong Kong Lida Group, and especially to Jiang Shigong, form who I continue to learn much.

My brief remarks focus on some of the insights of the conference essay my co-author Miaoqiang Dai and I have circulated for this conference, and which I hope you might have a chance to consider. That essay, entitled Socialist Constitutional Democracy in the Age of Accountability, focuses on the three great themes of the conference; that is the essay digs into central issues of politics, law and public policy for the organization of a political community, and the expression of the principles of that community through its societal, cultural and economic institutions. To do that requires a further refinement of focus. That brings us to the two principle issues facing all institutions with a governance function, irrespective of their form of the political principles under which they are constituted. Those principle issues that define this New Era of politics are democracy and accountability.

Democracy can be understood as systems grounded in the principle of popular power (from the Greek demos (the people, the collective) plus kratia (power or rule)) within constitutional republics (form the Latin res (entity or core, or corpus) plus publicus (of the people). In its essence the problem of democracy has long been understood as the challenge of instituting a stable and positive connection between a political collective and its core.

Democracy was once thought to be expressed in a simple and direct way. Democracy was performed by elections. By the end of the 20th century, the exercise of a vote in free and fair elections was viewed as the central legitimating element of constitutional republics. But what was one to vote for? The answer was usually a representative, who in turn exercised voting power within a smaller political unit on behalf of the people who voted her into office. In exceptional cases voting could be exercised for changes to the core institutions of the Republic, through plebiscites or other mechanisms. This process located the exercise of democracy outside of the exercise of governance power. Democracy was exogenous to the state and its organs. Of course popular consultations were permitted but were not built into the system other than as an invitation for those with resources to influence the course of legislation or the formation of policy. In these systems, the governance core is essentially detached from the collective except by standing for election from time to time.

This exogenous system of democratic practice has worked well enough in the West. And it has produced many generations of ever more exquisite theory. To a great extent it accords with the times and the context in which it is practiced. But there are contradictions and challenges as well. The internal contradiction emerges from the rise of the administrative state and the disconnection between those who govern and those who are elected. The external contradiction emerges where elections do not reflect free and fair choice that reflects popular sentiment. And always there is the danger that the individual will forget that she serves as a representative of something greater and democratic theory descends into Western style cults of personality.

Exogenous democracy poses a contradiction for Marxist Leninist systems as well. The relationship between institutional political cores and national collectives must be mediated by a vanguard party. The role of that vanguard is quite precisely defined by reference to the objectives toward which the collective effort must be directed, pursuant to its core political principles which form the foundation of the vanguard’s line. The expression of democracy, that is of the power in the community and its relationship to the res, that is to the core of the people, is internalized within and through a vanguard absolutely committed to the normative principles on which the state is founded. The performance of voting, and of free form representation in this context loses its potency and purpose. In these systems, the fundamental representation character of the vanguard itself changes the form of its relationship to the collective it serves. The form of that relationship begins to find more effective expression within the role of the vanguard, rather than primarily in the process of selecting representatives among individuals.

It follows that in such systems, the essence of the democratic impulse can be effectively expressed endogenously. This is particularly important as an element of developing Leninist theory within systems organized around a vanguard and its institutionalization in a guiding party in power. These are systems in which the connection between the “res” “publicus”, the core of the people, and the demos (the collective) as the residual basis of power (kratia) is not performed through elections, but rather exercised through structural mechanisms for consultation. In this emerging model, democracy is practiced within the operation of the state institutions, rather than from outside of the institutions of state. It is practiced through the structures and institutions, the mass political organizations, that represent broad sectors of public life. And it is refreshed by the exercise of constant connection to the collective which all of these organs serve. The essence of endogenous democracy is consultation rather than voting. It creates an identity between democracy and accountability which inevitably follows the construction of a political society grounded in the belief in the inexorable progress toward a very specific set of societal goals.

From Cuba to China, one can see the emergence of a greater attention to the development of this essence of Leninist collectivity. These states are seeking, within their local context, to better align the relationship between core and collective. That alignment is predicated on consultation. But it is consultation framed within the constraints of the fundamental principles on which the state is founded. And to ensure the respect of those constraints the ultimate mediation—the leadership of a committed vanguard—is necessary. And, indeed, from out of that kernel of a fundamental relationship, one between the core and the collective—China has built a complex and comprehensive political and administrative machinery deeply embedded within cultures of consultation. This is not just a Chinese innovation. Even as I speak here today, for example, the Cuban Communist Party and its state apparatus has been involved in a comprehensive initiative of nationwide consultations receiving popular reactions to the changes to its national constitution that reflect the changes to the basic political, social and economic model, overseen by the Cuban Communist Party at its 7th Congress in 2016. That process of national consultation, follows an earlier and more targeted consultation respecting the development of the new conceptual political model under the guidance of the PCC in 2016, and an even earlier national and quite public consultation as the Communist arty developed its own program of reform and opening up producing a complex set of Guidelines adopted by the 6th PCC Congress in 2011.

But the development of interlocking and complex systems of consultation and collective action, of coordination between cores and collective at every level of political, social, and economic life, has seen its greatest development in China. Our paper speaks if only briefly to the complexity of endogenous democratic activity. On the one hand it looks within the vanguard party and its structures and the effective functioning of intra-party democracy. The paper considers the development of recent theory and application of this principle in the evolution of the Party’s working style. On the other hand, the paper also considers the way that systems of inter-institutional consultation have been developed in the New Era, looking especially at the work of the United Front Parties and the Chinese People’s Political Consultative Conference (CPPCC).

But endogenous democracy also poses its own challenges. Those center of the effectiveness of consultation and the vigor of the mediating role of the core and its responsiveness to the collective within the principled framework of the basic political line. It reminds the theorist of the challenges of corruption in systems that require fallible individuals to manage systems founded on the hopes of perfectibility. That challenge brings to the foreground the second great issue of New Era—the issue of accountability.

Internal accountability structures include the principles of democratic centralism, of the core and collective, and of consultation within the CPC itself. It also includes disciplinary measures that have become quite potent in the apparatus of disciplinary inspection. The development of the Guiding Principles for Intra-party Political Life under New Situation announced at the 6th Plenary of 18th Central Committee of CPC in 2016 suggests the New Era structures of intra-party consultation and accountability spanning from the party’s congress system to intra-party supervision system and consultation mechanisms.

External accountability mechanisms include the mandatory axis between CPC and people—the mass line. The mass line takes the logic of the core-collective principle of governance and exports it to the relationship between party and people. The fundamental principle of the mass line applies thoroughly to every level of the party’s leadership in every sector ranging from the party apparatus itself to the state apparatus and other entities such as businesses and civil organizations. The Chinese People’s Political Consultative Conference (CPPCC) is one of the most important places where the axis of mass line functions as the external accountability mechanism for the party’s leadership. CPPCC has been playing the role since 1949 when the first conference laid the foundation of the People’s Republic.

The essence of the move toward consultative, that is socialist, democracy in China, was declared in the 19th CPC Congress Report. The 19th CPC Report groups the evolution and consolidation of consultative socialist democracy within six broad categories. The essay discusses the character of these six categories in more detail. These emphasize both the strong consultative aspects of the system and the even stronger connection between consultation and accountability. What is the essence of consultative democracy? The 19th CPC Congress Report explains that “The essence of the people's democracy is that the people get to discuss their own affairs.” But that process of consultation must be managed. And that management of popular expression is built around the mass organizations which serve to mediate between the raw and undiluted expression of popular opinion and the effective representation of that opinion for consumption by the political vanguard.