习近平 学习马克思主义基本理论是共产党人的必修课 [Xi Jinping: "Learning the basic theory of Marxism is a compulsory course for communists"]--Text and Analysis 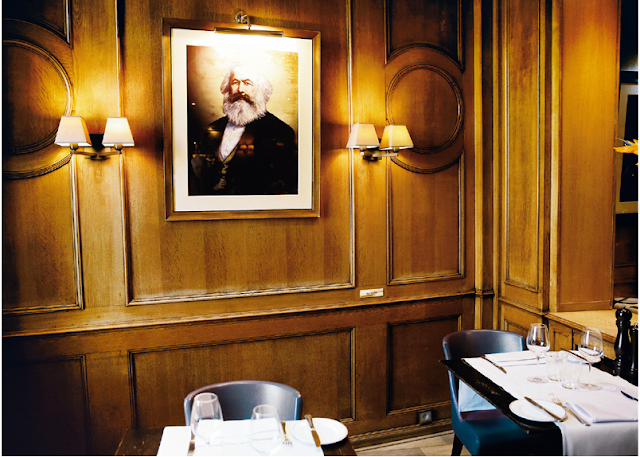 One of the great markers of the extraordinary development of Marxist-Leninist theory in China has been Xi Jinping's "New Era" campaign.Almost form the time of his rise to leadership within the core of the collective leadership of the Chinese Communist Party, there has been an increasingly pointed centering of the CCP's political work. And within that political work, the CCP leadership core has emphasized the need to develop the productive forces of Marxism Leninism first, within the Chinese context, and then to offer this transformed or evolving Marxism-Leninism (now aligned with the new global historical era) to the world in the form of the current Chinese global human rights and trade initiatives. 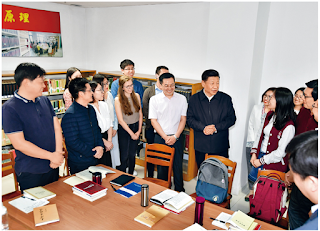 Since the 3rd Plenum, the CCP has appeared to accelerate its development of the productive forces of Marxism-Leninism in the service of its Basic Line, and of its engagement internally with the masses (through a yet to be fully developed renewal of the mass line) and externally through its Belt and Road Initiative and associated vision for a new global order.  This is not just politics of the sort that has grown decadent in many parts of the world; rather, as I have pointed out elsewhere (here, here, and here) this is essentially a moral and normative project.  At its core is the fundamental objective to change people and institutions to better point toward the ultimate obligation of the leading social forces (in the case of China its CCP) toward the establishment of a Communist Society (and again this is np surprise to those who read the CCP's own constitution). 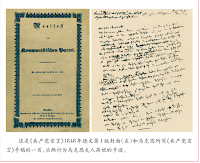 It ought to be of great interest, then, when the leadership core of the CCP itself lends its name to an effort to further advance the theory (and thereafter practice) of Marxism-Leninism (with or without Chinese characteristics). Recently such an effort to advance Marxist theory was published in the flagship vehicle for such efforts--《求是》Qiú shì ("Seeking Truth"), a bi-monthly political theory periodical published by the Central Party School and the Central Committee of the Communist Party of China. Such was the case recently with the publication of 学习马克思主义基本理论是共产党人的必修课 [Learning the basic theory of Marxism is a compulsory course for communists] under the authorship of Xi Jinping [习近平 ]. The original coverage of the speech can be found here. Elements of Western political actors  were more critical.  See HERE.

As is customary for such efforts, the essay is a reduction/transcription of a speech of the author deemed important enough to merit further distribution.  In this case it was derived from a speech given at the fifth collective study of the 19th Central Political Bureau on April 23, 2018.  The resulting essay is worth reading, of course, for the usual reasons--it is authored by the leadership core of the CCP and thus will have authoritative effects beyond those of any thoughts of lower ranked theorists inside or outside the CCP (much less of any foreigner), it signals direction and may be used as an indicator of where the CCP may be heading as it makes it sway to the 20th CCP National Congress, and because the authorities deem it important. But it is also worth reading as theory.  The revival of Marxism-Leninism, especially within official channels, has not been undertaken since the retrospectively unsuccessful efforts of middle Soviet period Stalinism. More importantly, the essay provides a view of emerging forms of Communist Internationalism that may be embedded in the great initiatives of China in seeking a larger role on the world stage--from the Belt and Road Initiative to Multilateral efforts to reshape international law.

This post includes the essay and its rough English translation along with some preliminary thoughts and engagement with the essay as theory within the context of China's Marxist Leninist New Era thought. 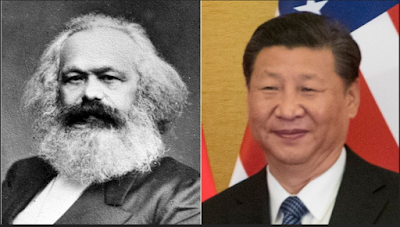 These comments to Xi Jinping’s essay are made in the spirit of academic analysis.  Since Mr. Xi was kind enough to drop into the world of academic theory by authoring his essay, it is only respect for that work that imposes on its readers the utmost duty to engage with it as it if came from the pen of a highly gifted colleague. Respect, then, is manifested in rigorous analysis, adhering strictly to the principles of that art.

The essay serves as an elaboration of an address originally given to CCP cadres engaged in the official study of Marxism during the 5th collective study session of the 19th Central Politburo.  As Xi Jinping reminds his audience, these courses and study collectives is now compulsory for CCP cadres.  To that extent, one would expect the essay to be written to further the aims of that program—encouraging and weighted heavily toward an explanation of why it is that its students should pay attention.  But beyond that, this essay appears to be meant to signal a larger application of the directive to study Marxism, and to study Marxism in light of the developments of Marxist-Leninism in the Chinese “New Era.” That the architect of the fundamentals of the “New Era” thinking was giving the address adds weight to what was thought important enough to publish in a general circulation journal that occupies an important public signaling role for intellectuals in China. That context provides reason enough for reading the essay carefully.  If more reason is needed it is this: the contents of the essay will likely drive academic and political approaches to the interpretation and application of “Marxism” within the Chinese context for the near term. To understand this essay, then, is to begin to understand the parameters within which Marxism will be defined and applied in China.

The first is to deeply understand the major theoretical contributions of the Communist Manifesto.  That in turn is divided into a number of principal insights about the Communist Manifesto, at least as it relates to the current stage of the development of Chinese Marxist theory: (1) that it serves as the foundation for  the scientific worldview of Marxism; (2 that it serves as the foundation for the unique character of Marxist political parties as leading societal elements; (3) that it served to delineate the fundamental political position of Marxist parties; (4) that at the same time the Manifesto served to delineate the fundamental ideal and objective of a Marxist Party; (5) that it provided the blueprint of the revolutionary program of Marxism; and (6) that the Manifesto fundamentally situated Marxism and the program of the Marxist party within internationalism.

The second point picks up from the last section of the first point.  It’s object is to develop a profound understanding of the impact of the Manifesto on world socialism.

The third point explored in the essay is to urge its readers to adhere to the scientific principles and scientific spirit of the Manifesto. This last point turns the analysis of the Manifesto’s internal effects (point 1) and its effects in the scientific validation of the necessity of a communist international (point 2) into a national action plan for Communist Parties and their cadres, at least in China.

Let us consider each briefly in turn.

I. Deeply understand the major theoretical contributions of the Communist Manifesto.

Xi Jinping divides his thought on the major theoretical contributions of the Communist Manifesto into six broad categories. Each is briefly considered in turn.