The global press tends to view Latin America from out of the corner of its quite selective eye. That tends to reduce Latin America to a footnote, a curiosity when there is relative quiet elsewhere among the usual sources of press stories. The great exception is when stories coming out of Latin America can be embedded into the political, social, cultural, or religious narratives that the vanguards of the popular press (of any of the major press camps in the developed and Marxist Leninist worlds) find useful for the advancement of their own (r their owner's ) political agendas.

It is thus no surprise that at least among the Western press, stories of COVID-19 have been relegated to the margins.  The exceptions have been to report on rising deaths to underline the difficulties of lack of development, of unequal approaches to care and cultural barriers among indigenous communities, or when the stories can suggest "business as usual" with respect to corruption (e.g., COVID-19 and Latin America's Epidemic of Corruption).  Most important, of course, will be stories that can relate back to US politics--especially if they might be used in the American press' battles with the Trump Administration.  In that context, states whose leaders are political allies of Mr. Trump (e.g., Brazil) will be examined in a quite different light from those who bear the brunt of the Trump Administration's efforts to affect regime change (e.g., Venezuela) or which are allied to them (e.g., Nicaragua). That is a pity, to be sure.  But one has gotten used to the transformation of the American press from reporters to generators of news. Yet it also produces a substantial "news" gap that is difficult to fill by the overabundance of "analysis" that now fill the popular press.


To some extent, of course, American ego-political interests in Latin America are deeply affected by COVID-19--but that goes to the willingness of the U.S. to respond decisively and with compassion.

The COVID-19 pandemic in Latin America and the Caribbean will require multilateral response and aid to manage and recover from the crisis. The United States has always been the only country to offer significant aid and lead multinational humanitarian and crisis response efforts in the Western Hemisphere. For the first time since the 19th century, extra hemispheric powers are present and challenging U.S. influence and power in a significant way, as they offer to fulfill a leadership role. This challenge to the U.S. position and influence in its own hemisphere may have the most significant long-term implications for the United States as a global power. (The Impact of COVID-19 on Latin America and the Caribbean (April 2020).

Yet this is hardy the whole story.  And for Latin America, the focus is not on geo-politics or the ramifications for internal American political objectives, but on the personal tragedies that constitute the living effects of disease on individuals, families, communities, and lastly, the state and social apparatus of nations  Still, both COVID-19 and the state of Latin American responses ought to be understood s more than the sum of their ramifications for internal American political objectives.  Among the unsung heroes of efforts to counter COVID-19 especially where states are resource poor or otherwise incapable of fully meeting challenges, have been Latin American civil society (see, e.g., Remote meeting of civil society organizations in Latin America reflecting on the effects of COVID-19 (REDI network of 19 private organizations from the following countries: Bolivia, Colombia, Costa Rica, El Salvador, Spain, the United States, Guatemala, Nicaragua, Paraguay, Peru, Venezuela and the Dominican Republic)). 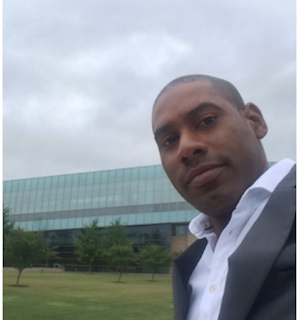 It is with that in mid that Yuri Gonzalez Hernandez has prepared a brief summary of civil society efforts to meet the challenges of pandemic. Mr. Gonzalez Hernandez's report,  Civil Society an important chain to support people who suffer the consequence of the pandemic, follows. Mr. Gonzalez Hernandez is a Cuban Lawyer (University of Havana 2009) who is currently in residence at Penn State where he is working on his LLM degree. He had been worked as legal advisor for different Cubans companies, the tax office of La Havana and The Historian Office of the City of Havana. Since 2016 he has provided legal advice to self-employed workers, and also has participated in non-profit entrepreneur projects, aimed at the development of some communities of the City of Havana. He may be contacted at glezyuri15[AT]gmail.com


It is common to hear about the efforts done for the governments of all countries around the world to control the spread of the COVID-19. It is also common to watch the news and to understand that the policies taken are helping to avoid that more people get infected. But the COVID-19 just does not have bad consequences for the health of the humans, there are other many bad consequences some of this are bad before and have now gotten worse. This situation has made life quite difficult for those people who have a low income and depend on daily commerce. I would like to refer to those people who live in Latin American countries with limited resources and after this long time insolated lost any possibility to have at least the basic staff for leaving like water, food, personal hygienic products, among others.

Between the government’s policies are to help those people but being not enough, they have found fundamental support in the Civil Society.

The Civil Society etymology talking was used aforetime in Greece and was seen as a political community in a city-state (polis), which was characterized for sharing a set of norms and narratives in which citizens on equal position lived under the rule of law. In the 20th century some writers had have been discussing the relationship that must be between politics and democracy, and others like Robert D. Putnam are argued that non-political organizations in civil society are vital for democracy. [1]

Since the beginning of the Pandemic companies, religious entities among others (non-governmental institutions), have been concern about the situation of the communities. Mainly of those with low financial sources. In this area, Latin America has many poor and indigenous communities that have needed to provided food and first need products.

One of the initiatives creates for offering aid, is “Frena la Curva” that is an online platform in which entrepreneurs, activist, social organizations, etc, work together to canalize the social feeling and the civic resiliency during the pandemic.

Through this platform, they show the main necessities of different territories. The web site is really helpful because there is truly informed about the COVID-19, also the offer content that explains how to contain the spread of the virus. They are encouraging people to be part of this initiative, offering information about what’s happening in their communities and asking for work together to fight this lethal virus. This is also a platform which is integrated for people and entities of that are part of the civil society of different countries such as Argentina, Brazil, Uruguay, Ecuador, Mexico, Spain, France, among others. [2]

Religious institutions are having an important role at this moment making humanitarian labor in different countries.

Vatican City has been aware that there are a lot of people that make jobs that are not officially recognized. Those jobs are made for people that can be called homeless and they make peddler’s jobs. These people don’t have governmental protection or any labor right, and with the stay at home, the policy has seemed despair their income.

“Thanks, Father” – this quote is common nowadays in poor communities from Mexico until Argentina and Chile. The Catholic institutions are making as part of their benefits job, great labor supporting those people in these poor communities.

In Sao Pablo, Brazil the homeless community is raising 25 000 people. Some groups that use to offer food to these people, stopped doing this for fear to be infected. Some Franciscan fathers are still doing it in different states such as Rio do Janeiro, Curitiba, and Espiritu Santo as part of their extraordinary benefit acts.

In Santiago de Chile, Chile, the missioner's sisters of Jesus and volunteers share food with homeless people and street sweepers.

In Buenos Aires, Argentina, the Caritas Fund offers refuge to 370 permanently to people that before just stay at nights.

In some communities of Peru, the Arzobispado of Trujillo has delivered to 24 000 affected family alive chickens as part of the slogan “share your bread with the neediest” (Comparte tu pan con el mas necesitado). This initiative was focused to fight the impact of the pandemic and offer aid to the vulnerable communities.[3]

The net Caritas in Peru has taken different actions with the most necessitated people. They launch the campaign (Ante la Adversidad respondemos con solidaridad). This was made with the purpose to create a chain of solidarity volunteers that can make donations for helping these people how are affected by the COVID-19 pandemic. Also, the Caritas organization has a warehouse that they use it as a gathering point to receive donations of different products that are distributed later between the needed communities.[4]

In this situation, the society has to think also about sustainability. What to do once the economies of the countries start to recover. How to make a sustainable structure but also without cause damages to the environment that has been recovering during this period. The governments can find big support in civil society as part of the recovering of the economies. We have to think about how we will get the UN goals after the pandemic. What society will do for getting a sustainable development according to environmental regulations. All of these goals must be not just focus on the care of the environment, they must be focus on the care of the health of the inhabitants of the planet.

In Latin American countries there is a big percentage of the biodiversity of the word. After this time people have been more needed for agricultural production, but we have to be careful to do not lost the biodiversity looking for the expansion of the crops. The civil society can contribute to create awareness and to build a system that can back up the society for a long time.[5]

The situation that we are living now a day is the result of climate change and I’m referring to the pandemic as well as natural phenomena. The civil society has to be involved with the government institution in projects which are focus on having sustainable structures.

We are in charge to protect ourselves as well as the planet. In some years in advance, we will see those times as some solved issued, but we need to think about how to avoid another possible threat. The civil society is part of our social structure and now more than ever need to be given the place and importance it deserves. 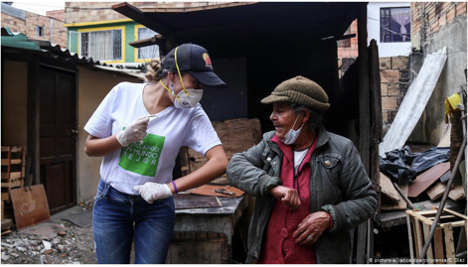