Nicholas Rowland Presents "The Future Multiple" and the Future of Scenario Planning; With Link to Recording of the Event 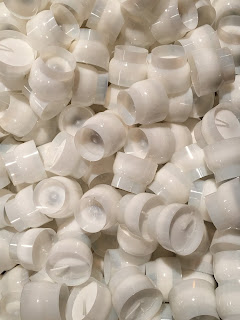 
It was my great pleasure to host a presentation and discussion of Nicholas Roland and Matthew Spaniol's exciting new article--"The Future Multiple," which appears in Foresight, Vol. 17 No. 6 2015, pp. 556-573.

The presentation for graduate students and faculty at Penn State's University Park campus,  provided an opportunity to speak to emerging issues of corporate foresight, futures planning, scenario design, and the conception and utilization of these devices as tools of managing states, enterprises and other groups.  The theoretical and conceptual foundations of scenario design touches on aspects of political theory, regulatory governance, the character of representation in political systems, and the nature of law.  It is method, a theoretically coherent approach to management in regulatory systems and more.  And, of course, it suggests a managerial and political engagement with time. I was privileged to serve as the discussant for the event.

A recording of the presentation may be accessed via this link: HERE. It is well worth listening.

The abstract of the article and short bios of the authors follows.

Nicholas Rowland, an associate professor of sociology resident at our Altoona, Pennsylvania campus. He received his Ph.D. from Indiana University in Bloomington, IN, Department of Sociology focusing on the Sociology of Technology with a minor study in Cultural Studies. He is also a principal contributor to Installing (Social) Order, a blog on the sociology of infrastructure, exploring the sociotechnical nerves of contemporary society, originally formed as an informal work group of researchers at Bielefeld University's Department of Sociology. He is the 2016 recipient of the Atherton Prize for teaching excellence at Penn State. 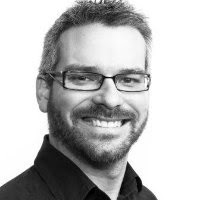 Matthew J. Spaniol works in the field of Corporate Foresight and Scenario Planning.  Currently he is a member of the Copenhagen Area, Capital Region, DenmarkManagement Consulting and Danske Maritime, Oxford Scenarios Programme, Trends & Scenario Group. Previously he served in the Instituttet for Fremtidsforskning / Copenhagen Institute for Futures Studies.  He has an MSc. in International Development from Copenhagen Business School; an EGP (Specialization in Public Management) from el Insituto de Estudios Superiores de Administracion (IESA) in Venezuela; a BS degree from Saint John’s University in Minnesota; and is  a graduate of Saint Thomas Military Academy in the United States.
__________

Purpose – This paper asks “Why is the future in futures studies plural?” The attitude toward inquiry, based on post-actor-network theory (ANT) literature, positions philosophical questions about the ontological character of the future within the context of “planning” for it (i.e. in practice). Multiplicity, as a post-ANT sensibility, helps one make sense of the empirical materials. This paper examines the possibility that rather than being alternatives to one another, plural futures and the singular future might co-exist in practice, and, thus, constitute a multiplicity.

Design/methodology/approach – In this case study, “planning” is narrative scenario planning. The second author facilitates dialogue-based long-term strategic scenario planning processes, primarily in Scandinavia and Northern Europe, and contributes a wealth of professional experience to the project. The first author, an academic, shadows the second author. This paper examines experiential and observational data for evidence of the ontological character of the future. Elements of a typical scenario planning process, in this case, about the possibility of crewless (i.e. unmanned) shipping vessels are demonstrated – although, insight into the crewless ship is submerged by our analytical attentiveness to the ontology of the future.

Findings – The findings bear on what sort of “object” the future is. Practices associated with planning for the future appear to transform it so that one future becomes many, and, without irony, managing the growing number of futures seems to be a core function of planning for the future. The implication is that neither plural futures nor the singular future is – individually – satisfactory to capture what is found in practice. It is both plural and singular; ontologically, it is the future multiple.

Originality/value – The original contribution is in demonstrating how plural futures and the singular future co-exist in practice. Thus, an eclipse of the future by futures can only ever be partial. For “futures” to be conceptually potent, “the future” must be at least provisionally believable and occasionally useful. Otherwise, if “the future” were so preposterous an idea, then “futures” would cease to be a critical alternative to it. Futures needs the future; they are relationally bound together in a multiplicity. This paper considers what such a logical reality implies for a field that distances itself from the future and self-identifies with futures.