Shaoming Zhu Commentary on Wang Hui: "Contradiction, Systemic Crisis and the Direction for Change: An Interview" 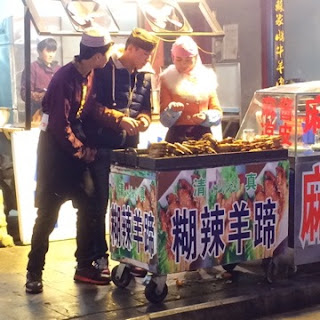 It has been a long time, almost a generation, since the basic line of the Chinese Communist Party refocused the insights of class struggle away from its more primitive manifestation in a rough calculus of status to its current manifestation in the communal struggle to bring prosperity to the nation through the development of productive forces. Central to that evolution has been the evolution of the notion of class struggle from a central element of the organization of state, politics, society and economics to its embedding within the more complex notions of socialist modernization. It has been even longer since the discourse of autonomous state development has given way to the markets oriented language of economic globalization and its establishments of regimes of fracture, porosity, permeability, and polycentricity in the reorganization of power beyond the state.

Yet the old discourse retains a strong and alluring power over even the most sophisticated intellectuals of contemporary times. The best of them seek to bend old insights to new situations. They seek to reinterpret and apply old learning--still powerful--to the tensions and contradictions of the contemporary age. This is an important exercise of intellectual discourse in the West. It is refreshing, then, to see it emerge, as well in Chinese discourse.

It is with this in mind that Flora Sapio, Shaoming Zhou, and I thought it would be useful to consider these issues through the lens of a recently published interview that nicely raises some of these themes: Contradiction, Systemic Crisis and the Direction for Change: An Interview with Wang Hui.

Our thought may be accessed here.