The internationalization of Ireland and the Irish: Tramble Thomas Turner on “Revisiting Revolutions in Cuba, Albany (as always), and in The Church: William Kennedy’s Chango’s Beads and [the] Two-Toned Shoes” 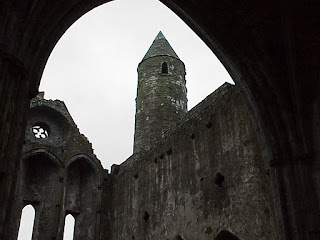 The 2016 National Meeting of the American Conference for Irish Studies will be hosted by the Keough-Naughton Institute for Irish Studies, the new Keough School of Global Affairs, and the University of Notre Dame. It takes place on the University of Notre Dame's campus in Indiana from March 30-April 3, 2016. ACIS is a multidisciplinary scholarly organization dedicated to the study of Ireland and the Irish worldwide. Founded in 1960, it has over 800 members in the United States, Ireland, Canada, and around the world.

The conference theme for 2016 is "The Worlding of Irish Studies" and asks:

Is Ireland transnational? With seventy million people of Irish extraction all over the world, the diaspora was more wildly successful—and more demographically complex—than scholars have yet imagined. This reexamination will weigh whether Ireland might be most productively understood as a post-colonial nation or a fully integrated European country. We will look to other peoples’ experiences in comparative studies; the effects of globalization on Ireland—its economy, literature and people; the north-south divide; and the ownership of the concept of what it means to be "Irish."

With this in mind, my colleague Tramble Thomas Turner (Penn State, Abington) produced a marvelous paper for the conference, “Revisiting Revolutions in Cuba, Albany (as always), and in The Church: William Kennedy’s Chango’s Beads and [the] Two-Toned Shoes.”

The paper is well worth a read and follows: