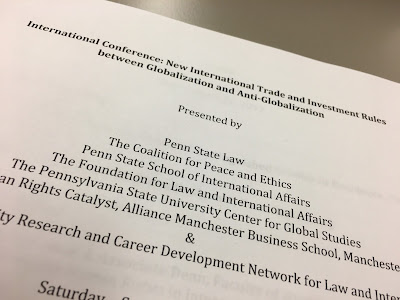 I was delighted to have helped organize a conference at Penn State: New International Trade and Rules Between Globalization and Anti-Globalization. The Conference concept note and program may be accessed here.