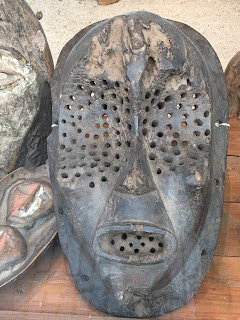 I have started thinking through the issues around social credit generally, and the Chinese Social Credit project. I will be working through the issues and practices that are presented by the emergence of Social Credit theory--both in China (as an indigenous and quite complex set of policies, advances on political theory, and operational challenges), and in the rest of the world. To understand the shaping of law today (and soft law as well) one must understand social credit. To understand social credit, one must understand the evolving structures of the relationships, in law and politics, of the relationships between states, its masses, and the institutions through which it operates.

Recently, LehmanBrown International Accountants published a useful guide to current approaches and rules for inbound foreign direct investment.  That Guide,  Direct Foreign investment in China; Current Regulations and incentives (according to the 2017 catalogue) (LehmanBrown, 2017), analyzed the current recently published 2017 version of China's Catalogue for the Guidance of Foreign Invested Industries.

The catalogue is a legal document listing what industries are open for foreign investors. It has been revised and re-released many times since its creation in 1995. The new edition is the 7th version since the catalogue’s inception. The official 2017 catalogue was published on the 28th June 2017 and extended nationwide on the 28th of July 2017. Through the catalogue, several industries are becoming more deregulated and opened up for foreign investors. These deregulations involve removing shareholding limits or nationality requirements for partners on certain sectors for foreign investors as well as changing some restricted industries to permitted industries. The 2017 catalogue is structured into two categories; the ‘Encouraged’ category and the ‘Special Administrative Measures for the Entry of Foreign Investment’ (Negative List). The Negative List is split into two parts; restricted and prohibited. (Direct Foreign investment in China, p. 1) 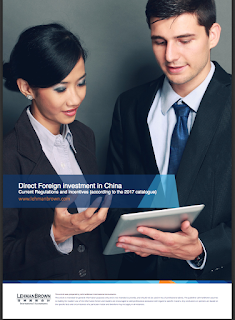 While the publication is extremely useful in many respects, it has a part significance for China's efforts toward the construction of an all around social credit system.  The authors of Direct Foreign investment in China note that  that among the catalogue entries changes from restricted to permitted are "Credit investigation and rating services" (Ibid, p. 2). In particular, the report explains (Ibid., p. 8):


Under the 2017 catalogue the sectors ‘Credit investigation and rating services’, ‘Railway passenger transportation’ and ‘Cargo handling’ are moved to the permitted category.ç

The currently used 2017 catalogue sees the following regulations for the sector ‘Services’. For the services sector, foreign investment cannot exceed 50% but this does not include e-commerce which can be wholly foreign owned.

The currently used 2017 catalogue sees the following regulations for the sector ‘Market investigations.' Endeavors into this sector must be Equity joint venture or Cooperative joint venture. For ratings survey of radio or television broadcasting majority shareholder must be Chinese party.

What does this mean for the construction of social credit systems in China?

1.  It appears that China may be seeking more competition--or more hands--in the construction of social credit.  That, at a minimum, may be a possibility with respect to the consumer credit and individual behavior aspects of social credit and credit ratings. In this respect it should be noted that China already appears to be encouraging competition within its own related industries:

Tech giant Tencent is gradually testing and expanding its “social credit” system that will give users a numeric rating based on their spending habits and social connections, two years after rival Alibaba launched its own social credit system. . . . For both Tencent and Alibaba, there are several incentives to launch social credit schemes. For one, China’s consumers are massively underserved in the financial sector—most financial services cater to large businesses, and no credit rating company has achieved ubiquity for individuals. It’s also a marketing opportunity—users who spend more time or money on Alibaba and Tencent services can increase their scores and get benefits. For example, Ant Financial recently launched a scheme with Ofo, a popular bike-sharing company, allowing users to ride bikes without first paying a deposit. ("China’s Tencent is quietly testing a “social credit score” based on people’s online behavior").

2.  It is likely that such entry into the credit rating markets in China will require joint venturing with one of the larger Chinese enterprises in these markets.  That poses a problem for Western firms seeking a toehold in the Chinese market.  First it will entail. and necessarily so, a commitment to substantial transfer of intellectual property in the form of know how and systems operations.  This has two distinct consequences.  The first is internal to China--the effect of FDI will entangle (and perhaps significantly so, Western enterprises into the construction, direct or indirect, in China's social credit systems). The second is external to China and suggests the challenge dealing with Chinese partners within China who are aggressive rivals within global markets outside of China. The transfer of know how may significantly affect enterprise competitiveness outside of China in ways that might have to be considered.


3. Yet it is also possible that foreign forms might not be limited to the well known industry giants.  There is a possibility that investment in peripheral firms that have the ability to generate user data might serve as even more potent entry points.  The example of Ofo, mentioned above provides a particularly potent example. Ofo, a Beijing-based bicycle sharing company founded in 2014 with current estimated value of about $1 billion. and 20 million registered users, has expanded aggressively into the United States (e.g., here here, and here). Their ability to generate data as well as to serve as a mechanism for managing individual behaviors (around sustainability objectives for example), make them an attractive alternative to the usual credit and finance companies. "In guidelines issued last month, the State Council welcomed shared bikes as part of “the green urban transport system,” while urging local governments “to ensure rational allocation of bicycles and avoid excess supply in some areas.”" ("Why Chinese companies are dumping bikes in cities around the world").

4.  Yet it is also important to note that these FDI investments will be interlocked.  Again, consider Ofo.  "Ofo, which has raised more than $1 billion from investors such as Alibaba, Didi Chuxing and DST Global, claims over 100 million registered users and eight million bikes, each of which can be left anywhere and hired by scanning an attached QR code via the Ofo app." ("SoftBank Partners With China's Ofo").  As such, Ofo's value as a part of social credit metrices may impart value not just to the state but to the large credit and finance players in China.

5.  For European companies especially, entry into credit ratings and related markets with connection to social credit may be affected by home state legislation respecting both privacy and data protection. Enterprises will have to be careful about regulatory incoherence in the conect of joint venturing that impacts social credit construction.