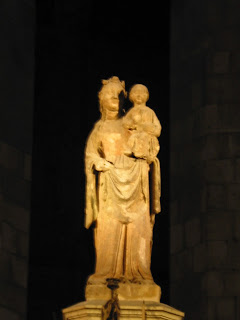 Since the failure of U.S. Cuba normalization, and the return to the reactionary status quo, which older people appear to feel more comfortable  with (like a pair of old and well worn slippers that provide a comforting nostalgia, whatever one's political and ideological allegiance), Cuba has also returned to its perhaps also comfortable state of perpetual penury, especially with respect to its never ending search for financing of its centrally planned economic development.


Two recent reports from Cuba suggest the contours of both that penury and its consequences for Cuban economic development, at least for the short term.  History has taught us that the one certainty in the consideration of the logic of the actions of leaders in the United States and Cuba is that one always tends to underprice the value of ideological perseverance.  That may serve as a useful window for understanding the rationality of decisions taken on both sides with respect to economic choices.  And more interesting still, perhaps, is the price that Cuba is willing to pay for friendship with Russia and China, the political value of which appears to be much higher than its contribution to the development of the Cuban economy.

Yet in a sense there is little that is extraordinary in these events: "“They have figured out that the government can renegotiate the foreign debt, but if the state companies do a poor job managing their finances they face the same problem over and over again,” said Vidal, who teaches at Universidad Javeriana Cali in Colombia." (here). Cuba has again become little more than an average player within its region. That turn, however, may turn out to be tremendously and potently threatening to a political system that based its legitimacy (and the sacrifices it asked of its people) precisely on the basis that it and its political project were both special and good. The political consequences, then, might be worth watching as the transformation of Cuba from extra to merely ordinary might affects the legitimacy of the Party-State system.

The first report touches on a slight recovery of sugar harvesting and its contribution to Cuban economic growth.  But note the quite small contribution that such sales make to Cuba's position even in the best of times.  The other ("Cash-Strapped Cuba Imposes New Restrictions on Imports") touches on the difficulty of securing enough funding for the operation of the Cuban public economic sector and the need to impose austerity measures. Also following is the text of the Bank of Cuba's Resolution 19/2018 from the Cuban Gaceta Oficial (28 February 2018) which acknowledges the danger of an increasing foreign debt necessary to sustain Cuban economic activity.


HAVANA, March 5 (Reuters) - Cuba began exporting some raw sugar in late February after a disastrous start to the harvest, foreign traders and shippers said this week, but tonnage will fall far short of plans.

Cuba produced 1.8 million tonnes of raw sugar during the 2016-2017 harvest, and hoped to reach 1.6 million tonnes this season despite damage caused by Hurricane Irma, but out-of- season rainfall in December and January all but paralyzed harvesting, forcing cancellation of shipping contracts.

Reuters estimates raw sugar production is more than 300,000 tonnes behind schedule, based on provincial media reports.

For example, eastern Las Tunas reported it had failed to produce 60,000 tonnes of raw sugar through February and central Camaguey 30,000 tonnes.

"The province has failed to produce 49 percent of what was planned to date, while output is at 22 percent of the overall plan," Invasor, central Ciego de Avila's Communist Party weekly reported last week.

The province reported a plan of around 140,000 tonnes when the harvest began.

Due to the hurricane most mills did not open this season until around the New Year on Jan. 1, several weeks later than usual.

Many mills are now expected to remain open into May, and even June, if the weather permits.

"This is one of the worst harvests I can remember. We are shipping some sugar, but not nearly what we contracted for," one trader said, requesting anonymity.

A local agricultural expert termed the harvest "a disaster" and said he would be surprised if raw sugar production reached 1.3 million tonnes to 1.4 million tonnes.

Sugar was long Cuba's most important industry and export with output reaching 8 million tonnes in 1991, but today it ranks eighth in exports behind sectors such as tourism, tobacco, nickel and pharmaceuticals.

HAVANA (Reuters) - Cuba has imposed new restrictions on imports by state-run companies, ordering them to obtain a letter of credit from the central bank for purchases above the equivalent of $100,000, as the Communist-run island struggles with a shortage of cash and mounting commercial debt.

Central bank resolution 19/2018, which took effect this month, states that the measure is aimed at ensuring companies have the resources to meet their foreign obligations and to prevent that “the foreign debt continues growing.”

A western banker with extensive experience of working with Cuba said the measure would lead to a short-term plunge in imports and to slower contracting of supplies.

The banker, who requested anonymity, said it might also shut down non-essential and insolvent companies.

“Other Latin American countries have adopted similar measures in the past, for example Argentina, but those were market economies not state dominated ones,” the banker said by telephone.

U.S. embargoed-Cuba has suffered from the implosion of ally Venezuela’s economy and oil industry, as well as lower commodity prices and dwindling domestic production following cuts in electricity, fuel allocation and other inputs to state companies beginning in 2016.

Since then President Raul Castro’s government has restructured much of its official debt, but according to diplomats and foreign businessmen state companies are overdue in paying more than $1 billion to suppliers.

The central bank resolution says authorities need to “exercise adequate control” over debt. To obtain a letter of credit, companies must prove they “have adopted measures to insure they can meet their obligations at the time of payment,” it said.

Pavel Vidal, a former Cuban central bank monetary specialist, said state-run banks would now function as an additional filter to ensure companies were solvent and could pay for imports.

He said Cuba had experienced similar payments problems every decade since the 1980s.

“They have figured out that the government can renegotiate the foreign debt, but if the state companies do a poor job managing their finances they face the same problem over and over again,” said Vidal, who teaches at Universidad Javeriana Cali in Colombia.