Just Published: "Theorizing regulatory governance within its ecology: the structure of management in an age of globalization," Contemporary Politics 24(3):-- (2018) 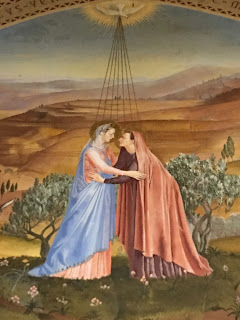 I am happy to announce the publication of "Theorizing regulatory governance within its ecology: the structure of management in an age of globalization," Contemporary Politics 24(5):-- (2018) (https://doi.org/10.1080/13569775.2018.1452108) (electronic version now available, paper version to come soon). My thanks to Poul Kjear and Antje Vetterlain of the Copenhagen Business School for overseeing the excellent symposium issue (Regulatory governance: rules, resistance and responsibility) of which this is a part. The good folks at Taylor and Francis are happy to sell you a copy: here. I have a few free reprints I can distribute as well.

The Abstract and the pre submission Introduction follow below:

"Theorizing regulatory governance within its ecology: the structure of management in an age of globalization,"
Larry Catá Backer
Contemporary Politics 24(5):-- (2018)

Abstract: This article examines regulatory governance (‘RG’) within its own ecology. It considers RG as an ideology of governance, as its own set of techniques to that end, and as a methodology andpsychology of the relations of regulatory organisms to one another and to their context. The object is first to chart the structures and modalities of this ecology, and second to understand the properties that makes RG both coherent (singularly as the method of regulating a field, as the framework for the use of RG techniques, and as an ideology of governance), and structural (as a means of structuring regulation as an exercise of ordering power. After a brief introduction, the article introduces the regulatory context through a close reading of the operation of global garment supply chains in  Bangladesh, examining RG in action within the ecology of global production. It then theorizes the meta structures of RG within this ecology as a mechanics for governance within institutions, and as an ideology for ordering systems of governance among institutions.

Regulatory governance, like other terms that have become important markers of the discussion of power and governance in the 21st century—globalization (Stiglitz 2002; Friedman 2000; Falk 1999), law (Calliess and Zumbansen 2010), markets (Winn 2016, 193; Backer 2007) development and finance (Park and Vetterlein 2010, 3), the state (Ohmae 1995), sovereignty (Krasner 1999), religion (Backer 1999), and social norms (Posner 2000; Zumbansen 2008; Backer 2008)—has become a protean concept. At its core, it speaks to the management of people and human activity, and the means through which those can be implemented for specific purposes grounded in specific ideologies. Regulatory governance is also intimately tied to projects of good governance, at least in the sense that both discourses focus on a similar palette of means and ends (Ladegaard 2001). And it is a creature of globalization, especially in the sense that it appears to provide both the normative capacity and the methodological techniques necessary to overcome the governance gaps that have emerged as the logic of globalization has fractured state power and de-centered law.

The protean character of regulatory governance can be centered on its character and scope. Regulatory governance appears to be grounded in its techniques, that is that is has acquired a fundamental character of methodology (Arndt et al. 2015).Yet, at the same time it is meant to embody a set of premises about the efficiency of managing behaviors and compelling compliance with authority (Helleiner 2011, 131). It is a form through which public government can be expressed (Simons and Macklin 2014, 79--271)—expanding the administrative possibilities of democratic government,[1] and the essence of private governance regimes (Lindhal 2000, 223--246). Regulatory governance tends to be understood as much about the way one governs as it does about the institutions of governance themselves (Kjaer 2015, 146--66). Less attention is paid, however, to the interactions of these governance sub-systems within an ecology in which many operate simultaneously within the overlapping regulatory spaces (Lindahl 2013; Backer, 2013, 591--653). This problem of the ecology of regulatory governance also poses a number of important fundamental ordering questions, touching on issues of aggregation (regulatory governance and its connection to the ecologies of globalization) (Amao 2011, 110--248), disaggregation (distilling the complex interactions that together produce the sustainable habitat for global regulatory governance) (Purnhagen 2013, 35), coherence (a centered or anarchic ecology) (Winer 1999; Jones 1995), sustainability (systemicity and autonomy) (Kingsbury 2005, 27--29), and ideology (regulatory governance as instrument or as typology) (Zerk 2016, 243--306).

This paper considers these questions in the context of ecologies of public and private regulatory governance within a specific context—the global regulation of production chains and multinational enterprises from a legal and governance perspective. Its thesis is this: Regulatory governance is a normative system with its own ecology, a set of normative values and procedural constraints. That ecology serves first to structure the internal workings of each regulatory governance order to produce a coherent, sustainable and self-referring system and second to order the relationships and interactions among them—the structural couplings of regulatory governance in those spaces in which they meet, intermesh, and conflict. That ecology presents a reconstitution of law that admits a powerful role for soft law and suggests a structure for the compulsion of the moral obligations of societal norms. These are represented by the rise of hard and soft disclosure, monitoring and assessment systems that both construct moral-legal orders and that embed them in the law of contract, of the state and of the international sphere (Chiu 2010, 361). The rules of these interactions represents the new constitutional law of regulatory governance systems (and the apparatus through which they are activated); the rules of governance interactions represents the new international law of regulatory governance systems (through which they engage with each other within the global orders). These new orders hold together and constrain the emerging structures of power. But they also challenge the fundamental organizational basis on which the contemporary order rests—national sovereignty, democratic representation, the singularity of law, the separation of public and private orders, and the traditional separation of powers.

After this Introduction, Part II identifies the ecology within which regulatory governance arises. Part A develops a conceptual framework for approaching ecologies of regulatory governance within the specific structures of good governance as an objective and technique of regulatory governance.[1] Here is an ecology that is built on the coordination and conflict among law systems, soft and hard moral systems, disclosure and assessment regimes and their institutional sources in enterprises, international organizations, civil society, and the state. Part B focuses on the context—global garment supply chains as a complex interweaving governance of public, private, national and multilateral institutions. This context is usefully exposed through a flashpoint event—the collapse of the Bangladesh Rana Plaza factory building killing thousands (see, e.g., Labowitz and Baumann-Pauly [2014] and Backer [2016]). Part III then seeks to extract theory from the meta structures of regulatory governance and the caveats that follow from the effort. It points to a distinction to be made between the functioning of the ecology and its ideology, and suggests another complex interweaving of moral obligation and law, of structures of disclosure and market driven regulatory discipline, and of the regulatory effects of states in markets as both managers. The actions of governance actors in the wake of the Rana Plaza factory building collapse provides a glimpse of this emerging ecology.

[1] “Good governance has 8 major characteristics. It is participatory, consensus oriented, accountable, transparent, responsive, effective and efficient, equitable and inclusive and follows the rule of law. It assures that corruption is minimized, the views of minorities are taken into account and that the voices of the most vulnerable in society are heard in decision-making. It is also responsive to the present and future needs of society”; It acquires a regulatory character as its substantive goals are included in the regulatory programs built into sovereign loan agreements, see also Council of Europe [2014]; IMF [1999]; United Nations 2009, 1.

[1] It has been suggested that “functional international organizations can be supposed to rely on legitimating strategies that much more resemble those bureaucracies than those of state governments” (Steffek 2004, 81, 91).