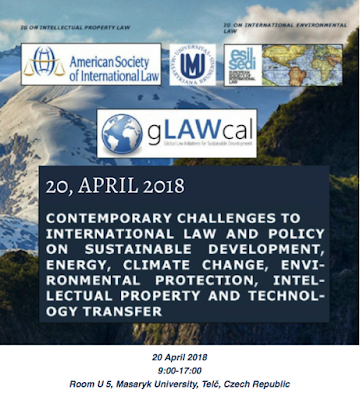 This from my colleague and friend Paolo Farah:


In recent years, our planet has been exposed to various environmental challenges. 2015, 2016 and 2017 have been the three warmest years on record and extremely high temperatures hit particularly southern Europe, eastern and southern Africa, South America as well as parts of Russia and China. (WMO, 2017) Natural disasters in form of heatwaves, droughts, more frequent and powerful tropical cyclones, and heavier monsoon rains caused property, infrastructure and environmental damage as well as hu- man losses around the world. In the most affected region Asia-Pacific, natural disasters caused 4,987 deaths, affected 35 million people and caused damage of about $77 billion in 2016. (UN ESCAP, 2017) Biodiversity has been constantly threatened by use of natural resources for economic and social growth. Biodiversity loss is occurring at mass-extinction rates. The populations of vertebrate species declined by an estimated 58% between 1970 and 2012. (WEF Global Risks Report, 2018) Soils are under pressure from population growth, pollution and higher demands for land uses other than food production. About a third of our global soils are degraded. (UNEP, 2018) More than 2 billion people globally are living in countries with excess water stress and 800 million people have no access to an improved water sources (UNDP, 2015) Climate change has significant security implications for fragile regions, leading to social tensions, upheavals, instability and in- voluntary migration. The latest data show that 76% of the 31.1 million people displaced during 2016 were forced from their homes as a result of weather-related events. (WEF Global Risks Report, 2018)

Environmental risks increasingly growing in prominence. The Global Risks Report 2018, published by the World Economic Forum, affirmed the trend of recent years: as the financial crisis has receded, economic risks have been replaced by environmental risks. According to the Global Risks Report 2018, four of five top risks in terms of impact are associated with climate change: extreme water events; natural disasters; failure of climate change mitigation and adaptation; and water crisis.

1.International law has enormous potential to address the abovementioned challenges related to climate change, sustainable development and environmental protection. The international community is already equipped with several instruments to keep advancing and implementing actions towards sustainable development, protection of the environment and fight against climate change. Although the UN 2030 Agen- da for Sustainable Development and the Paris Agreement are considered landmark achievements, the recent events at domestic and international level (Donald Trump’s decision to pull out of the Paris Agreement, logging in Bialowieza forest in Poland) reveal significant risk of a step-back of the objectives and goals towards sustainable development. Thus, the conference seeks to address the abovementioned challeng- es and to analyse tools of international law against the backdrop of the UN 2030 Agenda for Sustainable Development and the Paris Agreement.


3. Complexity of the contemporary challenges requires to shape our response beyond the borders of international law and even beyond the borders of the legal field. Multi- disciplinary approaches seem to be necessary for achieving the sustainable development and tackling climate change. Thus, the conference seeks to address and to explore potential of multidisciplinary approaches, especially the role of science and technologies.


4. The UN Climate Change Conference in 2015 (COP21) launched a new era of a global transition to a low-carbon economy. Climate change was recognized as an urgent and potentially irreversible threat to human societies and the planet. Action to reduce the impact of climate change and to limit the increase in average global temperatures to less than 2 °C requires energy transition (Energy production and use account for 2/3 of the world’s greenhouse-gas (GHG) emissions). Thus, the confer- ence seeks to address and to explore energy transition and role of energy sector in promoting sustainable development and combating climate change.


5. The UNFCCC underlines the importance of technological innovation for achieving the goals of the Paris Agreement. Technology is particularly relevant for the imple- mentation of mitigation and adaptation actions. Special attention should be given to technology deployment and dissemination efforts in order to address specific needs and special situations of the least developed countries. Against the backdrop of global effort to facilitate transfer of technologies (green goods, renewables), the conference seeks to address the protection and implementation of intellectual prop- erty rights.


6. Science, technology and innovation are central to energy transition. Successful implementation of the Paris Agreement and the UN 2030 Agenda for Sustainable Development requires interdisciplinary examination of the social, political and cultural dimensions of science and technology such as science and technology for international development. Thus, the conference seeks to address Science & Technology in Society in the broader context of sustainable development, energy, climate change and environmental protection. 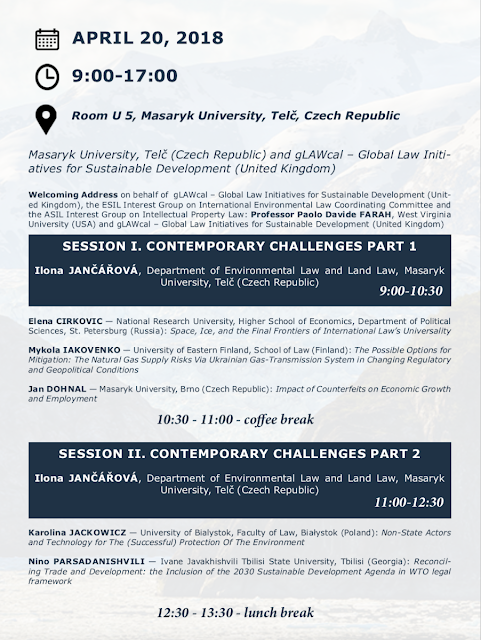 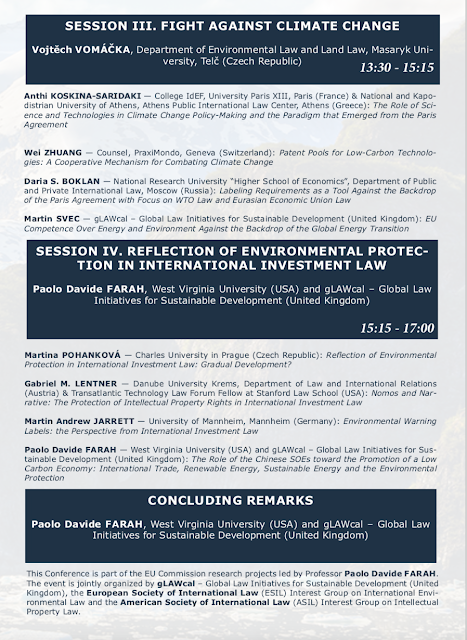