Flora Sapio: "What Do We Still Ignore About Chinese Constitutionalism?: The United Front and the Chinese People’s Political Consultative Conference Part 2" 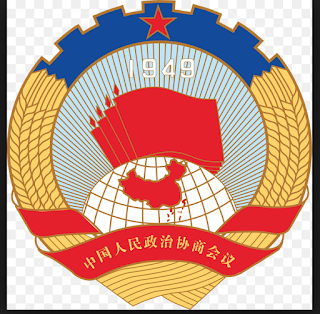 What has become clear after the 19th Congress of the Communist Party of China (CPC) is that the "New Era" addition to the CPC ideological line is having some very important and very quickly moving changes on the organization of the state apparatus and on the way on which the CPC asserts its leadership role.  In "The Ideal and Practice of Chinese Constitutionalism in the 'New Era'" (Connecticut Journal of International Law 33(2):''(forthcoming 2018)) I pointed to a likely development;

Indeed, one of the most interesting aspects of the invocation of constitution is the 19th CPC Congress Report is the potential relationship between constitution and its normative principles and the conceptualization of socialist democracy as something contextually appropriate to the Chinese political order. This socialist consultative democracy is not built around popular elections and the rise of political parties, but around engagement in governance exercised through the organs that bring together the CPC and the United Front parties. It is in those institutions that socialist democracy will be developed—an exercise in endogenous democracy in contradistinction to the West’s emphasis on exogenous democratic exercise.  It is in this context that democracy is to practiced and the meaning of the socialist democratic path is revealed. . . . What is then centered is socialist consultative democracy built around the Chinese People’s Political Consultative Conference. . . . The nexus between state, CPC and United Front through the CPPCC, then, serves as the connective tissue between CPC and State constitutions, and between the political authority of the CPC and its exercise through the rule system it itself has mandated as its own political line. It expresses in contemporary form the ideals of the New Democracy thinking embraced by the CPC before the founding of the PRC. (Ibid., pp. 33-34).

In a marvelous new set of essays, "What Do We Still Ignore About Chinese Constitutionalism?:The United Front and the Chinese People’s Political Consultative Conference ", Flora Sapio begins a sophisticated exploration of some of these issues. Part 1 (CPE Working Paper 4/1 (April 2018) can be accessed here.


What Do We Still Ignore About Chinese Constitutionalism?

The United Front and the Chinese People’s Political Consultative Conference

In the first part of this post, based on the text of the 1949 Common Program of the Chinese People’s Political Consultative Conference and on its 1954 and 1978 amendments, I observed how, contrary to what Western mainstream scholarship of Chinese constitutionalism holds, the Constitution (or Charter, or Statute) of the CPPCC is not a “temporary” or “provisional” Constitution. Rather, it is a document that:
(a) defines what the Political Consultative Conference is: an organization of the United Front, distinct from the Communist Party of China and the state apparatus, operating under the leadership of the CCP, and within the normative boundaries set by the Constitution of the State;
(b) specifies how the Political Consultative Conference relates to the Communist Party, and to the People’s Republic of China;
(c) sets rules about the goals of the patriotic united front of the Chinese people, multiparty-cooperation and political consultation led by the CCP;
(d) sets rules about the Political Consultative Conference’s work, organization, membership, its national congress, and local congresses.
In this post, I will jump forward in time from Deng Xiaoping’s 1978 “new period” (新时期) – or  as it is conventionally called “the opening up and reform era” -  to 2018. Virtually each one of the analyses produced for public consumption from November 2017  to March 2018 has focused on what experts have deemed to be the most important developments in Chinese constitutionalism:
(a)   the removal of the term limits for the President of the Republic from the State Constitution
(b)  the creation of the State Supervision Commission
Then it came the ‘trade war’ between a certain country and China, and several other developments, as this one, this one, and this one. And then...everyone was trying to keep track of these multiple developments – without ignoring such things as “Big Data”, and without neglecting to weave a few other strands of the broader narrative on China.
In the meantime, something happened, that the Western narrative produced for public consumption overlooked. The Constitution of the CPPCC was amended.