Association for the Study of the Cuban Ecoomy Annual Conference: "Cuba - Growth or Decline? Is the Revolution Dead?" 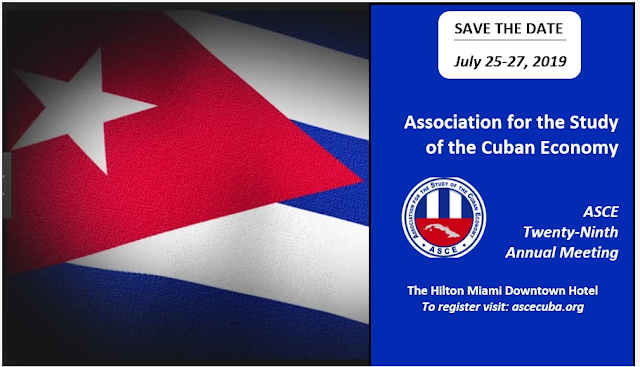 The 2019 annual conference of the Association for the Study of the Cuban Economy (ASCE) will be held in Miami July 25-27, at the Miami Hilton Downtown Hotel. Details on registration, lodging at the hotel, and the Program are at: www.ASCECuba.org

The 3-day event (Thursday - Saturday) features scholarly presentations and round table discussions by world-class experts, including from Cuba. The conference hotel is at 1601 Biscayne Blvd.

The theme of the 29 the conference is: "Cuba - Growth or Decline? Is the Revolution Dead?"

Among the topics discussed will be: the Cuban economy after 60 years of the revolution, continuities and change; developments in the domestic political situation, including debates about same-sex marriage and property rights; Cuba' s relationship with the United States and with Venezuela, including the application of the Helms-Burton Law, and the trade in oil, doctors, and weapons; current economic policies and the dual currency system; cuentapropismo and self-employment; the possibility of a new "special period" ; developments in agriculture and food shortages, as well as energy shortages; the adoption of new technologies and changes in internet policies.

Papers will also be presented by Professors from various excellent American universities, and professionals from the World Bank, the U.S. Department of Labor, the International Monetary Fund, and the Department of State.

Members of ASCE are providing key support to the travel by Cuban scholars and for the student paper competition, thus contributing to generating a rich body of knowledge in line with ASCE's mission of promoting scholarly discussion on Cuba's economy and society.


ASCE is a non-profit, non-political organization, whose mission is to promote research, publications, and scholarly discussion on the Cuban economy in its broadest sense, including the social, economic, legal and environmental aspects of a transition to a free market economy and a democratic society in Cuba. ASCE is committed to a civil discussion of all points of view.


The Program follow along with links to videos of several of the panels: 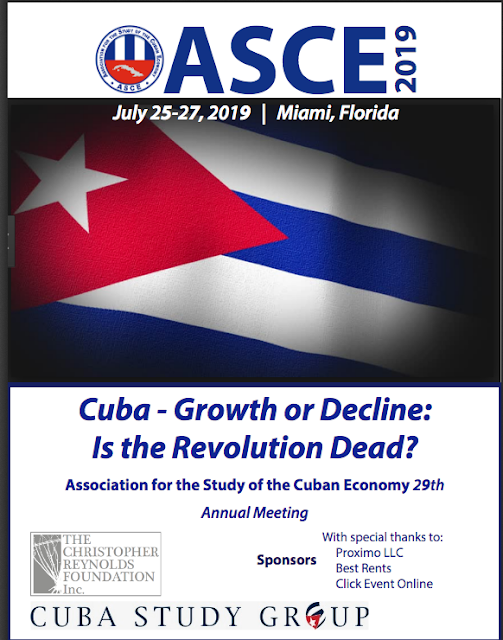 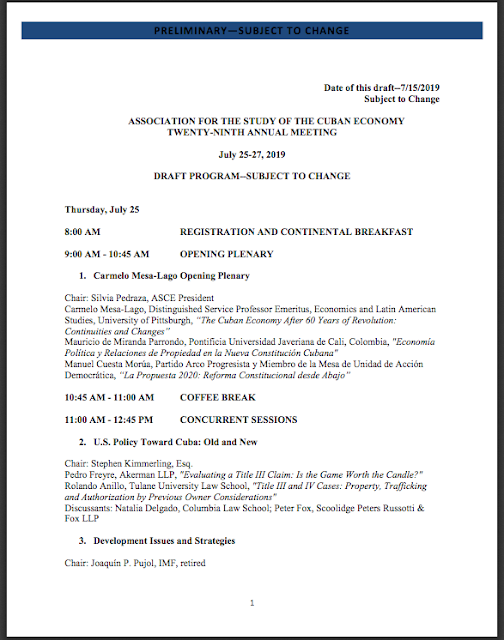 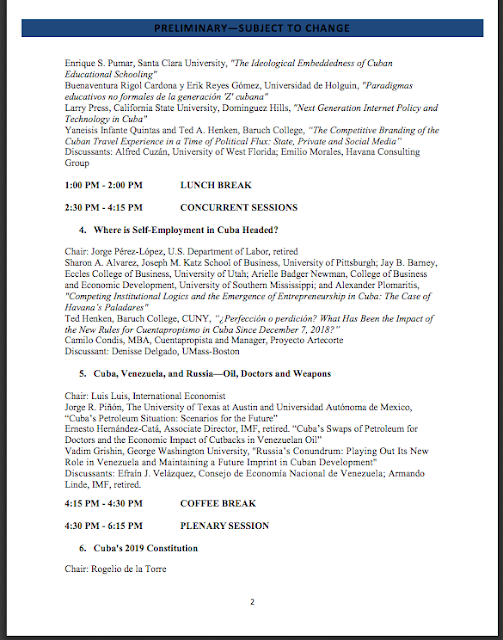 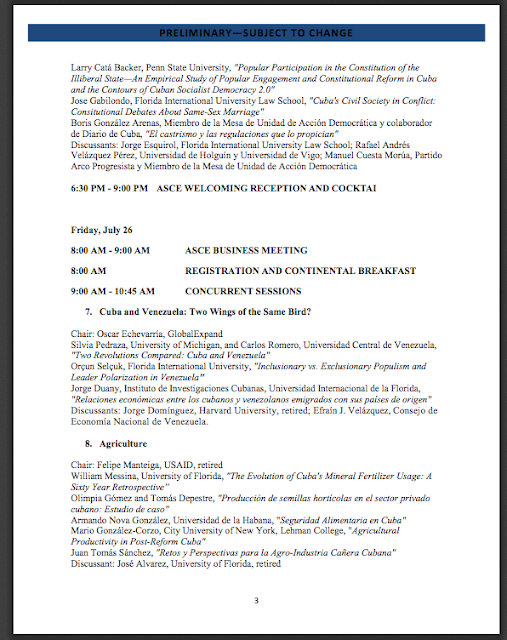 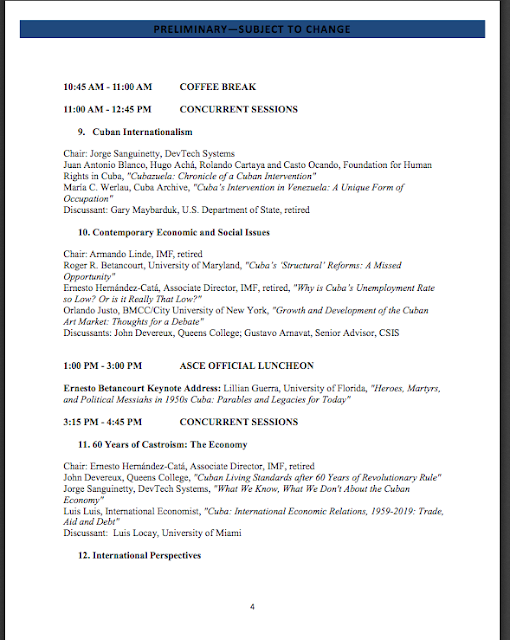 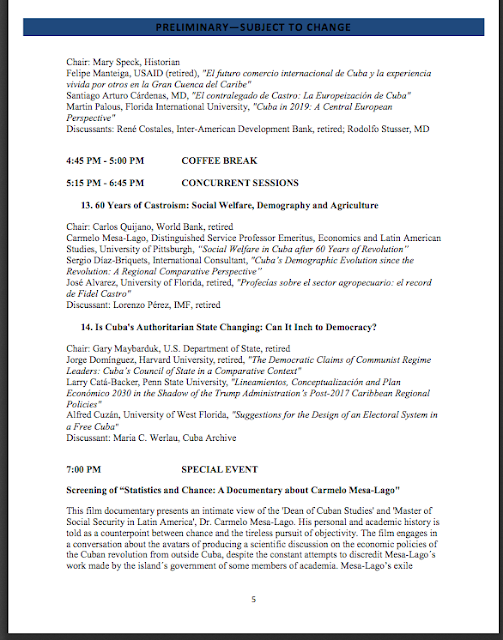 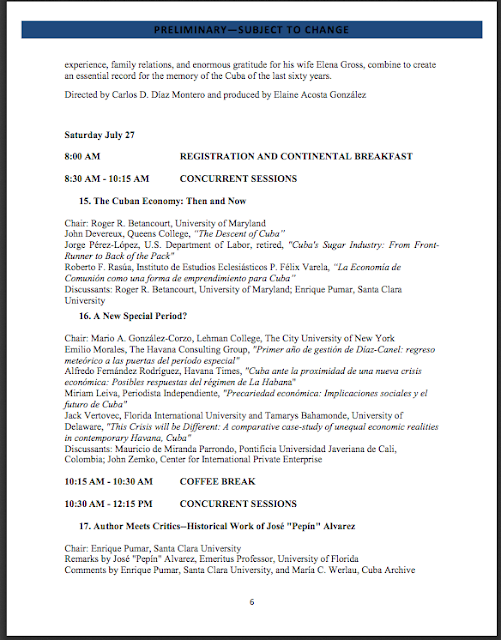 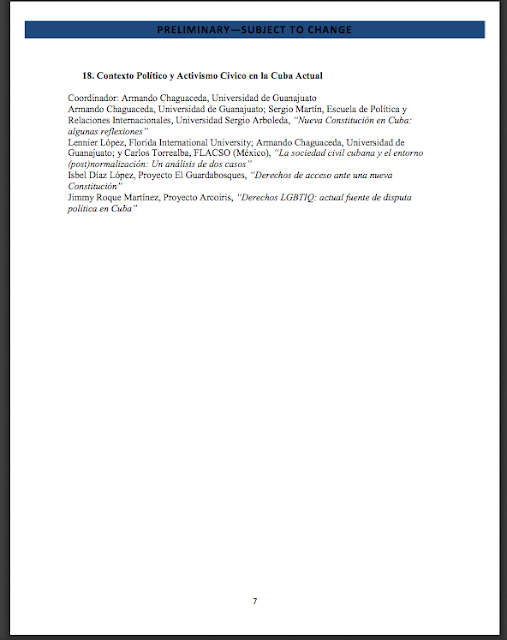