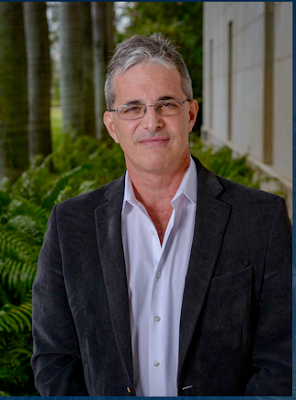 For the ASCE Series' next interview, Larry Catá Backer had the great pleasure of speaking with José Gabilondo.  Born in Santiago de Cuba, José Gabilondo joined the Florida International University College of Law after working in financial market regulation at the U.S. Department of the Treasury, the U.S. Securities and Exchange Commission, and the Office of the Comptroller of the Currency. He teaches corporate finance, banking regulation, and tax. His scholarship focuses on financial markets and Cuba studies. His work has appeared in the Harvard Latinx Law Review, the Journal of Corporation Law, Wake Forest Law Review, Catalejos, and UNIjuris (Cuba), among others. He is the author of Bank Funding, Liquidity, and Capital Adequacy: A Law and Finance Approach and co-author of Corporate Finance: Debt, Equity, and Derivative Markets and their Intermediaries, in the American Casebook Series. He has been a featured speaker at meetings of the Association for the Study of the Cuban Economy, Organización Nacional de Bufetes Colectivos (Cuba), the American Society for International Law, the American Association of Law Schools, the American Association of University Professors, LatCrit, and the Latin American Studies Association. He is a nationally recognized commentator in the Spanish-language media on financial and economic matters. 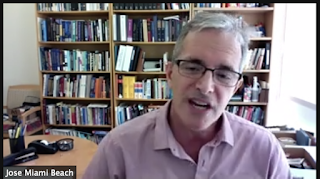 Our topic for this conversation centered on core issues of Cuba's economic reforms which were announced toward the end of 2020.  Key elements of that conversation centered on the end of the dual currency system, and perhaps as important, on the methodologies for monitoring and assessing the state of the Cuban economy and implementation of its reforms. Our conversation revolved around a number of thematic questions: (1) how did you become interested in studying the Cuban economy? (2) are there methodological challenges involved? (3) as a legal academic, how do you deal with the politics of U.S.-Cuban relations, which can be quite polarized? (4) what is the academic/theoretical value of studying the Cuban economy? and (5) what are you working on now?
The conversation was wide ranging.  We started with a more detailed discussion of the nature of the economic reforms in Cuba.  That is, as is common in these somewhat extraordinary circumstances, a complicated thing. It is a concoction cooked in a large pot of of Cuba's history, which shapes the forms and provides the space within which reform is conceivable. Ideology provides the sauce, that which makes what is being cooked palatable to the cooks. And then there are the objects placed in the pot for cooking.  But what happens when this is undertaken blindfold, where the blindfold consists of the methods and approaches that are used for the cooking, the tasting, and the serving up of what is ultimately boiled enough for eating? That imagery provides  the backdrop to the hard business of reform  Several aspects were discussed.  The first was on the difficulty of reform in a pragmatic sense where data may be hard to acquire, judge or apply. That conversation lead seamlessly to the pragmatics of reform, and the interconnection between monetary reform, and economic reform.  We focused on the issue of subsidy and its distoring effect on economic planning and control. Professor Gabilondo is cautiously optimistic about the reforms precisely because of its nature.  Here, he emphasized, it is not necessarily the ideologues but rather the technicians, who may be guiding its trajectories.

We hope you find the discussion interesting and thought provoking We welcome your views. The video is posted to the CPE YouTube Channel (ASCE Interview Series Playlist) and the specific interview may be accessed HERE.