In 271 AD, the Roman Emperor Aurelian, and thereafter his successor Probus, chose to do the unthinkable; they commenced the building of a wall around the City of Rome. Rome had for centuries stood open..at the center of a transnational imperial system stable enough that its center needed no fortification. The refortification of Rome  from 271 with the start of the construction of the Aurelian Wall (still visible in parts of the city) was what was deemed to be the best response to an unthinkable shock the year before--the penetration of the very heart of the Empire by what for that epoch was the leader of a large collective dedicated to the toppling of what appeared to be an invincible system by striking at its heart. The defeat of the Roman army by the Vandals under the leadership of their leader Juthungi at Placentia (modern Placenza) signaled the end of an epoch.

While the Vandals were eventually driven back, there was no going back to the sense of Roman stability and good order within its (ever expanding) territories.  From that time, Roman narrative emphasized its power to protect and reverse the internal projection of external threat.  But from then until the Empire eventually split and the Western portion fractured into the pieces whose remnants constitute the state system of contemporary, Roman elites could no longer assume that attack was impossible.  The reverse was now true--their were now on the defensive--knowing that attacks were inevitable and transforming their society and way of life around that premise. 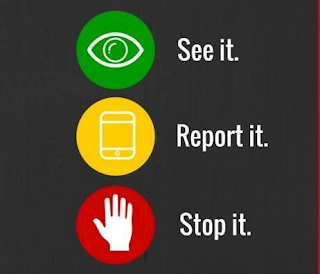 Where once  free movement went unimpeded (by the standards of the day); now  such movement would require  the prophylactics of membranes--not just in their physical manifestation as walls, but in the cultural shift that now increasingly understood movement as dangerous and the need for an inward turning of social and cultural expectations necessary to put the best face on  the transformation of society  that could no longer project itself out but was now increasingly obsessed with a fear of losing what they had accumulated.  There was to be no more progress--just preservation.  With the walls Roman society began to shrink--discursively backwards looking, nostalgic, militarized, and obsessed with an increasing siege mentality that The walls that went up all over the Empire did not merely keep the Vandals (and other ancient "terrorists" out) they kept the Roman people, Roman society, and the Roman way of life inside its protective membranes.  Stasis produced a movement toward greater social control by an administrative bureaucratic state  with security at its center.
These changes did not manifest themselves merely in physical barriers.  But the walls themselves merely incarnated deeper cultural shifts--marked by decay, augmented division (even by the standards of an ancient society organized by the controlled  interaction of social orders), and the cultural practices of suspicion.  A manifestation of this shift could be seen in the move from the construction of Roman cities. Roman cities incarnated the cultures and narrative of stability and prosperity built on free movement through the forms of their basic planning (from the time of the late Republic at least). These cities were designed as roughly open square grid patterns (of the sort resurrected to great effect in the settlement of the interior United States in the 19th century), designed to facilitate connection with the outside world (with North-South, and East-West "highways" meeting at the center in which where religious, economic, and political institutions were accessible.  These were cities that made it easy to navigate, that welcomed the outsider.   Later Roman cities (and renovation of older cities after the shocks of the late 3rd century were built to confuse the stranger.  Streets curved and ended abruptly.  Signage disappeared.  Building and streets were designed for defense were the outer walls penetrated.  One can see the survival of this design--a design for defense, built on suspicion, and premised on the assumption of penetrative violence by strangers seeking to eliminate the local way of life, was built into the very structures of living.
These are the thoughts that rose in my mind as I sought to encounter in a meaningful way, and in so doing, to more faithfully commemorate, the lives lost and sacrifices made on this the 20th anniversary of the global order's Aurlean shock, the terrorist attacks on targets in the United States.  What 20 years has brought us has been the spirit of the Emperor Aurelian and the spirit of the protective membrane. The global order, guiding by its leading forces, has decided, perhaps, that the Aurelian solution is the only path available to a ruling order following a shock striking the very heart of that order --physically but more importantly psychically. Ours, some might begin to surmise, has become a global order of membranes--of protective layers that are meant to preserve and not project, and to train the leading elements of that social order to seek the protection of walls, of barriers, of a comprehensive prophylactics to protect and preserve what might be lost at the hands of others.  These others may be hunted, they may be surveilled, but they do not construct a social order on a foundation of the necessary protection of barriers.  Theirs is the task of penetration; the active principle.  For those now ordering life within the membranes built for protection, the societal impetus is passive, defensive, protective but hardly generative. The walls that Aurelian built remind the contemporary world, should it chose to observe and to lift their collective gaze from their own comfortable universe of self reflection,  of one possible place where a cultural road built on walls may lead.  The alternative course has already been taken, and its path is clear--walls, membranes, risk aversion, suspicion, division, retreat (psychically as well as physically) can produce a reflexive sense of safety, and yet it shrinks us in the process; our modalities of protection become our prison, and their overlords our masters. And to those against whom protection requires the reshaping of the political, economic, and social order, is left the rest.

To those who have, are now, and will in the future, protect us; to those willing to make the ultimate sacrifice for those of us now behind these walls and succored by its membranes; and to those who ensure that these walls remain protective for as long as such things last --ave Imperator, morituri te salutant--I salute you.