The View From Uganda: Jonathan Kiwana -- "Put ‘climate change’ on the agenda" 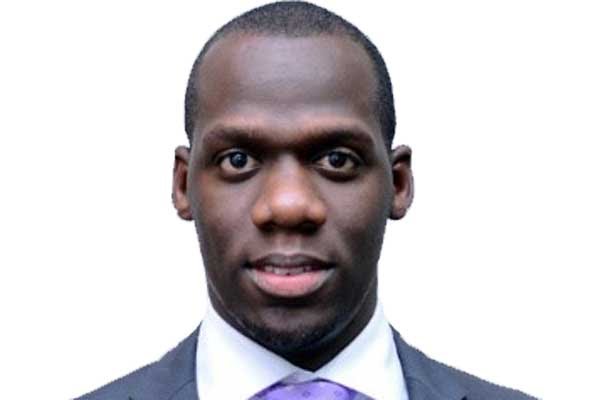 Climate change appears to be at the center of the reform agendas of influential sectors in developed states in liberal democratic and Marxist-Leninist camps. Most  of the discussions about the character of such reform naturally follows orthodox patterns--the response to climate change starts with legal reform that then is used as a normative framework through which capacity building and delegated responsibility (to economic enterprises) would produce a normalization of new sets of climate sensitive expectations and behaviors. The object here is reasonable--for the state to set a baseline through legalized mandates that then delegate operational responsibilities to the objects of the new legal baselines. The state retains its position as the source of normative production and as the apex organ of accountability and auditing of compliance (quality control). Its administrative organs than manage the range of discretion within which those enterprises onto which responsibility are delegated may construct and administer their operational systems

This is neither an unrealistic approach nor one with respect to which states (when they are used as the leading forces for effecting societal, economic, and cultural change)  are unaccustomed. Nor is it an approach without a space for contribution and development by developing states and the global south. Uganda provides an important example of such legal-economic-societal development outside of the traditional centers of such development.

Mr Jonathan Kiwana is a senior associate at Bowmans Uganda (AF Mpanga Advocates), and I am proud to say, a former student, has written a  quite interesting essay on recent climate change related legislative and macro economics policy related efforts in Uganda.  The essay is well worth reading for its suggestion of an approach now being taken by sophisticated developing states in ways that might better reflect their realities than the models developed in the larger, richer and more powerful states further up global production chains.

But also suggested are what will likely be second generation issues that will quickly follow after enough of these sorts of provisions find themselves into the domestic legal orders of states up and down global production chains.  These include: --coordination of national efforts along production chains, rationalization  of exceptions and constraints on blocking statutes, as well as issues of choice of law and forum when litigation is used as a means of enforcing such statutes or to advance their agendas.

The essay, "Put ‘climate change’ on the agenda," was originally published in Uganda's Daily Monitor and is re-posted below.

Put ‘climate change’ on the agenda

The directors, ideally, are always to prefer the long-term consequences for the company over the short-term benefit for shareholders

More by this Author

For the average private entity, the concept of Climate Change seems distant and inapplicable.

This could not be less true. It has been found that only 100 companies around the world are responsible for about 71 percent of industrial emissions that cause global warming.

Equally, the private sector can and should be an active participant in curbing the threat of Climate Change.

Uganda is a party to all these treaties. A few days ago, the President assented to the National Climate Change Act to give these international instruments force of law in Uganda.

Under this Section, private entities shall be required to prepare a Climate Change mitigation and adaptation plan.

In other jurisdictions, such obligations have included: contributing towards a climate change fund, adopting green technology, reduction in financing towards dirty energy and the like.

Section 25 of the Act makes provision for legal action to be brought against an entity whose action or omission threatens or is likely to threaten efforts towards adaptation to or mitigation of climate change. The Section extends the right to bring such a legal action to even those who have not necessarily suffered personal injury.

These two provisions have the net effect of moving climate change mitigation and adaptation from the realm of ‘merely’ Corporate Social Responsibility actions to that of legal obligations and corporate risk. The Act also makes Uganda an international leader of climate liability regulations for companies.

Under the Companies’ Act, the duties of directors include acting in good faith, in a manner that promotes the success of the business of the company.

In spite of the difficulty this may present, the directors, ideally, are always to prefer the long-term consequences for the company over the short-term benefit for shareholders.

In tandem with the provisions of the Act, these duties would require that the Board of a company seriously consider the matter of Climate Change and how it may affect the company business.

Section 25 means that now litigation may be brought against companies if a party feels aggrieved that the actions or omissions of that company threaten efforts towards the mitigation of climate change.

There is already precedent for such litigation. Such litigation, whether successful or not, can have far reaching economic, reputational and human resource consequences for a company. Section 22 will require that companies evaluate their activities, policies and initiatives and determine how best these may align with climate change legislation and best practices.

We have already seen  activists protesting the financing of the East African Crude Oil Pipeline, the World Bank cutting back on financing to up-stream oil projects and international energy companies rebranding to prepare for their transition to greener and smarter energy alternatives. More of this is can be expected.

If however, the foregoing will not convince a hesitant Board, perhaps the increasing evidence of a business case for sustainability can. Marks and Spencer has for the last 15 years implemented a sustainability strategy that in 2015/2016 realised almost GBP 200 million in net benefits.