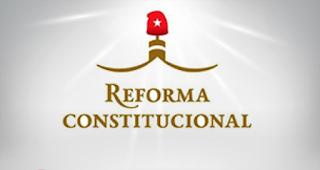 As part of the Coalition for Peace & Ethics's Technical Assistance Project--Reforma de la Constitución del Estado cubano 2018/Reform of the Cuban State Constitution 2018, we have been writing about the contemporary project of constitutional reform in Cuba. That project, as I have suggested in earlier essays, is both a reflection of and constrained by the political and economic model adopted by the Communist Party and embraced by the National Assembly in 2017.  This project a larger study of the development of theories of endogenous democracy that increasingly might be used as a lens through which to understand the way that democracy might be practiced within Marxist Leninist systems (e.g., here, here, here, here, here, here, and here). These we seek to theorize and to study in local context.

Since 2011 Cuba has sought to develop, refine and practice a form of this endogenous democracy in ways that its governing party determines fits within its ideological principles. The initial initiative was undertaken during 2010 and 2011when the Cuban Communist Party (PCC) sought broad input on a project of substantial reform and opening up reflected in guidelines for PCC leadership. Broad, but substantially well constrained consultation was attempted again in 2016 as the Party and its state apparatus considered potentially substantial reform to its economic and political model in its 'Conceptualization of the Cuban socio-economic socialist development model' ("Conceptualización del modelo económico y social Cubano de desarrollo socialista")

This model of public consultation was then broadened and applied to the project of constitutional revision that began with the adoption of the Conceptualization. The PCC presented a draft revised constitution for consideration by the National Assembly (as reported in official accounts here).  Once revised, it was distributed widely for popular consultation.  These occurred over a short period of time in last 2018.  Meetings were organized all over Cuba at which small groups were assembled to give their opinion of the draft constitution. These were then summarized and delivered to the National Assembly.  Additionally there was intense debate in social media and among groups with strong interests in various provisions of the constitution, not least of which was debate about the constitutional protection of gay marriage.  The National Assembly met again to consider the popular consultation over a two day meeting (official reporting here). As revised, the draft constitution will be presented for approval.

The National Assembly's now final draft  has been distributed.  It may be accessed HERE.

The Coalition for Peace and Ethics has also prepared a side by side comparison of the original and revised draft that may be accessed HERE.

In future posts we will provide more information about our empirical analysis of the patterns of popular engagement with constitution making.  The analysis will be made available in a forthcoming manuscript, The Democratic Constitution of the Illiberal States—An Empirical Approach to Popular Participation, Representation and Constitutional Reform in Cuba. 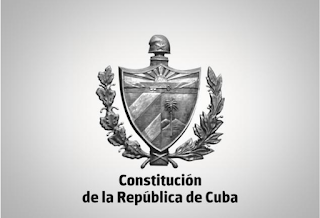