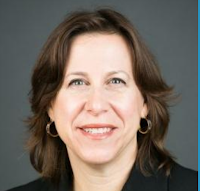 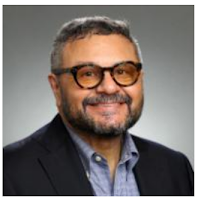 Joanne Bauer, Co-Director of the Teaching Forum, and Michael Santoro, President of the Scholars Association, make public a letter privately communicated to Facebook executives expressing concerns about the exclusion of business and human rights experts in its scholars initiative.

We believe that the absence of business and human rights expertise within the Initiative is a missed opportunity and diminishes the capacity of the Initiative. The message of our original letter to Schrage and Ginsberg about the value of a business and human rights analysis to address the ethical and public policy issues raised by Facebook’s data access policies remains as salient today as when we sent it last May, and therefore we have chosen today to share it publicly. (Teaching Business and Human Rights Forum and Global Business and Human Rights Scholars Association Release Letter Raising Concerns about Facebook’s Electoral Integrity Initiative).

I am happy to pass along additional information and links, which follow.


Some of you may recall that last April I posted here about the public announcement of Eliot Schrage, then Facebook's Vice President of Communications and Public Policy, regarding a new Facebook initiative to grant scholars access to Facebook data and internal processes in order to facilitate scholarly research on the impact of social media on elections. Given how squarely this subject fits within the concerns of the business and human rights field, my post asked if anyone would like to get together to discuss how we might respond. About a dozen of you responded and following a Zoom call, together with the Global Business and Human Rights Scholars Association, we drafted a letter to Facebook with our ask: namely, that at least one business and human rights scholar be appointed to sit on the Commission that develops the RFPs and vets the resulting proposals. Over 50 members of the Teaching Forum and the Scholars Association signed the letter, which we emailed to Facebook in May.


Earlier this week, Michael Santoro (President of the Scholars Association) and I publicly released the letter along with an explanation of the communcations we had with the directors of the Facebook initiative after we submitted the letter. The cover note also explains the disappointing outcome: no BHR expert had been appointed to either the Commission or any of the sub-committees.


On Monday the letter with cover note was posted on the Scholars Association website and in its newsletter. Here is the link: https://bhrscholarsassociation.org/facebook-letter/ Feel free to share on social media.


We welcome your thoughts on this. Since our original outreach was to Facebook via Schrage (who is no longer there) and David Ginsberg, if we do pursue this further we intend to do so directly with Facebook. We expect that conversation will be easier to have once Facebook's new Human Rights Policy Director comes on board.