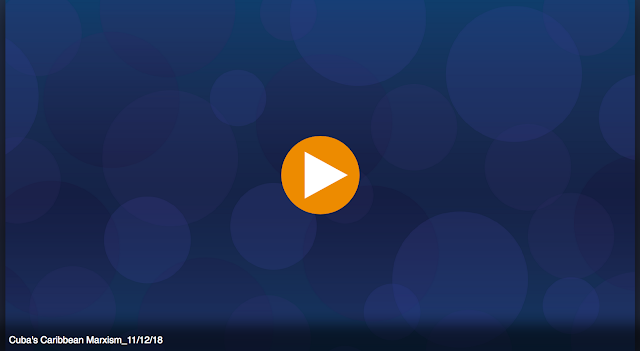 The video recording of the launch event for Cuba's Caribbean Marxism: Essays on Ideology, Government, Society, and Economy in the Post Fidel Castro Era, which took place 12 November 2018 at Penn State is now available. The video recording may be accessed HERE with thanks to Penn State Law and the School of International Affairs for their support. The recording is about an hour long.


Highlights from the discussion included the fundamental role of ideology in the development of political and economic frameworks, and its consequences for the development of rule or law based institutions; Cuban Leninism; the role of the Communist Party and reform since 2011; the current state of Cuban political theory and its constraints fro political and legal development; political ideology and its expression as economic policy; and the development of Cuban external relations around sovereign finance. This more general discussion informed more specific examination of constitutional change and national plebiscite; Caribbean Socialist Regional Trade; the state of Cuba-U.S. Relations, the Embargo and targeted sanctions; the development of the Cuban private sector in the shadow of ideology; the modalities of transposition of political policy to law; and Cuban engagement with global expectations in economic activity.

PowerPoints may be accessed HERE.