It is my great delight to re-post a marvelous essay written by my colleague, Flora Sapio, of the Università di Napoli "L'Orientale" and a member of the Coalition  for Peace and Ethics. 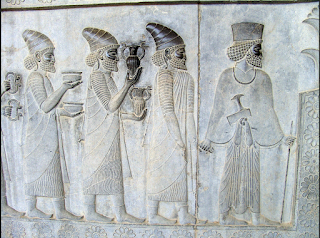 The Coalition of Peace and Ethics has begun to examine the emergence of New Era principles of Empire in the United States and China which reflect the emerging structures through which global relations are likely to be framed in this century.  See CPE EmpireSeries. Neither state is likely to seek to embrace the word Empire, even as they each construct its new structures.  The empires that thrived from the end of the Renaissance were built not merely on notions (if somewhat brutal; based on direct control, but also disciplined by notions of hierarchy and exploitation based on race, ethnicity and religion. 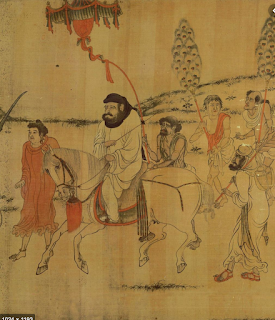 These bases of ordering Empire have been definitely rejected by post 1945 society--but the idea of empire has not. Globalization offered law as a basis of empire, coupled with a masked power system grounded in influence and economic power diffused and exercised through private institutions (enterprises in the economic sphere and non-governmental organizations, including religious organizations in the social sphere). This system has been collapsing by the weight of its own contradictions and the detritus of the racial, ethnic and religious conflicts it sought to overcome.  But on the soil of this (now in hindsight) transitional empire, new forms are arising. These are meant to strip the concept of imperium of the chains of its history, and the burdens of the structures of their past failures and re-structure systems for management and control of people, spaces, and narratives on a new basis. That basis speaks to circles of dependency and management, of a collective, all revolving around the imperial core. It speaks of post-globalized systems of tribute, allegiance, and obligation; of service built around a core and its collectives--temporibus imperio tributa obsequium et debitum.

Flora Sapio considers an aspect of the Chinese New Era model.The object of this essay is to unpack the language through which Chinese New Era policies express the emerging core principles of Socialist Empire around which China is building its vision for a Socialist internationalism distinct from that constructed by the West after 1945. At it core is a marriage of ancient Communist Internationalism now reconstituted for a New Era in which

The essay first appeared on the website of the Instituto per gli Studi di Politica Internazionale 27 September 2019.

In September 2019, the clash between the United States and China over Beijing’s move to include language referring to the Belt and Road Initiative (BRI) in the text of a United Nations resolution on Afghanistan made global headlines for the second time in merely six months. The latest, but certainly not the least, episode in the ongoing US-China tensions invites a wider reflection on the principles shaping the norms of China’s foreign policy and their global impact.

The emerging “Beijing Consensus” presents a nuanced palette of opportunities and challenges to East Asia, Africa, Russia, the United States and the European Union. But to understand how China is reshaping transnational governance it is necessary to know the main points of reference China follows in managing its relations with other countries. To understand those points of reference, it is necessary to know where they come from.

China’s foreign policy is premised on a set of six principles (yuanze). Besides the Five Principles of Peaceful Coexistence stated in 1955 at the Bandung Conference, of crucial importance is a new principle introduced by General Secretary Xi Jinping. That is the “principle of achieving shared growth through shared discussion and shared collaboration” (gongshang gongjian gongheng yuanze). What is the meaning that lies behind this unfamiliar — at least to Western eyes and ears — formulation? The principle of the “Three Shared” (sangong) simply means that China’s foreign policy is driven by the imperative to create a global governance system alternative to the post- World War II equilibrium. The new equilibrium postulates a “hub-spoke” model of international relations, with China as the hub of global governance, and its partners as the spokes of the wheel revolving around the Middle Kingdom.

This new model of international relations is not unipolar, because it sees the active participation of China’s partners in its realization. Such participation occurs through the coordination of domestic and foreign policies between China and its partners, as postulated by the words “shared discussion” (gongshang). Equally important is pooling the resources needed to create the new supranational and bilateral organizations of global governance, a point underscored by the idea of “shared collaboration” (gongjian). The alignment of priorities in the domestic and foreign governance of China and its partners, coupled to an increased economic interaction, should produce benefits to be reaped by all. This latter point is conveyed by the idea of “achieving shared growth” (gongheng).

Given its novelty, this conception of international relations needs to be realized through norms unlike those we are familiar with. In understanding China’s international relations, we can only in part rely on the points of reference provided by “hard” international law, and on the norms created by supranational entities. We should reason in terms of those competing structures of mutual benefit that already exist on the ground, and that were gradually built since 1948 across the Atlantic, and since 1978 along the route of the Silk Road. Those structures are articulated around fora, mechanisms and equilibria that have yet to reach their final form.

In the meantime, we can at least observe how the new principle of China’s foreign policy is producing impacts in East Asia, Africa, Russia, the United States and the European Union. The single most important point of reference, for China, in achieving its vision of a new global governance regime is the implementation of the Belt and Road Initiative. It is perhaps not by chance that the “Three Shared” principle is at the same time a new principle of China’s foreign policy, and a norm shaping the BRI.

To date, the “Three Shared” principle has been consented to by more than 125 states, and by 29 international organizations, who have joined the Belt and Road Initiative. Participation in the BRI builds on the structures of bilateral trade, investment, and cultural exchanges China has laboriously built with each one of its partners since the onset of the Deng Xiaoping Era (from 1978 onwards). In the New Era of General Secretary Xi Jinping, that structure has provided the springboard to bringing the dense web of bilateral relations between China and its partners to a new level.

Participation in the BRI occurs outside of the conventional structures of regional trade and investment treaties. It also takes place in parallel to participation in supranational organizations. The new, “hub-spoke” model of international relations relies on non-binding, soft-law documents that do not pose any obligation. These documents state a consensus that has been proven to exist by decades of cooperation at all levels between different governance systems. In this new scenario, supranational and regional organizations are important. They play a primary role in sustaining and furthering a dense web of economic and social interdependencies. In the meantime, each one of the roughly 180 non-binding Memoranda of Understanding and Joint Declarations that provide the building blocks for the Belt and Road Initiative contains the “Three Shared” principle. Alongside more conventional principles, ideas and norms “shared discussion, shared building and shared growth” continue to give form to China’s international relations.

“Countries are becoming increasingly interconnected and interdependent”, stated Xi Jinping’s Report to the 19th National Congress of the Communist Party of China. Given the United States’ attempt to decouple its economy from China’s — an attempt perhaps not matched by an equally dynamic transatlantic people-to-people diplomacy — we cannot but wait for the global governance regime to reach its next stage of equilibrium.