The New Draft of the "Legally Binding Instrument to Regulate, in International Human Rights Law, The Activities of Corporations and Other Business Enterprises:" Part 21--Article 10 (Mutual Legal Assistance) Reflections (1) 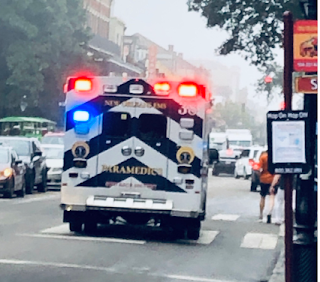 
This post continues with a consideration of the DLBI by examining the many sections that make up Article 10 (Mutual Legal Assistance). Consideration includes its terms, its underlying ambitions, ideologies, and the feasibility of its gasp, given the constraints within which its authors are necessarily made to work. This  examination of Article 10 was prepared by Larry Catá Backer.

Article 10 is a necessary, though to some extent like Article s7-9, technical provision, whose many parts are meant to make more effective the access to justice where claims and litigants span several states and legal systems. It's core objectives are nicely stated in § 1:

States Parties shall afford one another the widest measure of mutual legal assistance in initiating and carrying out investigations, prosecutions and judicial and other proceedings in relation to claims covered by this (Legally Binding Instrument), including access to information and supply of all evidence at their disposal and necessary for the proceedings in order to allow effective, prompt, thorough and impartial investigations.

"Widest possible" is both a term of scope that suggests broad application, but also carries with it contextually (e.g., territoriality) relevant constraints.  Thus the words "widest" and "possible" can both work with one another to amplify their effect--or they can work to negate each other (e.g., the "possible" may be quite narrow indeed).  At a minimum this continues the pattern of this Treaty in encouraging the developing of distinctive and potentially non align able standards in  crucial aspects of access to justice areas.  The result will be a less useful set of mechanisms--except for lawyers who will work hard to develop mechanisms for using these dissonances strategically.  And of course, this adds to the concern that having started as a mechanism to expand the ability if "victims" to vindicate their rights against harms suffered, the Treaty actually is yet another plaything for elite players who have resources and are technically incapacitated. Victims are not the only losers--but also key human rights defenders from developing states., or with small organizations will also have a passive role against that of the "big" players in the field.  In a sense, this is, like globalization has been accused of being, a tool for the preservation and perhaps enhancement of the power of the big power players --well connected--in this field.

Whatever the outcome, the succeeding sections seek to develop the rules within which it might indeed be possible to develop a broadly scoped regimen of mutual assistance.  Section 2 is directed to states.

The section appears to exist in a vacuum.  And yet it is (or ought to be ) intimately connected with now ancient and well developed systems for inter-judicial assistance already in operation among many states.  But if that is the case, it is not clear what § 2 adds to what states already do.

There is a textual curiosity.  Section 2 appears to apply only to “additional information or documents need to support the request for assistance.”  But the referent is not clear.  Most likely the reference is to documents and information in addition to those identified in ¶ 3.  Or perhaps they are limited to the sorts of documents and information listed in § 3 (which by the terms of the chapeau to §3 is not to operate as a closed set), beyond which additional information may be requested under ¶ 2.  Litigation, once a national transposition is actually undertaken and applied, may sort this out.  But equally important, it is not clear whether or to what extent this section modifies the existing mechanisms and agreements among states for judicial cooperation, including treaty-based cooperation regimes.

Section 3 then identifies, or at least arranges into categories, the sorts of information and documents that are subject to the mutual assistance provisions.

a.         Taking evidence or statements from persons;
b.         Effecting service of judicial documents;
c.         Executing searches and seizures;
d.         Examining objects and sites;
e.         Providing information, evidentiary items and expert evaluations;
f.          Providing originals or certified copies of relevant documents and records, including government, bank, financial, corporate or business records;
g.         Identifying or tracing proceeds of crime, property, instrumentalities or other things for evidentiary purposes;
h.         Facilitating the voluntary appearance of persons in the requesting State Party;
1. Facilitating the freezing and recovery of assets;
j. Assistance to, and protection of, victims, their families, representatives and  witnesses, consistent with international human rights legal standards and subject to international legal requirements including those relating to the prohibition of torture and other forms of cruel, inhuman or degrading treatment or punishment;
k.         Assistance in regard to the application of domestic law;
l.          Any other type of assistance that is not contrary to the domestic law of the requested State Party.

Some of these are quite contentious.  For example, the duty for states to provide (rather than facilitate the provision) of expert evaluations (§ 3(e)) may be problematic in some jurisdictions. Likewise, the execution of searches and seizures (3(c)) may be beyond the power of a state (for example within a federal system in which the federal government has limited authority. And several are at the heart of issues of human rights and human rights disjunctions between states.  For example, the obligation in § 3(l) respecting the freezing and recovery of assets may be subject to constitutional limitations and more importantly may require a substantial sensitivity where the request may be a sham, or otherwise may further requested state complicity in actions that might themselves amount to violations of human rights by the requesting state.

Lastly sub-section (l) poses interesting interpretive issues.  It provides for other types of assistance that are “not contrary to the domestic law of the requested State Party.”  But it is not clear whether this means that states have obligated themselves to modify their domestic laws to the extent that they may be contrary to the provisions of § 3(a) – (k) OR whether it means that all of the obligations of § 3(a)-(l) are available only to the extent that they are not otherwise contrary to domestic law.

Section 4 (sic 2) touches on the sharing, without prior request, of

To some extent this material may be covered under existing international arrangements and it is not clear the extent to which this Treat y is meant to supplement or where inconsistent supersede those international (and otherwise binding) arrangements. This is neither the first nor last treaty whose provisions are weakened precisely because its authors drafted ion the assumption that the Treaty exists in a vacuum rather than as an additional intervention in a complex already well populated world of binding agreements (and law) among states.

Section 5 (sic 3), touches on the possibilities of “bilateral or multilateral agreements or arrangements whereby, in relation to matters that are subject of investigations, prosecutions or judicial proceedings under this (Legally Binding Instrument), the competent authorities concerned may establish joint investigative bodies.”  Note that joint investigative bodies are not the same thing as joint judicial bodies.  Note further that an opportunity was lost to create joint state based non-judicial remedial mechanisms.  Note lastly that there is nothing in the treaty that would prevent the creation of either or anything else states may find in their collective best interest.  The provision, then, is both meant to signal that such joint investigation committees are mechanisms that are encouraged (though it might have been more fruitful to just come out and say that) and to encourage more informal functionally equivalent mechanisms. Also noted is the last sentence of this provision which really ought to have been addressed in Article 2 or 3 of the Treaty with appropriate derogations, but which instead finds itself here, adding little to a section that deals with the already accorded right of states to reach such agreements among themselves as they like. The same, of course, might be said for § 6 (sic 4) which recognizes a reality that underlines the commitments of states throughout the Treaty.

Section 7 (sic 5) speaks to implementation.  But that provision, like the others, is likely subject to the principle already remarked in § 6 (sic 4). Section 8 (sic 6) is more interesting to the extent it is read broadly to provide that states in which requests are made under Article 3 are also required to provide the requesting state with the legal assistance necessary to make and fulfill that request.  To some extent this is not a bad idea, especially where the requesti9ng state is poor, lacks capacity or is otherwise not ale to fully take advantage of the possibilities in the Treaty,  On the other hand, one is dealing with the obligations directed to states—neither to enterprise litigants or to “victim” litigants.  Here there might be confusion, and the provisions of Article 4 might have been redrafted to deal with that (on a state obligation to provide legal assistance to “victims” otherwise unable to meet the financial burden of protecting their rights or requiring the loss from harms that are made actionable under the Treaty.

Sections 9-10 (sic 7-8) speaks to recognition of judgments.  Again, the same caution: these provisions either are meant to supersede Treaty and constitutional limitations already in place.  Or they are to be read in light of those constraints.  Either way the Treaty does no one a favor by failing to make that clear.  As it stands the provisions can only be read as aspirational. The provision limiting the re-opening of the merits of a foreign judgment should be unremarkable.  However, courts are unlikely to give up their authority to determine whether enforcement conforms to national public policy or constitutional limits as those are understood. That is taken up in Section 10 (sic 10). They include grounds of claim preclusion, violation of national due process rules (“the defendant was not given reasonable notice and a fair opportunity to present his or her case”), and a listing of traditional public policy exceptions well known to many judicial systems. However, these exceptions may be applied only on the request of a defendant.  They do not appear to be permitted to be raised by a court sua sponte.  Second, it is not clear what sort of proof would be required to be shown in order to prevail.  It is likely that each state would provide its own rules for burdens of persuasion.

Lastly, Sections 11 and 12 (sic 9-10) be read together. The first speaks to refusals of mutual legal assistance. The second touches on permitted reasons to decline to render mutual assistance.

Refusals are permitted under two circumstances—the first fairly narrowly tailored (“if the violation to which the request relates is not covered by this (Legally Binding Instrument)”), the second as broad as a large black hole in space (“if it would be contrary to the legal system of the requested State Party”).  Both bases of refusal raise issues.  The first goes to the scope of the Treaty.  But as it is now clear from a reading of Article 2, scope is itself a function of national willingness to extend the protections of the Treaty in municipal law. The provision of § 11 (sic 9) might be read as limiting the refusal to the broadest theoretical extension of the scope of the Treaty.  Yet that broad interpretation might not be appealing to states the judicial authority of which may be limited to the domestic legal order as it is, not as it might be. Second, the right of refusal if compliance would be contrary to municipal law is particularly troublesome—if one is seeking to limit the right to refuse mutual legal assistance. The problem is obvious from the text itself—a state can refuse to comply simply by enacting legislation that forbid compliance.  In effect, this small exception effectively voids the rule—but only if the state takes positive measures to make it so. Another way of thinking of this provision is that it effectively transform Article 10 as an opt-in provision.