The New Draft of the "Legally Binding Instrument to Regulate, in International Human Rights Law, The Activities of Corporations and Other Business Enterprises:" Part 13--Article 4 (Rights of Victims) Reflections (2) 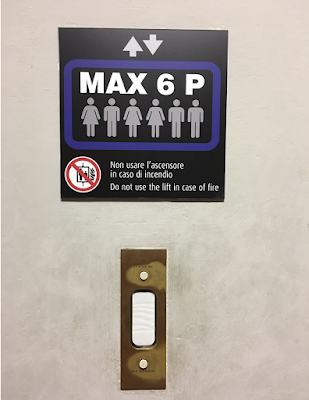 
This post continues a multi-part examination of one of the central elements of the Draft Legally Binding Instrument (DLBI)--Article 4 (Rights of Victims). These include its terms, its underlying ambitions, ideologies, and the feasibility of its gasp, given the constraints within which its authors are necessarily made to work. This is the first part of an examination of Article 4 was prepared by Flora Sapio.

In theory, everyone ought to be treated with humanity and respect for their dignity. Everyone ought to enjoy a right to fair, effective, prompt, non-discriminatory access to justice, and to the entire panoply of substantive and procedural rights. That is true regardless of whether a person has suffered harm or not. By devoting Article 4 to a separate category of rights and rights-holders, the DLBI can produce the unintended effect of restricting the scope of these and other rights.

The subject of the attributive relation are “victims”. Victims are persons who have been harmed by a crime, or by any other action. The word “victim” however carries other connotations — those of passivity and helplessness — that can conflict with notions of the autonomy of individual human beings. These connotations exist side by side with the meaning of “victims” as “persons who have been harmed”. They cannot be eliminated from this word. Yet, these two meanings of the word “victim” are detachable. One can be a victim because she was subject to harm. But, one can also be portrayed as a victim by those with a vested interest in constructing such a representation. One can choose to don the mantle of “victim” because, in this way, she can get what she wants at little or no effort. These meanings exist above and beyond the definition adopted by the DLBI. They will shape how the DLBI will be used, or taken advantage of. 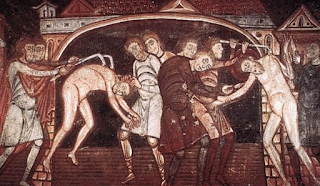 The object of the attributive relations are “rights”. If some rights are “of victims”, then those rights belong to or are possessed by victims. Alternatively, some rights originate from the condition of being a victim. According to General Assembly Resolution 40/34, 47/133, 61/177, 2005/35,  67/187  “victim” is an autonomous status in international law. All persons enjoy the same rights. When a person suffers a crime, she should be acknowledged as someone who has suffered a crime, be protected, receive assistance, obtain justice, compensation or restoration, etc. These rights exist for everyone, regardless of whether a person has suffered harm. They are always there to be claimed at the appropriate moment. They cannot be attributed ex post to any sub-group of human beings, which is what the choice of the word “victims” does.

The entitlement to the rights acknowledged by the DLBI then seems to depend on something else than the minimum common denominator of being a human  (having the body of a human being). Human rights are no longer an attribute of human beings, but a combination of discrete statuses, some of which can originate from harm, or even from mere allegations. If this was the intention behind the choice of the title for this article, then the rights listed by Article 4 would not exist in the context of business, until the very moment when they would be “triggered” by those who can prove a violation has occurred. Or by those who can reach a sufficiently broad audience, claiming that a violation has occurred. Allegations may, in principle, be made by NGOs, but also by States, supranational organizations, movements, or even business enterprises. Each one of these actors may, at the same time, be the object of allegations made against them, by anyone who could credibly speak on behalf of “victims”.

In any case, creating an attributive relation between “rights” and “victims” produces the following logical consequences:

a)     the rights listed by Article 4 need not exist in those States, businesses, territories and circumstances where no violations of human rights allegedly occur during economic activity. In the absence of violations of rights, there are no “victims”. And if there are no victims, the rights attached to them are not needed
b)    the rights listed by Article 4 do not exist for those persons who, due to the most diverse reasons, suffer an actual harm, but cannot enjoy the status of “victims”
c)     the “rights of victims”, and possible remedies to their violation, are of very limited or no concern to business enterprises, given how the DLBI “speaks” to the State and to “victims”
d)    in the “world” created by the DLBI, all those rights not listed by Article 4 seem to be of secondary importance to “victims”.