The New Draft of the "Legally Binding Instrument to Regulate, in International Human Rights Law, The Activities of Corporations and Other Business Enterprises:" Part 22--Articles 11 (international cooperation) and 12 (consistency with international law), With a Nod to Article 16 (Dispute Settlement) 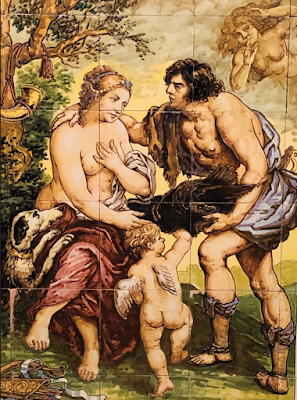 
This post continues with a consideration of the DLBI by examining Articles 11 (international cooperation) and 12 (consistency with international law). Consideration includes its terms, its underlying ambitions, ideologies, and the feasibility of its gasp, given the constraints within which its authors are necessarily made to work. This  examination of Article 10 was prepared by Larry Catá Backer.

Articles 11 (International Cooperation) and 12 (Consistency with International Law) With a Nod to Article 16 (Dispute Resolution): Technical Provisions With Normative Punch.


The last two Articles in Section 2 of the Draft Legally Binding Instrument (DLBI) consist of two provisions common to international agreements. The first, Article 11, in its two paragraphs touch on international cooperation, but beyond those referenced in Article 10's mutual legal cooperation treated before (here). The second, Article 12, in its six paragraphs, touches on the relationship between the DLBI, international law and municipal legal orders through and after the transposition process. We consider each briefly in turn.

Article 11 paragraph one obligates States Parties to "cooperate in good faith to enable the implementation of commitments under this (Legally Binding Instrument) and the fulfilment of the purposes of this (Legally Binding Instrument)." That obligation might be read together with Article 16 (Settlement of Disputes) which obligates State Parties to settle their disputes "by negotiation or by any other means of dispute settlement acceptable to the parties to the dispute." (Article 16(1)). Article 16(2) then specifies only two alternatives (subject, no doubt to reservation). These include submission to the Court of Justice, or to arbitration or both. If both are chosen, then Article 16(3) provides a suggestion about the hierarchy of choice. Together these raise a number of interesting issues.

1. A small drafting issue—Article 11(2) speaks to settlement of disputes to enable commitments under the Treaty AND the fulfillment of its purposes. Read literally it might suggest that disputes about cooperation might be limited to (and dispute resolution modalities might be activated only when) situations or events in which both predicates are satisfied. Yet that may not make much sense, especially in light of Articles 2 and 3 on scope and purpose. But there it is and for risk averse lawyers who might prefer to avoid an interpretive trap of unknown consequences, these small drafting points might pack consequences well above their perceived “value” to the core objectives of the Treaty.

2. Cooperation under the Treaty is limited to State Parties. Yet in this victim centered document, and one that also seeks to extend a protective shield to certain human rights defenders, Article 11 might have been a useful place to extend reciprocal rights to cooperation among all key affected parties. That would harmonize the principles inherent in Articles 4-6, and would realize in a useful way the scope and purpose provisions of Articles 2 and 3. Cooperation is central to the objectives of prevention, mitigation and remediation; and state duties under the Treaty will be impossible to implement through a strict top down traditional approach. The objection, that this is a treaty directed to states has surface appeal. And yet, there is no impediment for treaties to extend to non-State parties some of the benefits of the Treaty document itself, even if it would be undertaken in the context of direct state duty or within an obligation to provide for such rights within municipal law. And, indeed, it is hard to miss that Article 11(2) encourages cooperation “in partnership with relevant international and regional organizations and civil society.” Each of them—along with victims (Article 4) ought to be able to proactively participate in the management of duty in Paragraph 11, at least to the extent duty (to write this into municipal law or to act by direct operation of the Treaty) can be extracted from its text.

3. Article 11 Paragraph 2 purports to frame the scope of the cooperation contemplated in Paragraph 1. At its heart are three areas of cooperation:


a. promoting effective technical cooperation and capacity-building among policy makers, operators and users of domestic, regional and international grievance mechanisms;
b. Sharing experiences, good practices, challenges, information and training programs on the implementation of the present (Legally Binding Instrument);
c. Facilitating cooperation in research and studies on the challenges and good practices and experiences for preventing violations of human rights in the context of business activities, including those of a transitional character.

Like Article 11(1), Article 11(2) might be best read together with Article 13 and its establishment of something that might begin to function like a secretariat. That is useful. Yet by placing this here and without a cross reference to Article 13, the Treaty runs the risk of being read as limiting cooperation to the universe of activities that fall within those specified in Article 11(2)(a) – (c).

Article 12 serves, as do these sorts of provisions elsewhere, for the expression of the ideology of state supremacy in international law contextually framed by the needs that the treaty is meant to serve. It is in that context that Article 12(1) appears booth ordinary and unremarkable. It is also, as ordinary and unremarkable, quite amenable to infiltration by the traditional modalities of international law that makes extraterritorial application of the law of states with a mind to project their law in that way.

Notwithstanding art 7.1, nothing in this (Legally Binding Instrument) entitles a State Party to undertake in the territory of another State the exercise of jurisdiction and performance of functions that are reserved exclusively for the authorities of that other State by its domestic law.

It is not exactly clear what this means. One way of reading it to provide a waiver of the principle of sovereign integrity by allowing extraterritorial interventions when the host or receiving state consents. Another way of reading this text is that it applies only to that (undefined) class of activities that fall within a definition of “exercise of jurisdiction” and the “performance of functions that are reserved” to a host state by its own law. In that context, the application of Article 16 again becomes interesting. Thus, it might suggest that were Projecting State A to seek to project itself through law or control activities in Host State B, might Host State B find itself subject to dispute resolution under Article 16 (and especially the choices under Article 16(2), were it to enact blocking legislation. That would be an odd result under Article 12(1) but plausible. If that blocking legislation is deemed contrary to the Treaty but its invalidity be deemed contrary to the constitutional values of Host State B what result?

Article 12(3) characterizes the principles of the DLBI and its obligations as a minimum that can be altered to impose greater duty under the conditions specified in that question. Of course, the triggering standard-- “more conducive to the respect, promotion, protection and fulfillment of human rights in the context of business activities and to guaranteeing the access to justice and remedy to victims of human rights violations and abuses in the context of business activities”—invites incoherence in interpretation among jurisdictions. But this DLBI has already evidenced a substantial toleration of such dissonance in the service of permitting at least some (key influence driving) state to “do it right” as that might have been understood by the drafters. But guarantees are hard to make in the field of politics, and harder to make good where the burden is on a judiciary to help make it so.

Article 12(4) is yet another textual orphan in this DLBI. It provides that “The provisions of this (Legally Binding Instrument) shall be applied in conformity with agreements or arrangements on the mutual recognition and enforcement of judgments in force between State Parties.” Its provisions might have been more usefully placed at Article 10. Alternatively, a cross reference might have been useful. In any case, the provisions will be limited to the extent that such instruments are binding on the relevant states. It is likely that the drafters had certain key agreements in mind—referenced, of course in Article 10. Yet Article 10 might be read as effectively modifying them, so absent some harmonization, this provision creates an issue of interpretation.

Lastly Article 12(6) sets out the interpretation provisions of the DLBI. It consists of two parts woven together with the always dangerous-for-textual-interpretation connector “and.”

The first part is unremarkable. It imposes a reasonable obligation to ensure coherence among legal instruments. The proof is in the implementation, of course; but it always is. And it must be read in its temporal and essentially temporary sense. These sorts of provisions last only as long as the cumulative obligations to which they refer are not, in turn, superseded by a later in time legal instrument. This is also well known—to the elites who will be expected to operate this system for the benefit of those for whom it is written but who would be essentially incapable of making sense of its layers of complexity.

The second part also unremarkable but perhaps more interesting. It can be read in one of two ways. The first and more conventional way would be grounded in the essential constraining function of the word “and” between “compatible” and “shall.” That would require only that subsequent agreements should be developed in accordance with and interpreted in conformity to the understandings in the DBLI. That is an imperative that, as mentioned before, is only as binding as the will of the States Parties to remain committed to the Treaty. Just as a prior legislature may not bind future legislatures, this provision is unlikely to be useful as a means of disciplining future action. It is of course necessary to interpret this provision in light of the limitations of Article 15 on the applicability of protocols, but thew3 approach adopted in the DLBI is also unremarkable.

But it may also be possible to interpret the provision as permitting an action under Article 16 against states which, taking advantage of their authority to enter into these multilateral and regional agreements, do so in ways that might run contrary to the DLBI. In that event the provision could be quite potent. Lastly, and more as an aside, one might also be tempted to pull the language “interpreted in accordance with their obligations under this (Legally Binding Instrument) and its protocols” out of its context to suggest to courts the baseline for interpreting domestic law applications or transpositions of the state obligations under the DLBI—its ambiguities also potentially adding another area of litigation under Article 16.

In the next essay we consider the implications of this potential approach under the provisions of Article 14.